In September it has been muttons' turn to take a fall.

The flock isn't in any danger of increasing, so the question is what is behind the fall in mutton, and where will the bottom be?

Mutton isn't cheap but it has come off highs that have held for the best part of four months.

Recently the National Mutton Indicator (NMI) closed below 550 cents a kilogram for the first time since May, having lost 80c/kg, or 13 per cent since late July (Figure 1). 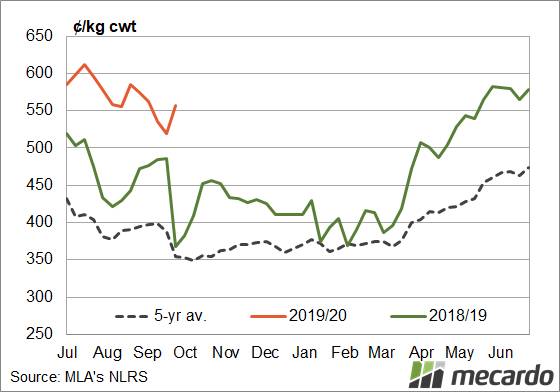 FIGURE 1: National Mutton Indicator. Late September generally sees an average fall of over 10pc for the NMI, but that it usually marks the end of the falls.

However, it has since bounced back slightly, moving back to 557/kg cwt.

It was this time last year that the NMI tanked dramatically, falling 24pc in the last week of September.

The five year average shows the NMI usually falls at this time of year.

The five year average trend also tells us that the start of October usually marks the low for mutton prices for the year, so there might not be a lot more downside.

Sheep yardings have been on the rise.

The mid-September sheep yardings were the highest since April.

At this time of year, it is usually NSW that drives sheep yardings and this appears to be the case again.

NSW contributed 72pc of east coast yardings, which should come as little surprise, given the weather.

Sheep slaughter is tracking close to the five year average, and it's hard to see it rising to last year's levels (Figure 2). 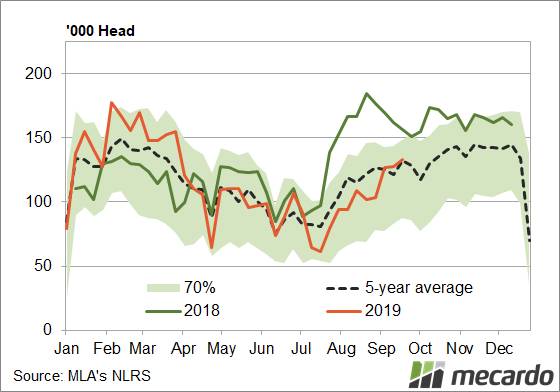 FIGURE 2: East coast sheep slaughter. Saleyards contribute a large portion of sheep slaughter. Around 130,000 head were slaughtered on the east coast last week. With yardings around 95,000 head, the smaller proportion is coming over the hooks.

There should be an increase in slaughter in November but historically it's not enough to see prices ease.

The rise in sheep supply should come to a halt soon, as should the fall in price.

A NMI low of 450c would be a good result for those selling sheep, and prices are likely to quickly recover when supplies tighten after spring.

With the recent rally, we might have seen the bottom of the mutton market, at levels which were record highs not that long ago.