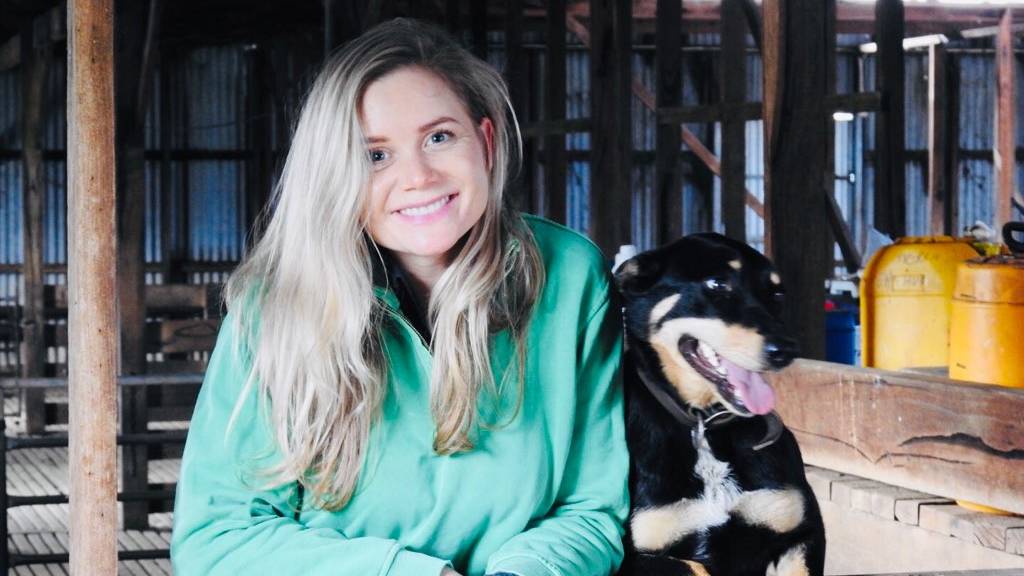 Victorian vet Dr Elle Moyle is one of two Australians shortlisted for the 2020 Zanda McDonald award.

Dr Elle Moyle sees the impact Zanda McDonald had on Australian agriculture as a inspiration for what she'd like to achieve.

Dr Moyle has been shortlisted in the 2020 Zanda McDonald Award, which provides a mentoring program and bespoke study package for the eventual winner.

Next week she will join the five other shortlisted candidates in Wellington, New Zealand, for the next round of judging.

The finalists will be announced next month and the winner in March next year.

For the past three years Dr Moyle has been the district veterinarian with Victoria's Department of Agriculture, based in Hamilton in the state's Western District.

On top of that she has her own farm and is involved in her family's Angus stud.

"I have my own property where I run commercial heifers and sheep," she said.

"My family has the Pathfinder Angus Stud, which has been operating for around 25 years, and I also help with that."

Dr Moyle graduated as a vet in 2014 from Charles Sturt University and before joining the department worked in Adelaide, North Queensland and overseas.

While she knew about the Zanda McDonald Award and the man it's named after, the decision to apply came after an approach from some of its backers.

"I was approached by some members of the Platinum Primary Producers group and they put me forward," she said.

"I knew Zanda McDonald, and I'd heard about the award and thought it was a great initiative."

If Dr Moyle is the eventual winner she wants to see what the best and biggest primary producers are doing that makes them successful.

"I've got a few places in mind which I'd love to check out," she said.

"I want to check out what is the best in the industry, especially beef, but also with sheep.

"I've been to a few of the Australian Country Choice feedlots and the scale of those guys is just amazing, so I'd love to learn a bit more about that."

While she sees herself at the start of her career in agriculture, Dr Moyle would one day like to be a leader.

"I'd love to be involved in the future of agriculture, whether that means providing insight in an area I know about, or something else," she said.

"I'm just in the early stages of my farming career, but looking at every opportunity that I can get."

Right now she's happy to be moving to the next stage of the award.

"I'm very humbled to be shortlisted," she said.

"Anyone who doesn't know who Zanda McDonald was should have a look at what he did.

"He was a great Australian and quite inspiring."

Michael Graham is the other Australian shortlisted candidate, and you can find his story here.

The four New Zealand candidates are:

Mr Raharuhi is the Manager of the Buller Complex for Pamu Farms NZ, which is also known as Landcorp and oversees three dairy farms and is part of a dairy support and a machine syndicate.

Mr Woodhead is a sheep and beef farmer, running a 400 ha property and was 2017 Young Farmer of the Year.

Mr Harpham is a senior business manager with Pamu Farms NZ, overseeing its sheep, beef and deer operation in the Southland district.

Mr Robertson is a business graduate and trade strategist with Fonterra, but grew up on the family farm in the Waikato and has a passion for sustainable food production and engaging youth in the primary sector. 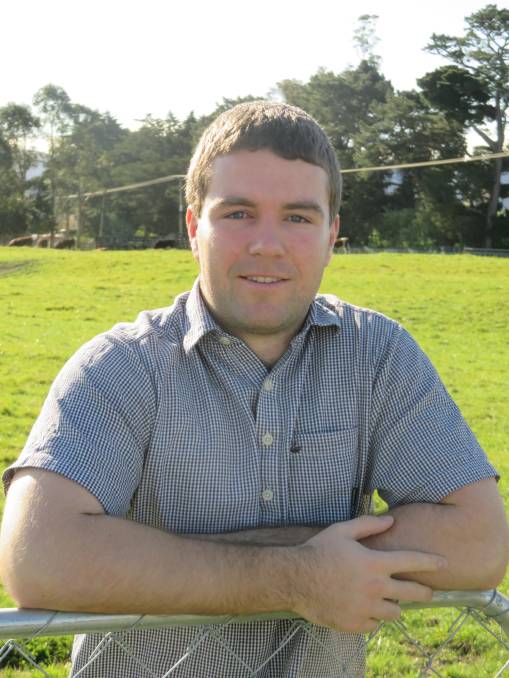 The publisher of this masthead, Australian Community Media, is a major sponsor of the Zanda McDonald award.