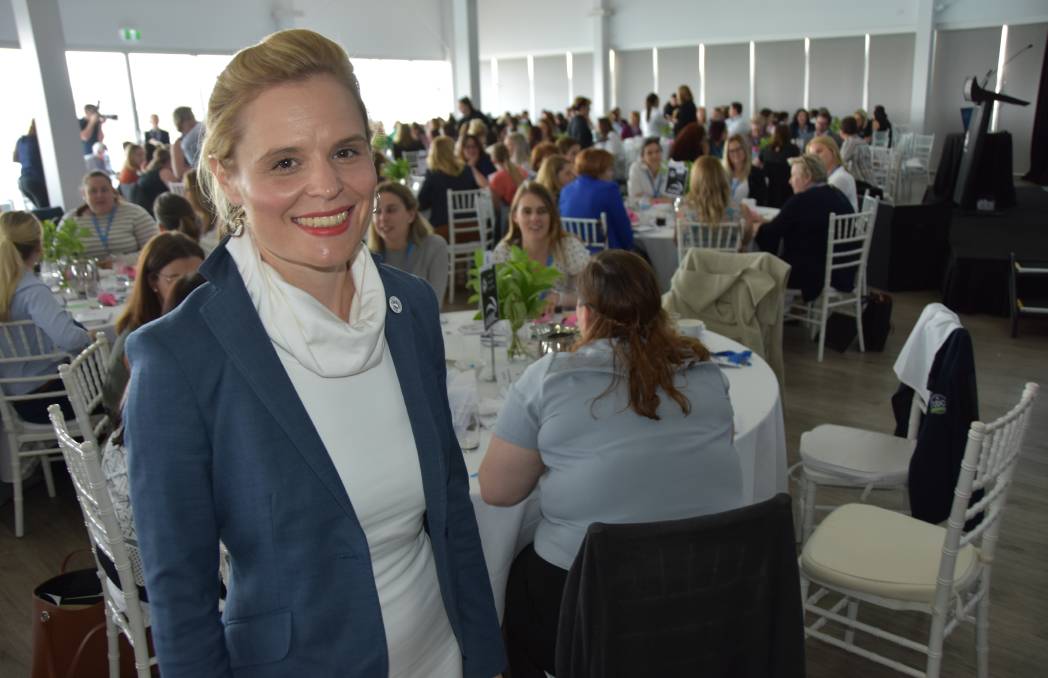 THE words social licence won't be a part of the red meat industry's key plan for investment of levies out to 2030.

To be launched in Canberra next week, Red Meat 2030 sets the strategy for the $1b-plus coming into the red meat industry's three research development corporations, Meat & Livestock Australia, Livecorp and the Australian Meat Processing Corporation, over the next ten years.

It is the result of lengthy consultation throughout the year, facilitated by the Red Meat Advisory Council, whose chief executive officer Anna Campbell yesterday provided a 'sneak peek' at the Meat Business Women networking event in Brisbane.

No longer would the red meat industry be asking permission to be in business, she said.

Rather, the influential document would contain talk of two-way trust, respect and a bank of good will.

"It will see core investment in community education and advocating to decision makers as we view growing good will equally as critical as growing our bank balance," Ms Campbell said.

But to have a good will bank, there was also the need for a real bank, she said.

"I am frequently asked why red meat doesn't have campaigns on the scale of the likes of the Minerals Council of Australia, who spend around $5m a year on community relations," Ms Campbell said.

"We have made a head start by collaborating with MLA in establishing our first ever industry affairs unit."

More than 250 people, most of them women, attended the Brisbane event yesterday, which was part of the Australian arm of Meat Business Women, a UK initiative centred on shaping the image, culture and landscape of the red meat game to make it attractive to female talent, and to support the women already working within it.

The Australian Meat Industry Council has been instrumental in its development in Australia and hosted yesterday's day of networking.

Ms Campbell was one of a long list of high-calibre speakers.

She said Meat Business Women would be "the engine room of change as we look towards the next ten years in this industry" - the drivers of so much of what was in Red Meat 2030.

The strategic document mapped out a baseline for the regulatory imposts red meat businesses deal with and recommended innovative solutions to cut through these, Ms Campbell said.

"We need to disrupt our regulators when it comes to the attitude towards compliance," she said.

"Here in Queensland it takes around 300 pieces of legislation to produce a single piece of steak.

"Compliance costs for businesses in red meat absorb up to 25 per cent of profit margins.

"It is time we start telling governments what we need in their own language and within areas they can actually influence.

"Let's use our relationships with MPs and senators more effectively and use MBW as a relationship builder."

Ms Campbell said with prolonged and severe drought there was the need to quite seriously look at policies like a payroll tax holiday and grants, not loans, from government lenders.

Red Meat 2030 would also invest in a stocktake of the skills the industry needs to attract, including the jobs that don't exist in 2019, she said.

"It will map out a pathway for how we will make our industry as cross supply chain, diverse, inclusive and high performing as possible," Ms Campbell said.

"MBW will be the champions, deliverers and advisors of this work. If you wanted a job, you've got it."

Ms Campbell also challenged the industry to provide a clearer narrative to governments and customers, through a more efficient series of organisations.

She made reference to the independent appraisal of industry structure, known as the Memorandum of Understanding review, which recommended the formation of a single red meat service provider and one powerful organising force called Red Meat Austalia that oversees every aspect of levy expenditure.