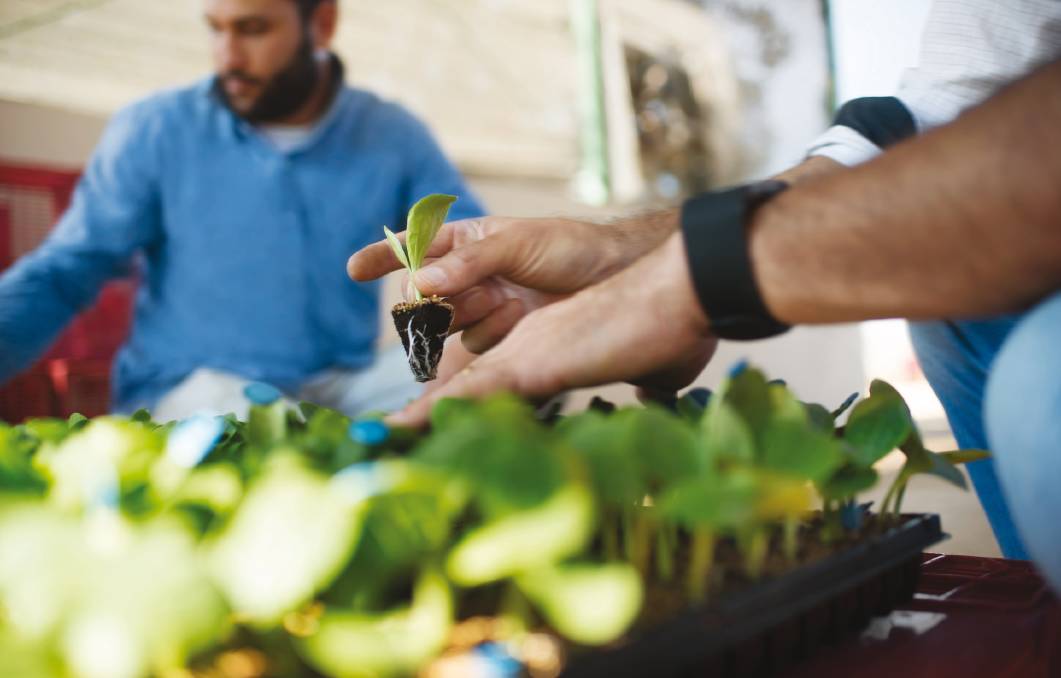 CROPPING: A discussion over whether modern agriculture could exist without crop protection products brought out thoughts around crop efficiency and farming techniques. Photo: Bayer.

THE provocative theme of "a world without crop protection" has brought out the need for more cooperation between various ends of the farming world.

The panel session was part of the Bayer Future of Farming dialogue in Germany recently.

A researcher for 40 years at University of California, Mr Altieri, said insects weren't the problem, farming systems were.

He said about 80pc of land was under monoculture

"In the US we have more than 500 species of pests which are resistant to pesticides," he said.

He agreed that farming systems had become very input dependent.

"What happens if we stop using them? Catastrophic failure," he said.

He urged farmers to get out of reactive systems.

She said farmers in her region used pesticides, insecticides and herbicides but perhaps not to the correct amounts simply because they couldn't afford to.

This then meant crops were not as successful as they could be which could potential lead to hunger issues.

"In some countries, they don't have the finance to access crop protection," she said.

"I can plant other crops to help protect it but it's already enough hard work to grow the main crop.

"If I have the extra challenge of planting a crop that I may not even need, it takes up space. It's a luxury I cannot afford.

"The farmer sprays more than 10 times. If he didn't spray, he wouldn't have a crop."

As someone who had transitioned from "fashion to farming" she said it pained her to watch her country have a proud tradition of ornate clothing but import all its cotton.

He said taking away crop protection products would see crop yields drop by 40pc which would have a huge impact on farmers and communities.

Crop rotation and cover crops were brought up as practical means of helping suppress unwanted pests and diseases.

At the other end of the size scale, Mr Dover said he purposely planted "service crops" to avoid having land sit idle and build up organic matter, while also varying the crops planted through strategic controllable rotations.

There was general agreeance that some of the more biological growing practices could benefit bigger producers. 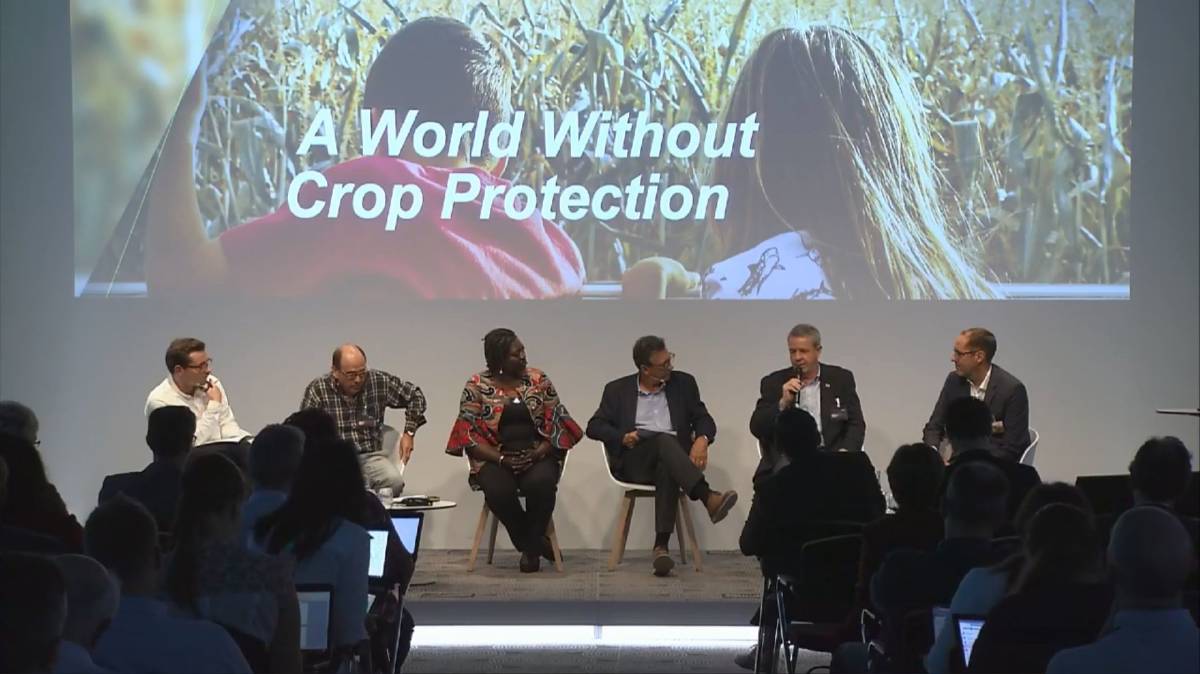 DISCUSSION: The panel discussing the issue of a world without crop protection at the Bayer Future of Farming dialogue in Germany.

"You see a lot of practices which find their way back into conventional farming," Mr Terhorst said.

The University of California's Professor Altieri said some of the older techniques used in developing nations paid good dividends.

"These farmers are poor farmers. They can't afford these pesticides and actually, their systems, at least 50 per cent of them, are using old techniques like intercropping, crop rotations and cover cropping, agroforestry, symbiotic systems - all systems that, when you look at their total activity as total output, not the output of one particular crop, they are much more proactive than monoculture," he said.

"They are more energy efficient. You put one kilogram in, you get five, 10 back. In modern agriculture, you put one in you get 1.5 because of the inefficiency of the system."

Embracing greener techniques and reducing chemical use was not an easy road, according to Mr Dover.

"Everything Miguel says makes total sense but how you get there is difficult," he said.

Bayer's Frank Terhorst said a future with less chemical use would be achieved through cooperation.

"It needs to combine traditional and new technology. Farmers need choice. Farmers should and can pick from what's best for their operations," he said. 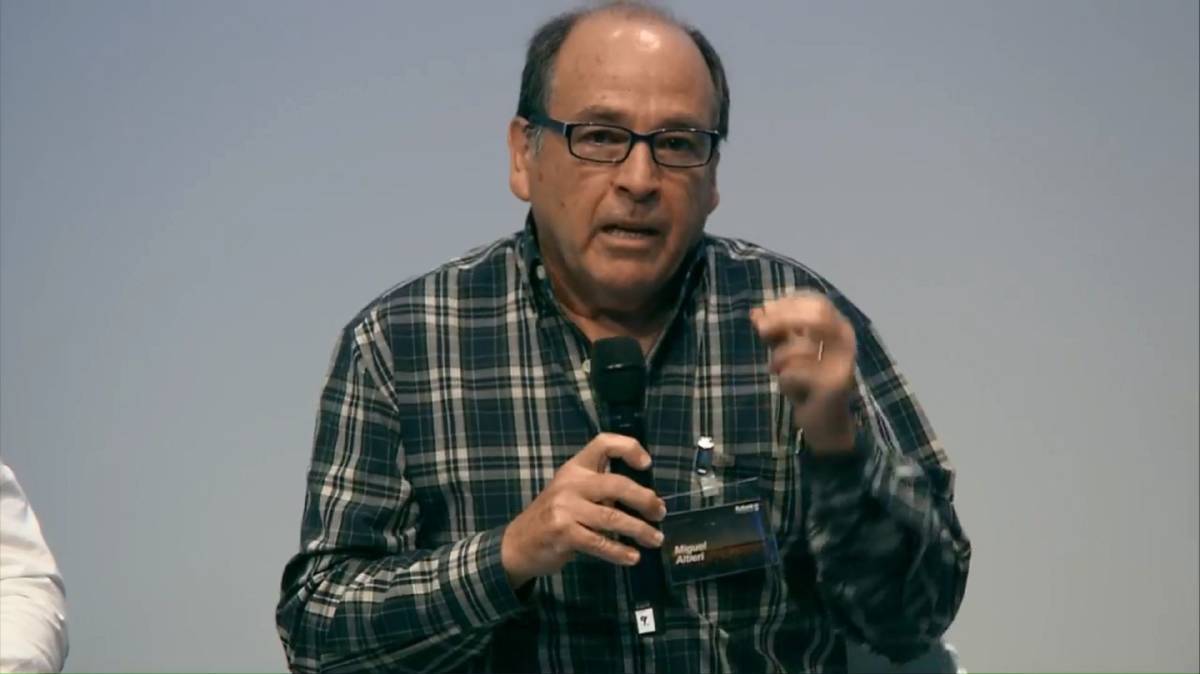 TECHNIQUE: Professor Miguel Altieri, University of California, says there are benefits to some of the smaller scale farming systems used in developing nations which have greater efficiency despite a lack of access to chemical products.

"I am very confident that in five years from now, we will have a very different conversation."

Professor Altieri said agriculture needed to integrate so many other factors.

"In our approach, we don't improve yields but we reduce other parts," he said.

Mr Dover said it was about agriculture trying to "jump to a new curve".

"You always have to be challenged to get the same yield with less inputs," he said.

"Let's open our minds and work together."

Part of that will include listening to the farmers in developing nations as opposed to delivering to them what is assumed they require.

Always letting the farmer have a voice will be key to progress, according to Ms Koku.

"If you give me an airplane and what I need is a motorcycle, you haven't helped me much," Ms Koku said.

"You could save billions in hearing what we need."

The story Chemicals needed but so is cooperation first appeared on Good Fruit & Vegetables.