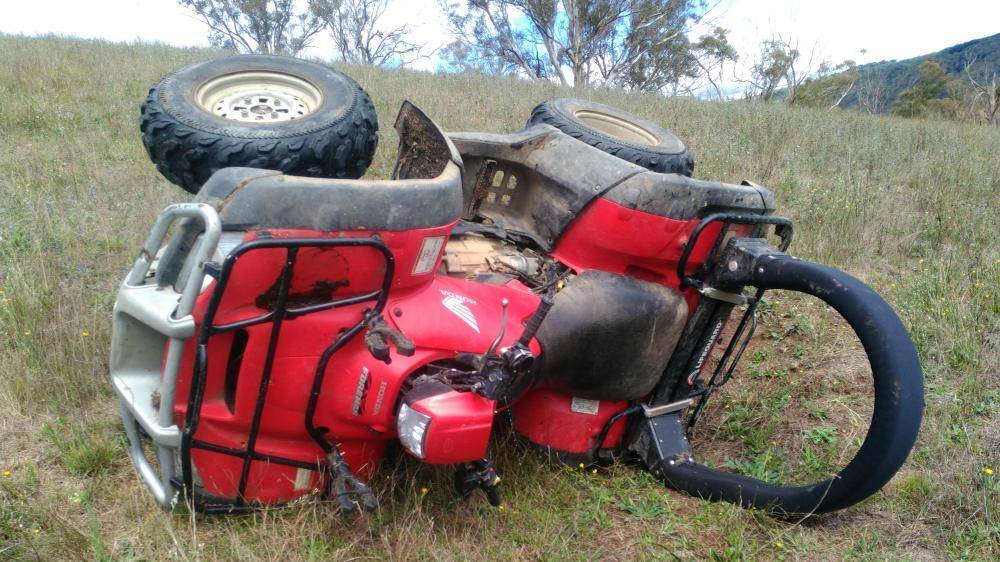 Roll bars, also known as operator protection devices or crush protection, are designed to prevent death by crushing or asphyxiation.

The federal government has responded to calls from the consumer watchdog, farmers and community groups, announcing today that roll-over protection will be mandatory on all new quad bikes within 24 months.

In February the Australian Competition and Consumer Commission issued a report which recommended government mandate operator protection devices be fitted on all new quad bikes sold in Australia.

Since 2001, 230 people have been killed on quad bikes. About 60 per cent of all quad bike accidents are caused by roll-over.

From 2011, on average 16 people a year are killed in a quad bike accident, and an estimated six people a day present to an emergency hospital department with at least two of these admitted with serious injuries.

Assistant Treasurer Micheal Sukkar said quad bikes were the leading cause of fatalities in Australia that are caused by unregulated products.

"This safety standard aims to address the high risk of rollovers, which is especially important for many of our farmers and their families who use these vehicles daily," Mr Sukkar said.

Along with the compulsory fitment of operator protection devices the government accepted other recommendations made in the report, mandating that quad bikes must:

Under the changes, within 24 months, all new general use model (utility) quad bikes must be fitted with an operator protection device, or have it integrated into the design in a way which will meet minimum stability requirements.

Prominent manufacturers, such as Honda and Yamaha, along with industry body the Federal Chamber of Automotive Industries have strongly opposed mandatory roll-over protection, arguing instead that behavioural changes such as helmet use, as well as preventing children and passengers from using quad bikes, would be more effective.

These behavioural changes and administrative controls, while recommended by the ACCC report, are not in the scope of the consumer body and would need to be legislated through other state-based mechanisms. 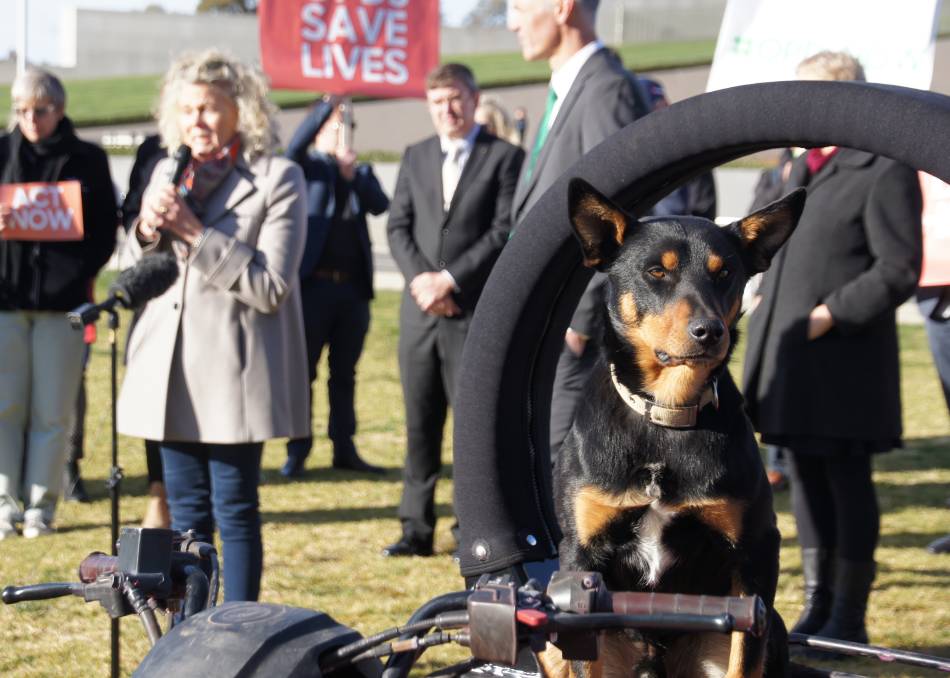 Slim the dog showed the crowd at a rally at Parliament House, Canberra in Spetember that dogs can easily mount a roll-over protected quad bike.

"Operator protection devices have been proven time and time again to shield riders in the event of a rollover preventing life-ending or life-altering injuries."

ACCC deputy chairman Mick Keogh said the changes would be an important step toward a necessary improvement to on-farm safety.

"We know that around 60 per cent of quad bike fatalities are caused by rollovers, and the operator dies from asphyxia in around half of these," Mr Keogh said.

"Research indicates that roughly 50 per cent of these operators would have survived the crash had they not been crushed or pinned by the quad bike."

"The science behind the draft is both faulty and selective. Yamaha Motor Australia has advised the ACCC that behaviour is easily the biggest contributing factor to ATV safety," Mr Ryan said.

In July the US referred Australia's mooted ban to the World Trade Organisation as a potential trade barrier.

"The United States has had a number of quad bike deaths and there's a feeling that an admittance by the manufacturers that a roll-over bar needs to be fitted might be about the legal aspects of the situation," Mr Coulton said.

The ACCC said in a statement it "strongly urges" state and territory governments to continue to support complementary safety measures, such as helmets, protective clothing, prohibiting children from riding adult-sized quad bikes, and a further rebate schemes to uptake of roll-over quad bikes currently in use.

The government has been under significant pressure to mandate roll-over protection after a prolonged campaign from the National Farmers' Federation, Australian Medical Association, Royal College of Surgeons, Rural Doctors Association of Australia, Royal Flying Doctor Service, National Rural Health Alliance, National Rural Women's Coalition and the Country Women's Association of Australia. Along with more recent calls from the Australian Workers Union, Labor and the Greens.