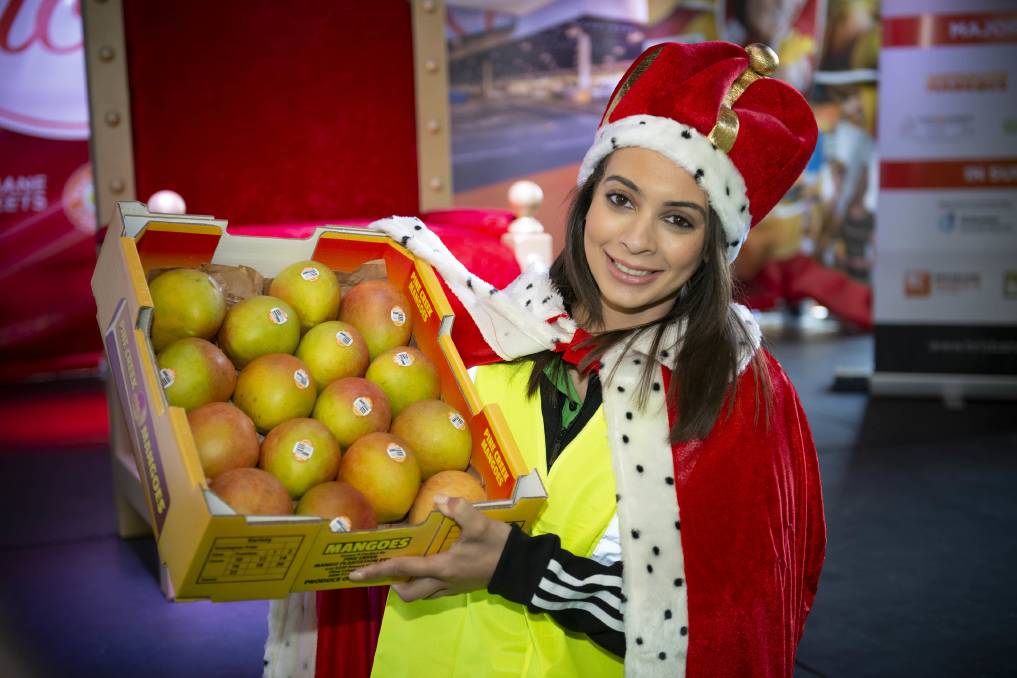 SOLD: The 2019 Mango Monarch, Alexandra Catalano, Nguyen's Farmers Market, with the first season tray of mangoes which she paid $25,000 for at the Brisbane Produce Market Annual Charity Mango Auction in September.

THERE'S a new queen in town, and she's very fond of mangoes.

So fond in fact, she outbid herself at one point.

Ms Catalano works at Nguyen's Farmers Market in Underwood and Waterfort, and Discount Fruit Barn in Harbour Town and Helensvale.

Crowds of bidders attended, eager to dig deep and raise their paddles for a range of auction items including the sought-after mango tray, raising a total of $34,841 for Diabetes Queensland and the MND & Me Foundation.

Ms Catalano said mangoes are a summer favourite for Queenslanders and the Annual Charity Mango Auction was the perfect way to give back to the community.

"I used to come to the markets when I was a little kid, with my dad, Alf who owns Spuds and Plums in Garden City," she said.

"I used to see the lights and the camera and think how cool it would be to be on TV. As I got older I always wanted to get up here and do this one day, and this was my year. 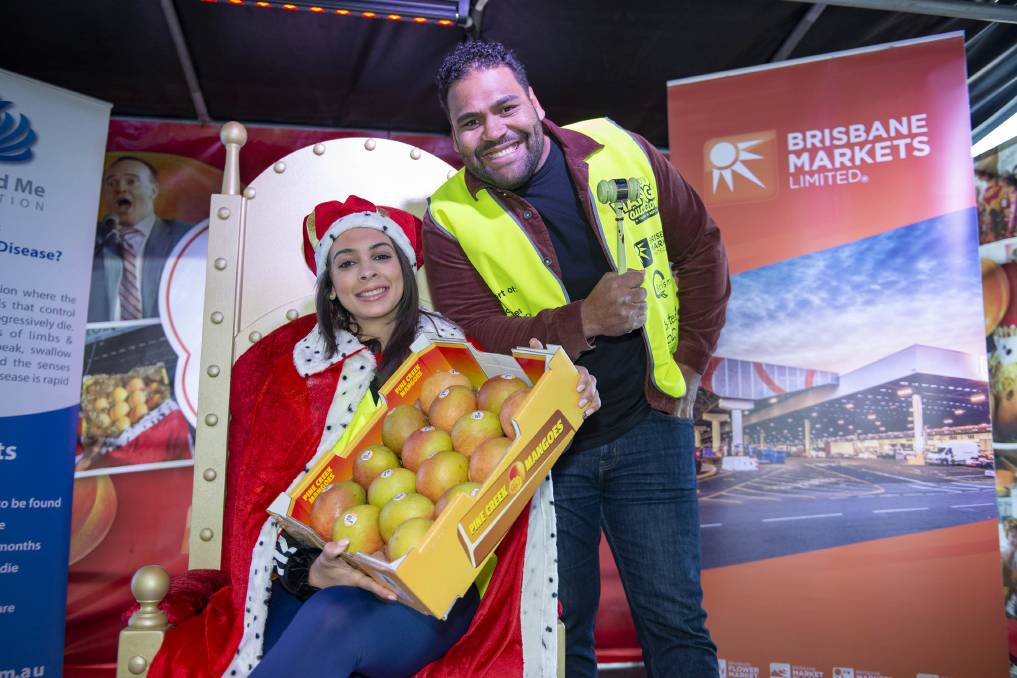 "I have a few diabetics in the family and I've known two people whose lives were unfortunately claimed by Motor Neuron Disease, so I'm very happy to be supporting these charities.

"I'm so excited to be the Mango Queen. I was determined to win this year, so much so that I actually outbid myself at one stage, I was so excited," she said.

Adding to the morning's fruit frenzy, former NRL player and Your Local Fruit Shop ambassador, Sam Thaiday, scored first place in the hotly-contested Mango Seed Squeeze competition, which saw participants squeeze a mango seed as far as they could from a slippery mango skin.

Squeezing it "out of the stadium", Mr Thaiday's winning seed travelled more than 4m, earning him bragging rights as the ultimate mango seed squeezer. 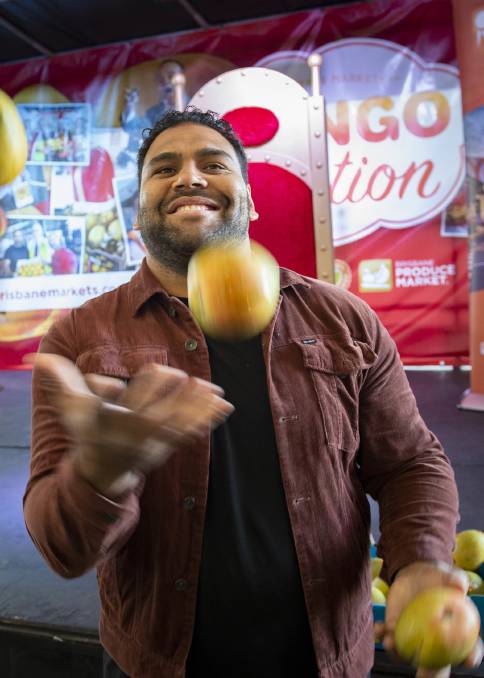 Brisbane Markets Limited chairman, Tony Joseph, said the Brisbane Produce Market hosts the only Mango Auction in the country, and annually brings fruit shop owners and mango fanatics across Brisbane together for the high-stakes event.

"Mango season is one of my favourite times of the year, and our annual mango auction is the perfect way to remind us that summer's on the way," Mr Joseph said.

"With the winning bid for this year's symbolic first tray of mangoes and our combined fundraising activities associated with the Mango Auction, we are thrilled to donate over $34,841 to our charity beneficiaries in 2019."

Since 2002 the Brisbane Produce Market Annual Charity Mango Auction has donated just shy of $1 million to charity thanks to the generous support of bidders and attendees each year.