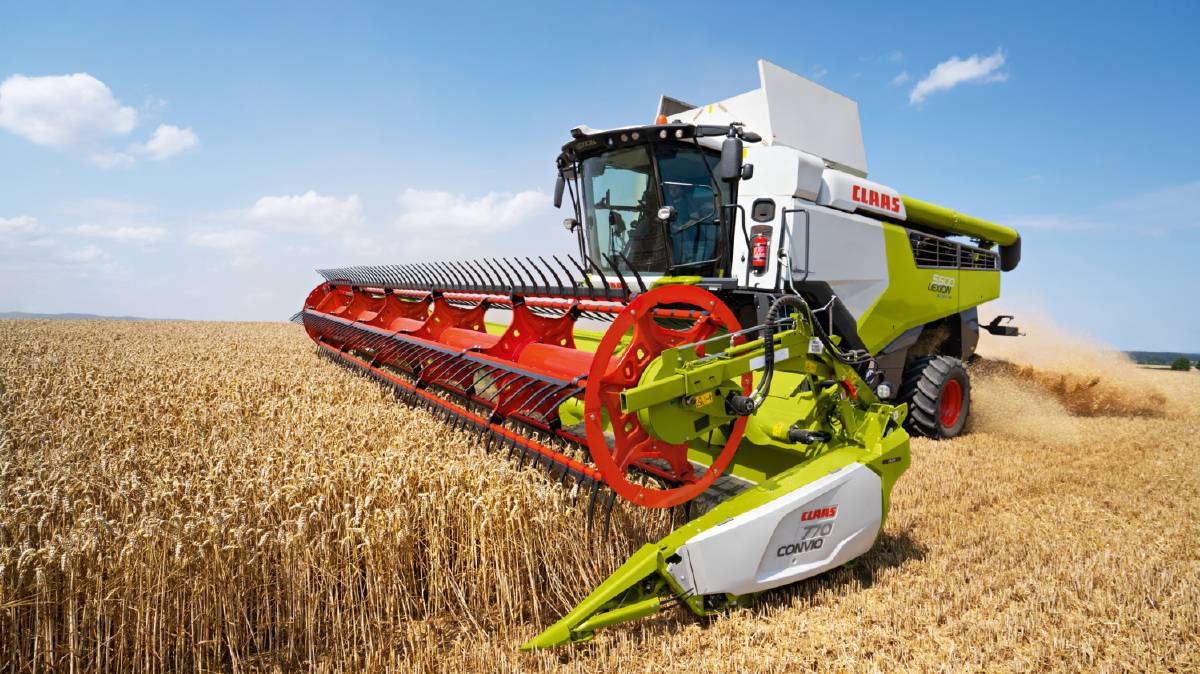 WINNER: Claas have been awarded an Agritechnica silver medal for the new APS Synflow Walker threshing unit found on the new Lexion 6000 and 5000 series of 'straw walker' combine harvesters.

Judged by an independent panel appointed by Germany's agricultural society, the DLG, Agritechnica innovation medals are considered one of the most prestigious agricultural machinery awards in the world.

"The large drum diameters create low contact angles that, together with the synchronisation of the drum speeds, enable a straight, gentle and fuel-saving crop flow."

The second silver medal was awarded for the Cemos Auto Chopping technology, also featured on the Lexion 5000/6000 series.

"This system continuously determines moisture content and straw throughput before automatically adjusting the positions of the counter knife and friction base in the chopper to best suit the current conditions," he said.

"Using the CEBIS terminal, the driver simply specifies whether they want the highest chaff quality or the highest efficiency.

"This technology can reduce fuel consumption by 10 per cent."

"Claas is recognised as world leader in machine optimisation systems and now this proven technology has been applied to its forage harvesting platforms," he said.

"This system automatically regulates engine power and driving speed according to harvesting conditions.

"As load increases, engine power is increased and forward speed is reduced.

"Conversely, engine power is reduced automatically if the load decreases.

"The goal is to avoid abrupt load changes whilst maintaining a relatively constant engine speed.

"This results in an even crop flow, higher operational reliability and lower fuel consumption - plus it makes life so much easier for the operator."

Claas said the three innovations will be displayed at Agritechnica in November and will be available in Australia from late 2020.