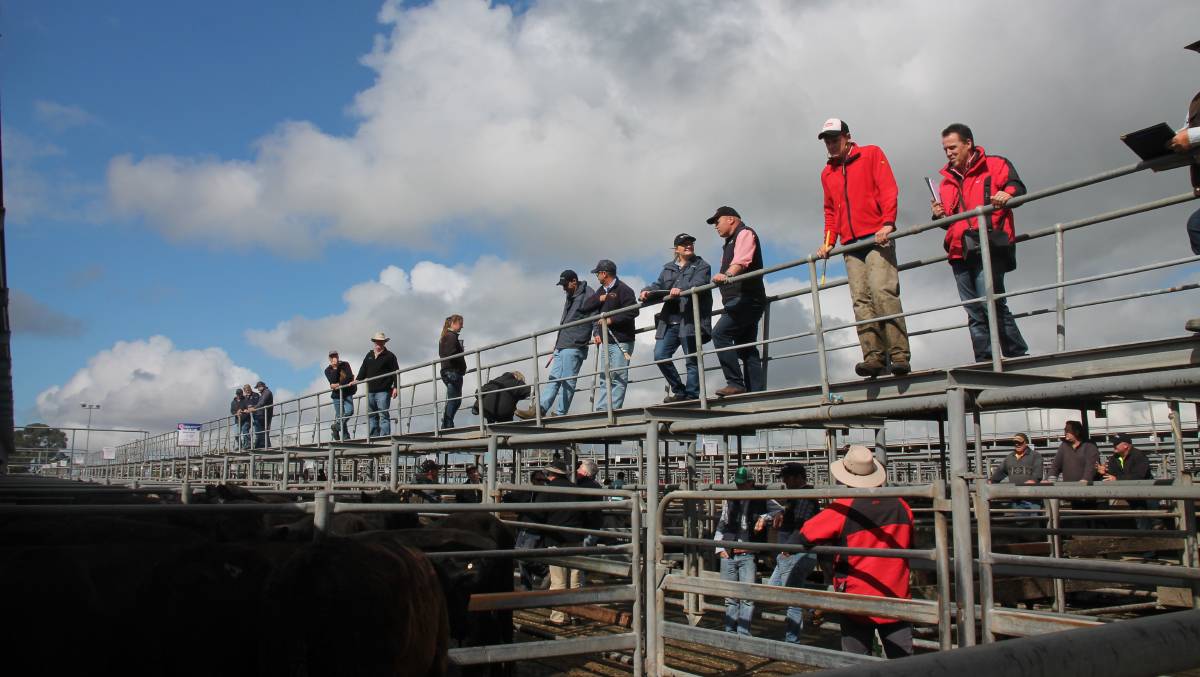 While large parts of Australia remain in drought last week's good rain across Victoria and south east South Australia means there is growing confidence among producers about the upcoming summer.

Those falls of up to 10mm come on top of a wet winter across the south, and that's clearly evident west from Melbourne to Mt Gambier.

On Friday Mount Gambier combined agents had a small offering of 886 head, which met strong demand from local buyers, with the market up by at least 15c/kg on the September sale.

Feedlot buyers were in attendance but the willingness of the local restockers to pay well meant they didn't dip their toes in.

In September there was local concern that the follow up rains wouldn't arrive and summer would dry off the feed.

Andrew Whan from Miller Whan and John said they now think they'll be right for the warm weather.

"We'll definitely have a good season," he said.

"From south of Kingston through to the Western Districts, we're pretty confident now, and you can see that with the prices paid."

Director of Green Triangle Livestock Chris Manser said there was definitely concerns about the season last month, but not now.

"We didn't get rain until well into May but since then it's hasn't been going to bad.

"It's been cold up to now, but the feed's starting to grow and get away."

What was noticeable at Mount Gambier was no offerings of the young, smaller and lighter cattle which have come out of the drought stricken pastoral areas of South Australia.

Mr Manser said they were being sent down for previous sales, and they proved hard to sell.

"We were seeing that earlier when we were having bigger yardings of up to 3000 head," he said.

"Certainly those smaller cattle have been hard to move, unlike the heavier cattle which have been OK because of the feedlotters.

"So we did see a bit of cheaper trend there."

With lotfeeding still a popular option for many producers Rabobank has released a new report looking at the cost and supply of grain and the future impact.

The report The Australian Feed Grain Squeeze found Australia's grain 'balance sheet' is set to materially tighten over the next decade, with increasing demand for grain to feed livestock - coupled with growing human consumption.

Livestock feed will take an increasing proportion of Australia's domestic grain supply, the report said, driven by a rise in the number of stock being lotfed to satisfy local and international demand for red meat.

Rabobank senior grains analyst Cheryl Kalisch Gordon said as well, while there has been a fall in the human consumption of wheat and other coarse grains, Australians will still consume more grain due to population growth.

"This will see an increase in demand for cereal grains in Australia," she said.

"The domestic appetite will also be augmented by a strongly-growing demand for Australian beef and lamb in export markets for at least the next five years.

"As the global protein market resets as a consequence of the African swine fever epidemic in China".

On the supply side, the report says, production growth will not be able to keep up with the forecast increase in demand over the coming decade.

Dr Kalisch Gordon said they expect Australian cereal grain supply to increase by just 0.4 per cent annually over the next 10 years.

"In the absence of any new technologies that offer step change improvements we do not expect future yield growth to exceed historical growth trends," she said.