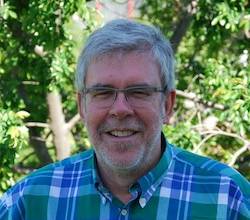 The October United States Department of Agriculture Report was not friendly for the wheat market. Global ending stock estimates were raised by 1.3 million tonnes, with 800,000 tonnes of that increase being accounted for by the United States.

Although production declines were factored in for the US, a lift in opening stocks, and reduced feed use and exports, saw US stock estimates rise. Less wheat is being used for feed in the US than had been projected for this year. On the export front, US wheat prices continue to be high relative to EU and Black Sea prices, limiting the expected growth in exports for this year.

Globally wheat production has been lowered with a 1mt cut to the Australian estimate, to 18mt. Many local forecasters would say this is still too high by 1 to 2mt. There were also cuts to the US, Canadian and Serbian crops, but a 1mt increase for the EU and 700,000 t lift for Turkmenistan saw the drop in output cut to 300,000t.

World wheat trade numbers have also been lowered by 1.2mt, led by a 1mt drop in Australian exports, and reduced imports for the US, Turkmenistan, Venezuela and Kyrgyzstan. Allied with that is a 1.1mt drop in global consumption, driven largely by an 800,000t drop in feed use in the US. Probably for the wheat market the report was as expected. Declines in production and exports from Australia have been more than covered by increased output for the EU and parts of the Black Sea. Reduced feed use in the US had also already been flagged in the US Stocks Report at the start of October.

Where the grain markets were surprised by the USDA Report was with corn. The market had been expecting a yield decline as well as a drop in harvested area. What the USDA reported was a lift in yields that offset more of the production drop due to a reduced area, than had been expected.

The sharp decline in corn prices dragged wheat down and kept soybean prices from rising as well. Corn gave up some of the gains over the past month, that had made US corn uncompetitive in world markets anyway.

However, the losses recorded after the USDA Report were short-lived, with prices jumping sharply on Friday night in response to a positive trade outlook for agricultural products in the US/China trade negotiations.

The markets moved into short covering mode, with sharp gains for corn and wheat. Again, wheat got dragged along by corn, but whatever the reason, it has allowed the wheat market to not only trade above 500 USc/bu, but to decisively close above that level as well.