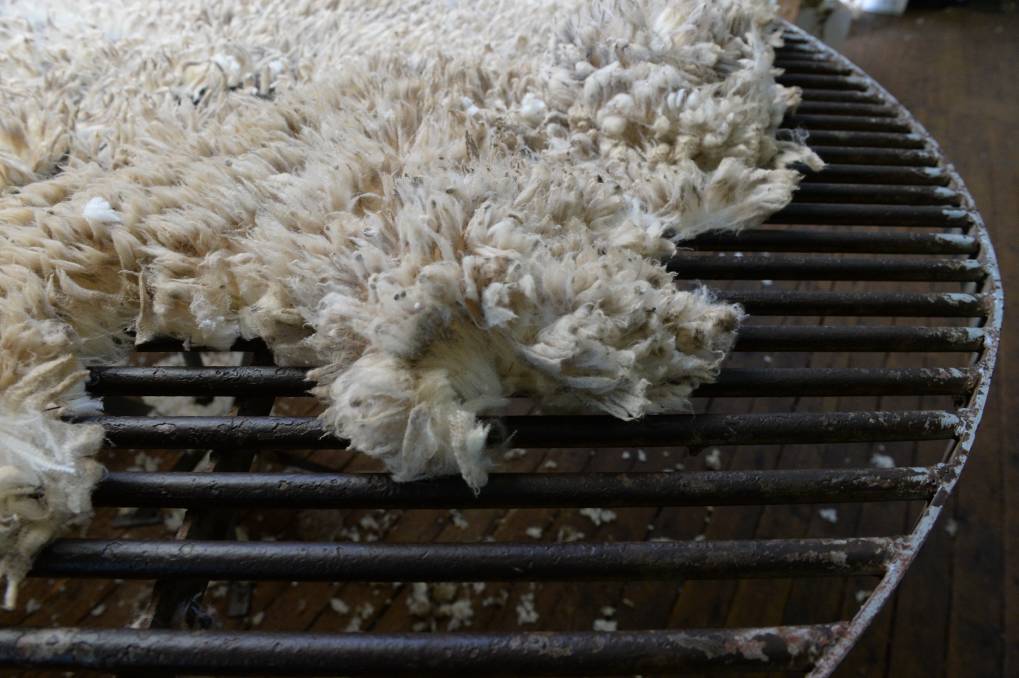 Last week the wool market rose by 30 cents a kilogram.

Last week the wool market rose by 30 cents a kilogram.

The wool market yo-yo continues with almost monotonous regularity and of course, last week was an "up week" so we saw the wool market rise by 30 cents a kilogram.

With much of the buying and processing fraternity becalmed in the October lull, the small volumes on offer during this "spring flush" make the market prone to over-reactions in each direction.

The previous week saw a decrease, which was then reported as having gone too far, so consequently last week we saw a correction of that swing and the market rose again.

Those "good" wools from the areas in Australia currently not suffering from dry conditions and ticking all the boxes for the processing trade in terms of preparation, are moving less than the lower style wools.

Buyers have more constant orders for the better wools, but are restricted in the quantity they can buy; hence the discounts open up, and when activity heats up more volume is needed, and the outliers are pushed into orders when they have been neglected the previous week.

This causes huge swings in price for types at the margins, so whilst we saw a gain of 32c/kg in the basket called the Eastern Market Indicator, individual micron price guides jumped by as much as 77c/kg and even more for some specific quotes.

The adjustment last week for the previous over-correction, two weeks ago, which had been in response to the market going too high three weeks ago when it corrected from the previous drop four weeks ago, was fuelled by a smattering of domestic demand in China.

Buyers scrambled to fill near-term orders in the market from one of the large retailers, but then searched in vain for follow up orders to have a crack at.

Uniform work in China is steady, but not providing any great stimulus in the market.

Composition of worsted fabrics has swung back towards 100 per cent wool, with the proviso that prices remain around current levels, otherwise the polyester extrusion machines will be cranked up again.

Hopefully more significant orders will come to the market shortly, but in a catch 22 situation the retailers are watching and seeing the market gyrate a bit too much for them to be comfortable making a decision to push the button and place significant volumes of orders, so they sit on the sidelines only drip feeding enough orders to keep everyone hungry.

After four terrific years of a more or less, constantly rising market, many people are wondering if the wool industry is such a good thing to be involved in.

From a production point of view, it still leads most other enterprises by a long shot in terms of return per hectare, and despite the recent price activity, there is still a magnitude less risk involved than growing cereal crops.

Those involved in broking, buying and exporting are spending a lot of time around the boxes on the show floor pondering future price levels - which is fairly simple at present, just turn last week's market report upside down.

Those in the processing trade, particularly the younger brigade with only one or two seasons of experience, are wondering just what the heck is going on.

For someone who entered the trade a couple of years ago, probably having done an apprenticeship somewhere else in a different field, started on a steady wave of demand.

Basically, all you had to do was buy some greasy wool, process into top or yarn, and then a month later sell it to your customer base who were lining up at the door and bank a reasonable margin.

Then along came the correction we had to have.

Since then, the young buck has had nothing but problems - one after the other.

All of a sudden, the wool tops, or yarn samples he had been delivering are being rejected by clients, seemingly for a different reason every time, so the production department is copping a belting.

Customers who previously purchased on a clockwork regularity are avoiding him, and late payments are mounting up.

The stock of finished products is building up in the warehouse and the bean counters are getting nervous.

The promises he made to his father about how well the business would run under his stewardship seem a long way off.

Nothing unique to the wool industry here, a situation found in many industries across the globe, and at all stages of the pipeline as well.

It is merely a time to listen to sage advice, maintain good customers relations and be ready for the break in the season.

Whilst rain would be good, the break in the season for the processing trade is more about orders from customers further along the chain.

If they did suddenly start falling from above right about now nobody would complain, but we are still in October so that is unlikely.

There is always hope, and good times are just around the corner.

When the road will straighten exactly is a little uncertain, however, with Boris perhaps being saved by the Irish, and the US-China trade war now being called a "love fest" by Mr Trump - certainly not President Xi's terminology - the pluses may actually outweigh the minuses for a change.

Clock up another couple of weeks like this with more reasons for consumers to feel "less worried" about life and we should start to see a straighter road.

Also, heading towards the new processing season where people can start to plan ahead rather than this hand-to-mouth rubbish, will make for a much better trip as well.

In the meantime, the yo-yo will keep us entertained but with ever reducing swings.