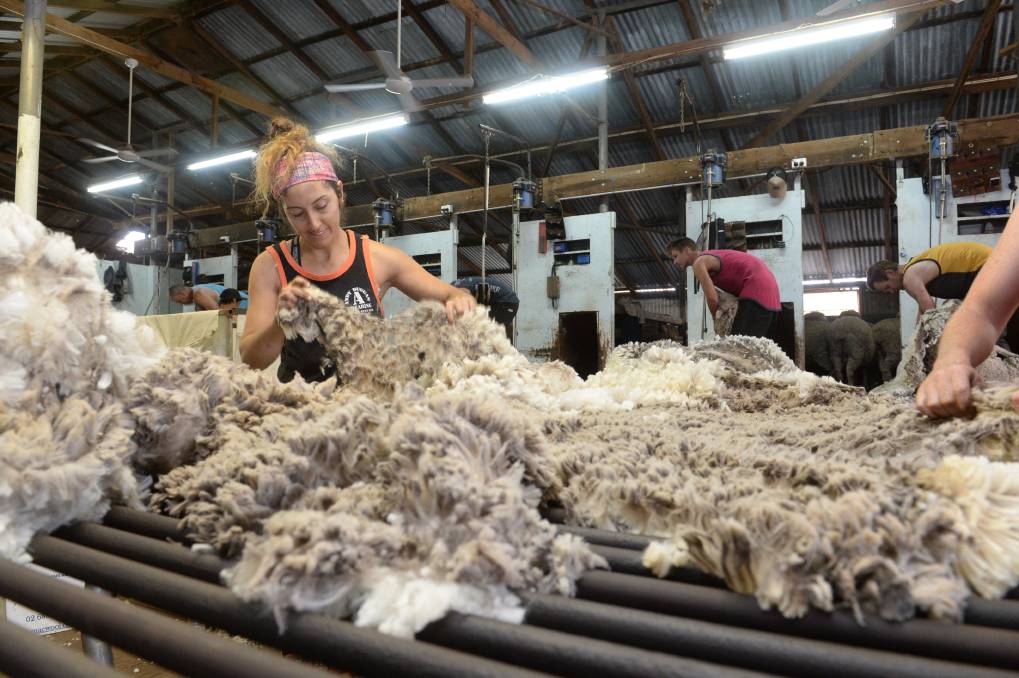 SLIGHT REBOUND: Wool prices rebounded slightly on the final day of selling this week on the back of strong demand for Merino fleece.

The Eastern Market Indicator made a tiny but pleasing rise in the final day of wool sales this week.

Adopting a cliche from football, this week's wool sales were a "game of two halves".

The market slipped during the first day of selling on Wednesday with the Eastern Market Indicator shedding 27 cents a kilogram clean to finish on 1516c.

But buyers came out in the "second half" on Thursday and got stuck into the 17,259 bales on offer and in the process pushed up the EMI by one cent to 1517c.

The rise was tiny and the national pass-in rate was still 13.9pc but at least the "game" ended on a positive note.

Sales had opened on Wednesday in Melbourne and Sydney to immediate losses and by day's end the individual micron price guides had fallen by nine to 51 cents with 18 microns and coarser hit hardest.

Over in the west Fremantle suffered bigger losses of between 51 and 69c despite a late rally which pointed to a firmer trend at sales the next day when the Merino price guides across all three centres rose by five to 15c. 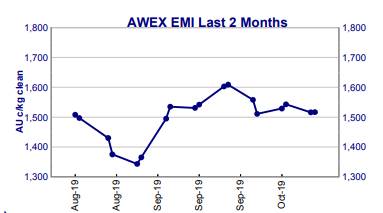 The EMI only added one cent for the day due to the price falls in other sectors of the market.

Crossbred wools were the worst performing sector for the series with the crossbred micron price guides sliding by seven to 55c.

Currently there are 32,970 bales rostered for sale in Sydney, Melbourne and Fremantle next week.

Due to lack of quantity Sydney will hold a one-day sale on Wednesday.

The Northern Indicator in Sydney finished the week by rising five cents to 1545c with a pass-in rate of 11.9pc on an offering of 5118 bales.

The Southern Indicator in Melbourne stayed steady on 1500c with a pass-in rate of 15pc on an offering of 9003 bales.

Proceeds so far this selling season have reached $565.68 million.