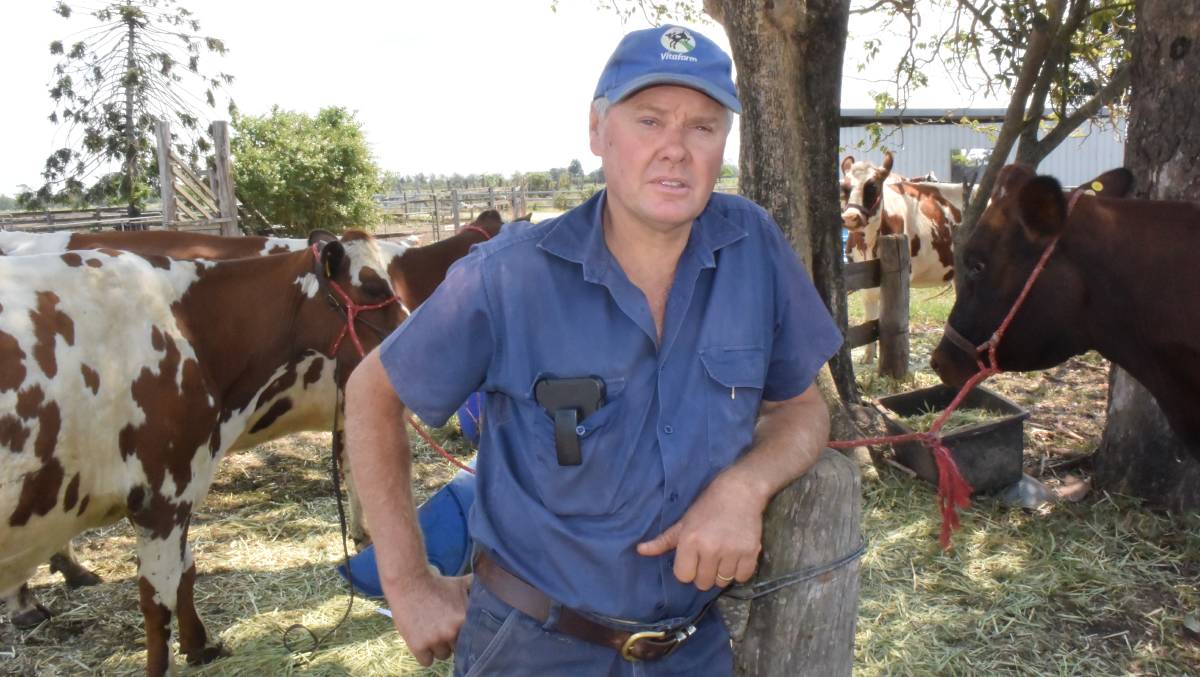 Peter Graham, Codrington via Lismore, says more can be done to unify the voices of grass roots dairy producers.

WITH the big corporate dairy processors releasing their next round of milk prices and most industry observers expecting a few more cents at the farmgate, an industry wide, united approach is being called for.

Whether the rise will equate to Norco's industry-leading 69 cents a litre remains to be seen, but if recent action by the majors is anything to go by, dairy producers will once again be the losers.

On Queensland's populous Gold Coast Lion recently tendered the lowest bid for the 7-11 franchise and Parmalat in return undercut the competition to win some deals in independent fast food outlets.

In August, Woolworths and Coles pushed the price of home brand milk from $1.10 to $1.20, with the rise apparently covering cost increases at the farmgate, but that latest 10c did not go back to the farmer at the time.

It is, however, expected prices for milk at the farmgate will rise across the board during the next quarter.

Meanwhile, dairy producers continue to leave the industry in droves, including Rugby League great Nathan Hindmarsh, who sunk his life earnings into a milk venture at Cowra before pulling the pin.

Dairy Australia figures will show that an average of one farm a week in NSW shut its doors last financial year, cruelled by dollar a litre milk prices followed by drought and crippling grain costs.

Richmond Valley dairy producer Peter Graham, Codrington, can sympathise and says one way forward is for grass roots producers to unify, across the country, under one banner, one message.

Assuming his processor Lactalis will follow Norco's example, Mr Graham says the increase in milk price "will get us closer to covering all the bills" including grain at $470 a tonne delivered and just $8000 a month for diesel, consumed by generator-driven irrigation pumps, as poles and wires are cost prohibitive.

Assuming the other corporates come close to matching that milk price, those remaining in the industry should be able to survive, provided they recoup their special drought freight subsidy in time.

For how much longer will such prices last once the rains return is anyone's guess.

In the meantime, Mr Graham suggests a unified voice, "from the ground up" to deliver ideas for policy to government.

If he had his way Mr Graham would start from scratch.

"I would say that any CEO of a dairy lobbying group that hasn't advanced the industry in some way over the last five years should stand down," he said.

Dairy Plan is an initiative that could work, says this farmer, who remains concerned that 11 different agricultural organisations present to government, all with different voices.

"If you want your voice heard you need a grass-roots voice," he says.

"We as an industry need one body.

"But there seems to be a lot of hurdles, including protectionism of certain people who need to maintain ownership of an identity. Those days are over."

"We have half the producers of 10 years ago, but these bodies want to maintain the same structure."

"It is a major concern. Without representation how do we unify the industry.

"If we can't get peak bodies to unify how will we have a voice?

The story Time ripe for unified dairy voice first appeared on The Land.