George Falkiner, a candidate for next next month's Australian Wool Innovation board elections, wants more focus on rebuilding the flock and beating blowflies. REBUILD THE FLOCK: George Falkiner, Haddon Rig stud, Warren, says he will move to rebuild the sheep flock and focus research on allowing the cessation of mulesing if elected to the board of Australian Wool Innovation.

He also says ending surgical mulesing should be a top priority along with achieving market diversity to reduce Australia's present heavy dependence on China.

Mr Falkiner is one of eight candidates vying to fill three vacancies on the board of the wool industry's research and marketing company, Australian Wool Innovation.

All the candidates have been sent a list of 10 common questions aimed at providing AWI shareholders with an insight into their key priorities and ambitions for the industry.

Mr Falkiner, a former AWI director, says reducing the impact of blowflies should be the company's top research priority.

He also says one of the keys to increasing wool consumption is to concentrate on booming online markets.

And 100 million sheep are needed to guarantee supply to processors with large and capital-intensive plants.

The Australian sheep flock has dwindled to around 65 million head, thanks in large part to drought and booking export sheepmeat demand.

Below are Mr Falkiner's answers to our 10 questions.

Question: If elected, what would be your major priorities as a director of AWI?

Answer: 1. Improve the price and demand for Australian wool by expanding the manufacturing and processing factories based in countries other than China to North Vietnam, North and South Korea, India, Taipei, Eastern Europe, Belarus and Turkey.

2. Improve the consumption of wool by concentrating on the rising online market. For example, Amazon in 2015 was selling $US16 billion in clothing and in 2019 increased that to $US43 billion. E-com sales in the US are forecast to hit $US121 billion by 2020. This does not include Europe, South America or Asia.

Q: Do you think AWI has now got the balance right between marketing and research?

Q: What do you think should be AWI's main research targets?

A: Blowflies. We need to solve the problem caused by blow flies and the resulting mulesing issues. Accelerate the research into biological control and elimination of blowflies by gene manipulation.

On the sheep front, research sheep genetic manipulation to give then an immunity to blowfly attack. Think Bolgard cotton's inbuilt resistance to insects.

And control and eliminate wild dogs in sheep breeding areas.

Q: How do you rate the AWI's current promotion and marketing strategy and what, if anything, would you do differently?

A: The International Woolmark prize and the HRH (His Royal Highness, Prince Charles') Campaign for Wool have done a great job in the traditional markets, however we have not gained enough appeal with the younger consumers.

In Europe and the US wool is still regarded in many cases as scratchy, shrinks and is too expensive.

Wool needs to became a 'must have' item in everybody wardrobe similar to a smartphone. Marketing should be done on the basis of health/sustainability/providence.

(We need to) push into the online worldwide trade of clothing items made of wool. There appears to be no Woolmark presence in this area. Younger generations shop online, not in conventional bricks and mortar. 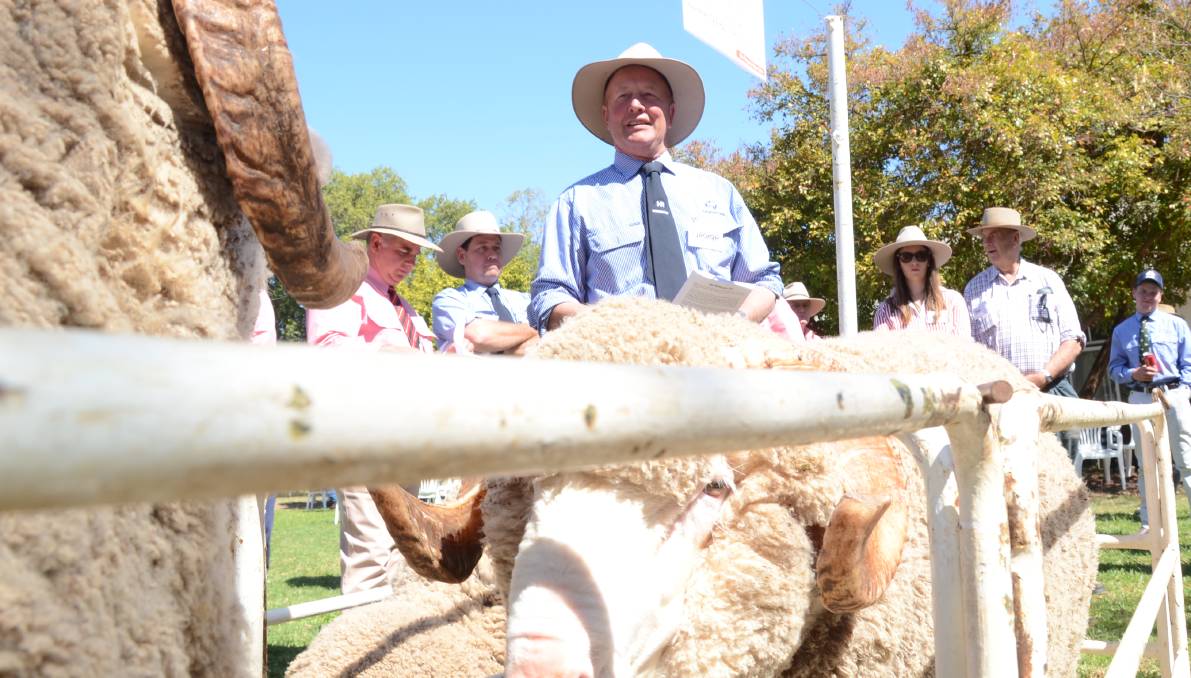 Q: Do you think the AWI is now transparent enough with its levy payers?

A: No. There's definitely room for improvement. All methods and philosophies of breeding sheep should be accepted and promoted equally.

Q: The Merino flock has declined dramatically in size (thanks, in large part, to drought). What should the AWI be doing to rebuild it?

A: Pressure federal and state governments to assist with drought preparation and recovery.

Encourage younger farmers to become involved in the industry by education and scholarships.

Expand education about the positive attributes of running sheep - environmental, renewable, and profitable.

Q: How important do you think it is to end surgical mulesing in the industry?

A: Extremely (important). Lawrence Modiano and Shneider Group have indicated they're losing retail customers who will not accept a traceable supply chain involving surgical mulesing.

Q: The AWI is often portrayed negatively in the media. What do you think needs to happen to change that or is the company the victim of the "usual suspects" out to stir up trouble?

A: AWI needs to listen more carefully to the customers and shareholders and then act accordingly on the feedback gained.

Q: Does the Australian wool industry's heavy dependence on the Chinese market worry you?

A: Yes. The Australian lamb and mutton industry exports to more than 70 countries worldwide and has not suffered a price volatility due to an over-dependence on one big customer, China.

Q: Any other comments?

A: The (AWI) election process of having to gain 100 plus names of registered shareholders prohibits city business leaders from applying for the job of AWI board member.

READ ABOUT THE OTHER CANDIDATES: