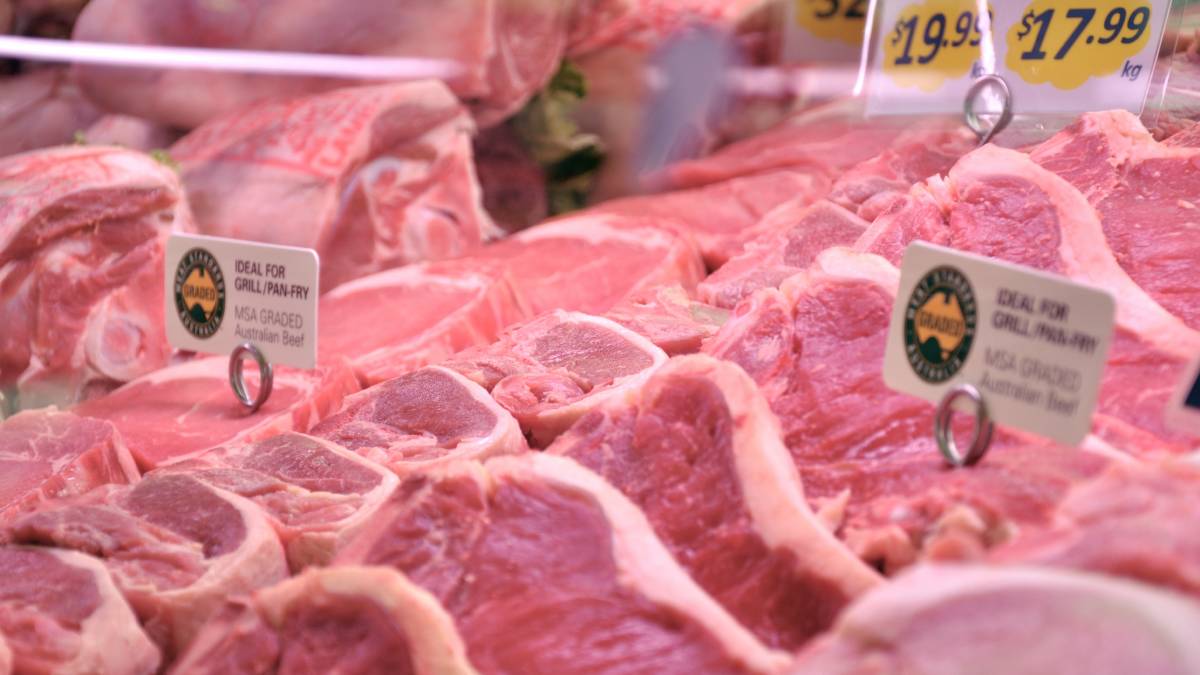 YOUNG cattle that graded Meat Standards Australia in the past financial year pumped an extra $84 a head into the pockets of producers, with an additional $198 million in farm gate returns delivered in total.

That is a record since the inception 21 years ago of what is today the largest science-based consumer eating quality program in the world. It's a 30 per cent increase on what was delivered the previous financial year.

An additional 350,000 cattle were processed through the program in 2018/19, also a record, and the number of MSA-licenced beef and sheep brands continues to growth with 23 new labels bringing the total to 195.

MSA's results were one of the highlights called out in Meat & Livestock Australia's just-released annual report.

Those running the MSA ship at MLA believe the opportunity now is in broadening the reach of MSA to export markets by providing marketers a tool to sell Australian beef and lamb with eating quality claims.

MSA is one of only two programs outside the United States to be certified by the USDA as a Process Verified Program and in the past year an increasing number of brand owners have used the program's shield on their products in the US.

"If we are going to differentiate ourselves on global stage it's going to be on quality," Mr Crowley said.

"If consumers are willing to pay more it translates into higher farmgate returns. It's the consumer who drives value in our industry and eating quality holds the key to unlocking further value."

At times, MSA comes under attack from some corners of the industry, who argue it falls down in adequately conveying to the consumer information about the quality of a piece of meat.

Retailers have opted not to use the 3, 4 and 5 star rating stamped on MSA graded product leaving the processor, preferring instead to go down a path of using brands that align with good, better and best eating quality.

When Woolworths removed MSA logos from its packaging last year, the supermarket giant said the aim was to make it as simple as possible for a consumer to select the quality that meets their needs.

Some commentators say the industry was better off in the 1980s when at least easily-recognised colour branding identified young beef which had undergone tenderstretch or accelerated conditioning, lifting eating quality.

However, Mr Crowley said it was the recognition of significant variation in quality that instigated MSA.

"In the '90s, consumer research was telling us 50pc of striploins failed to meet a minimum good every day eating experience," he said.

"At that time consumers were limiting consumption because of eating quality. That is not the case today. Beef is rated the highest protein in consistent eating quality in Australia today."

"Consumers don't buy a carcase, they buy a meal," he said.

In fact, the number of 'cut-by-cook' combinations in MSA increased in the past financial year from 169 to 275 to give new secondary cut options to the foodservice industry in recognition of cooking methods growing in popularity such as sous vide and kombi-oven roasting.

OF the national adult cattle slaughter, 43pc is now graded MSA and the program's managers are working towards a 50pc target for this financial year.

"It's important to recognise that MSA is a voluntary system and we can still do more," Mr Crowley said.

"That includes looking at pathways that mean all cattle can be graded, such as rail. It means making sure every cut from every graded carcase can be matched to best cooking methods and working with brand owners on how they segregate products and build brand equity that captures more value."

"MSA is not a brand, it's a quality system that underpins brands. It allows for quality-based decisions to be made at all critical points of the supply chain," he said.

"But it stretches beyond that. It makes sure we don't put product that is going to fail to meet expectations in front of a consumer.

"We can position lower-quality product into a manufacturing box."

Other key statistics in MLA's annual report include the fact the big service provider's revenue dropped 1pc to $269.9m but expenditure went up 5pc to $274.4m.

Highlights included the 25pc increase in retail lamb sales following the summer lamb campaign, 57pc reduction in greenhouse gas emissions by the red meat industry between 2005 and 2016 and the commercial release of game-changers such as a pysllid-resistant leucaena variety and Di-Bak Parkinsonia.