A national digital marketplace similar to AuctionsPlus has launched for milk producers and processors to trade on.

It has been billed as a game changer for an industry where dairy farmers are frequently frustrated by a lack of true market price transparency and are locked into secret contracts committing their production to specific processors.

With national milk production volumes seriously depleted by drought, the Milk Exchange initiative will allow sellers and raw milk buyers in all states to join an open trade, or at least get a broader picture of demand and price indicators for any spare supplies on offer.

Sellers could be farmers with uncontracted production, or processors with surplus milk to offload.

The platform is set to open up more flexible buying options for buyers, too - some of whom have already registered.

In particular, smaller processors who have specific delivery, milk quality or provenance requirements, or who often rely on their milk supplies coming second hand from major milk firms, are expected to seize the chance to go direct to producers if supplies are on offer.

It seems about the right time for something like the Milk Exchange to emerge from the pretty foggy times our industry has experienced - David Inall, Australian Dairy Farmers

"This is a good chance to develop more market insight.

"People in different areas of the supply chain have differing ideas about what's needed, but it seems about the right time for something like the Milk Exchange to emerge from the pretty foggy times our industry has experienced."

Melbourne-based milk services company, Milk2Market, is behind the new market platform, which it, too, has described as a step closer to creating a truly transparent, digital supply chain for milk buyers and milk suppliers.

The Milk Exchange has gone to the next stage by creating a more integrated digital supply chain, which is intended to be further enhanced with blockchain technology and smart contacts. 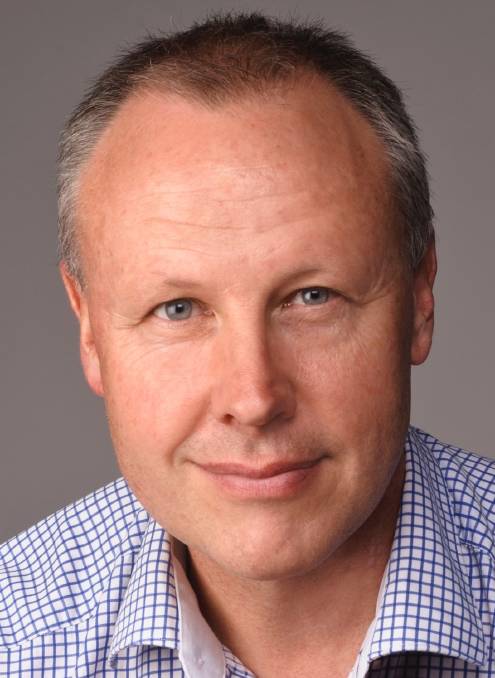 "At a time when many dairy farmers believe they are not realising the true value of the product they produce, the Milk Exchange creates a competitive marketplace and provides greater information on factors affecting the value of milk," said Milk2Market's commercial development, general manager, Richard Lange.

The Milk Exchange would give farmers new choices, a chance to increase value for their milk, and opportunities to improve their risk management.

"It's putting them firmly back in the driver's seat," he said.

"We believe anything creating a more equitable, transparent market is a critical building block to ensuring a more sustainable, future-fit industry."

To use Milk Exchange, both buyers and sellers will have to complete a registration process via www.milkexchange.com.au.

Buyers must also agree to credit checks and possibly pay an initial advanced sum as a commitment to the trade, plus $1000 transaction fees and a management fee.

Sellers will be vetted to ensure they have an acceptable three-year history of meeting consistent supply and milk quality expectations.

Sellers don't pay any transaction costs, but will need to commit to a minimum supply of 400 litres of daily milk pick up for a minimum of one month.

Their identity will not be revealed to buyers on the open trading platform.

Trades will be subjected to normal legal contractual obligations and payments varied with any fluctuation in the milk quality components agreed to in the sale terms.

Once sold, all milk transaction values will be published on the Milk Exchange. 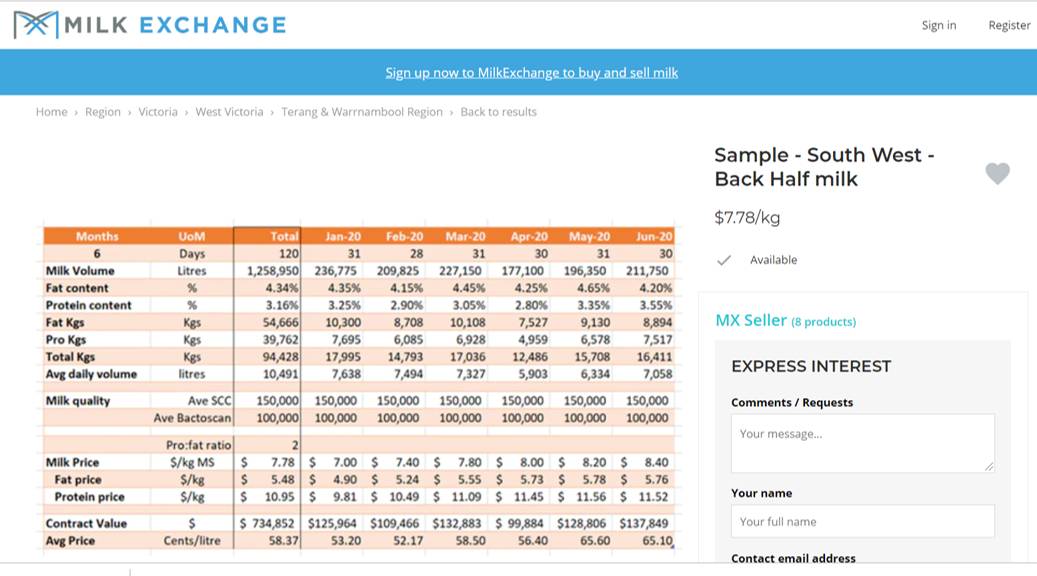 A sample example of a Milk Exchange milk sale offer

Mr Lange said Milk2Market had been promoting the new platform with major processors in recent months and was now holding webinar briefings for farmers or others wanting to learn how it worked.

Although the platform relied on farmers or other sellers advertising to set the price for potential sales, buyers had moved quickly to sign up, prompting the Milk Exchange to now consider allowing them to promote volumes of "milk wanted".

"We don't know how much uncontracted milk there is spare in the market this season, but numerous factors may see some farmers have extra supply to offer," he said.

Larger scale producers, for example, may already have some uncommitted volume, or may have extra milk if they acquired extra land or seasonal conditions turned out better than budgeted.

However, with milk supplies already tight and the trade on the exchange only open to uncontracted milk production, Mr Lange was unsure what sort of initial response to expect.

"We wanted to give farmers time to think about how they might use the exchange platform and plan ahead," he said.

"Milk trades may be in greater demand later in the season, in autumn, when production gets tighter."

Dairy had been slow to catch up with other agricultural commodity sectors, such as beef, sheep wool and grain, which had physical marketplaces where commodities were traded, and digital trading platforms considered "the new normal".

Meanwhile the new mandatory dairy industry code of conduct proposal, announced by the federal government in May was likely to result in big changes within the milk market, such as ending restrictive exclusive contracts, and banning mid-season or retrospective price cuts.

Sponsored by
Beef exports forecast to fall by around 22pc this year.
Test
Serrated tussock does not like competition and well-established pastures.
Test
"I'm concerned we will end up with a contaminated water supply."
Test
Nuffield scholar Rebecca Burnham talks technologies and breeding values.
Test
LiveCorp, the Australian Live Exporters Council, has welcomed a new study on the economic impacts caused 2018-2019 moratorium of live sheep exports.
Test
The country's largest bull and semen facility is being established near Camperdown.
Test
Top animal scientists are still trying to figure out how the feared dog disease ehrlichiosis breached Australia's supposedly secure biosecurity defences.
Test
Profits rise for Ridley Corporation and Ingham's despite the seasonal turnaround delivering a downturn in demand for supplementary livestock feeds while grain markets remain expensive.
Test