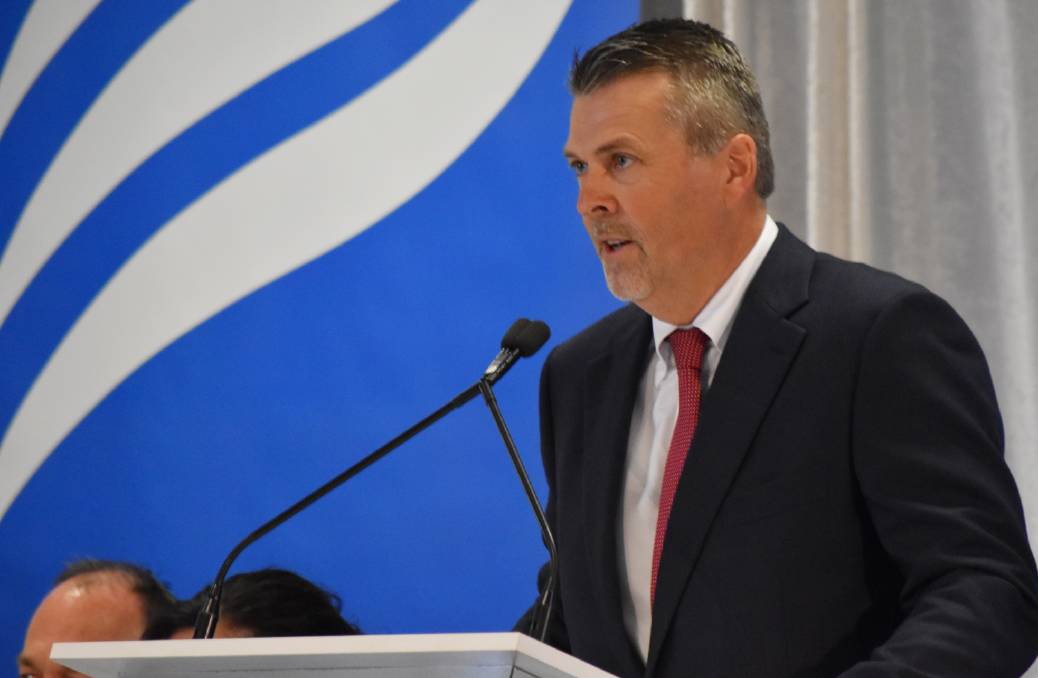 NOT OUR BRIEF: Dairy Australia's chair Jeff Odgers says the big service provider does not have an advocacy role and therefor can not take a stand on the re-regulation debate.

The concept of re-regulating dairy was a hot topic during Dairy Australia's appearance at the Senate Rural and Regional Affairs and Transport Legislation Committee hearing.

THE value of dairy export markets should be a significant consideration in any discussion about setting a floor farmgate milk price, Dairy Australia's chair Jeff Odgers told a senate estimates hearing at Parliament House in Canberra yesterday.

The concept of re-regulating dairy was a hot topic during Dairy Australia's appearance at the Senate Rural and Regional Affairs and Transport Legislation Committee hearing.

Questioning led by Queensland senator Pauline Hanson centred on how best to deliver a fair and viable farmgate price that would stop the decline in both dairy farm and herd numbers.

Both Mr Odgers and DA's managing director David Nation said their organisation could not take a position on re-regulation because it was a research, development and marketing body and did not have an advocacy role.

Dr Nation also said DA had not been asked by its levy payers to conduct research on re-regulation.

However, when asked whether re-regulation was a prerequisite to achieving a fair farmgate price, or whether the industry might perhaps be "cutting off its nose to spite its face" if it took that path, Mr Odgers said the fact Australia exports 35 per cent of its milk production was an important factor to consider.

"We need to look to what happens in other industries that go down that pathway," Mr Odgers said.

"The industry, and country, as a whole has to balance what creates a stronger, more sustainable, more globally competitive industry in the long run and the export element is a significant part of that consideration."

Mr Odgers also provided explanation around what has become a controversial topic in dairy - the fact Australia imports large volumes of cheddar cheese from New Zealand.

Much of that cheddar services the affordable private label market segment. There was simply not a lot of margin in $6/kilogram private label cheddar, Mr Odgers said.

"Some processors choose to create products for overseas markets that can generate a higher margin," he said.

"We all love consuming Australian product but there are dynamics of trade at play and processors seek the best margins they can."

Senator Hanson reeled off disturbing figures about dairy's decline in Australia, arguing it was the result of farmgate prices below the cost of production.

Mr Odgers said the average size of dairy farms continues to grow and that was a global trend.

"It's true farmers in all jurisdictions are finding it challenging to be profitable," he said.

"To a fair degree that's down to feed base in the climate we are now operating in. I farm in northern Victoria, where there have been significant shifts in terms of access to water, how we produce feed and the farming systems we run.

"But there are also farmers in all jurisdictions generating earnings before interest and tax of of $1 to 1.50/kg milk solids."

Dr Nation said DA "absolutely saw the need for strong milk prices in order for farmers to have a positive operating margin."

"Our challenge, like many agricultural commodities, is farmers are paid a price directly related to the global price for dairy.

"We operate in an open market which is highly informed by what companies are able to achieve by exporting product.

"But one of the absolute strengths of the Australian dairy industry is there has been a growing domestic premium over the global price. Processors have been successful in driving higher farmgate prices than what would be achievable just following the prevailing global market."