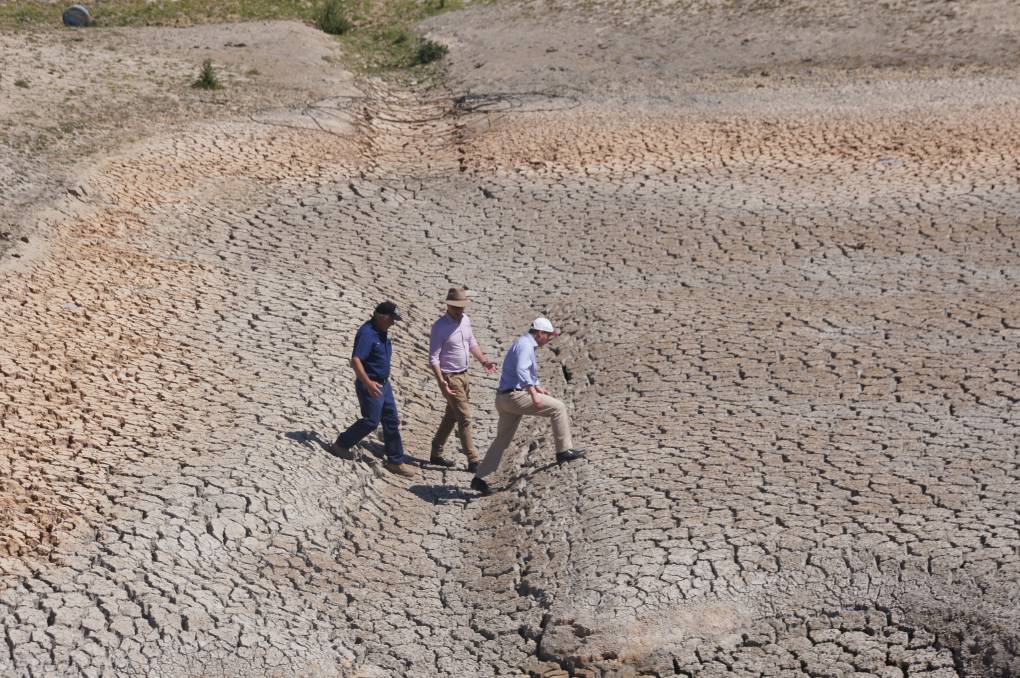 Federal government is expected to announce more drought assistance next week, but it may not match some worried backbenchers' expectations.

Expectations for more drought relief funding have hit new heights creating the risk of ructions within the Nationals, and the Coalition government.

Nationals backbenchers, led by former party leader Barnaby Joyce, are urging the government to commit to a $1.3 billion community stimulus package, with funding split 50/50 between the states.

Meanwhile, federal Cabinet will reportedly announce further drought funding next week, worth in the hundreds of millions of dollars, but it remains to be seen if the government will deliver a package that's as generous as the discontented Nats want.

Mr Joyce hit the airwaves today warning his party faces electoral losses unless it acts fast. He wants a $1.3b package to be split between local councils, which would receive $10m each.

Those funds could be used to support farmers, local businesses and any projects "with a clear nexus to the drought". Spending would be allocated by a committee formed by state and federal MPs, charities, local business leaders, and Rural Financial Counsellors.

"I know how politics works; I've been in it for long enough. If this drought keeps going, you've got to go ahead with extra funding, otherwise you just won't be the government," Mr Joyce said.

When asked if he supported Mr Joyce's scheme, Drought Minister Littleproud did not clarify why there appeared to be different drought packages coming from the Coalition, but he backed Mr Joyce's advocacy.

"Barnaby Joyce is a passionate National who is living through this drought at a local level and seeing the pain that his communities are feeling... That's why we constructively put forward ideas that will make a difference," Mr Littleproud said.

Speaking to ABC's 7.30 Report on Thursday night Mr Littleproud said ultimately only weather could relieve the impacts of drought.

"The only thing that will fix this is rain and I can't make it rain," he said.

He encouraged state governments to match the federal government's focus on drought relief.

"We ask the states, who also have some commitments in this, to come with us," he said.