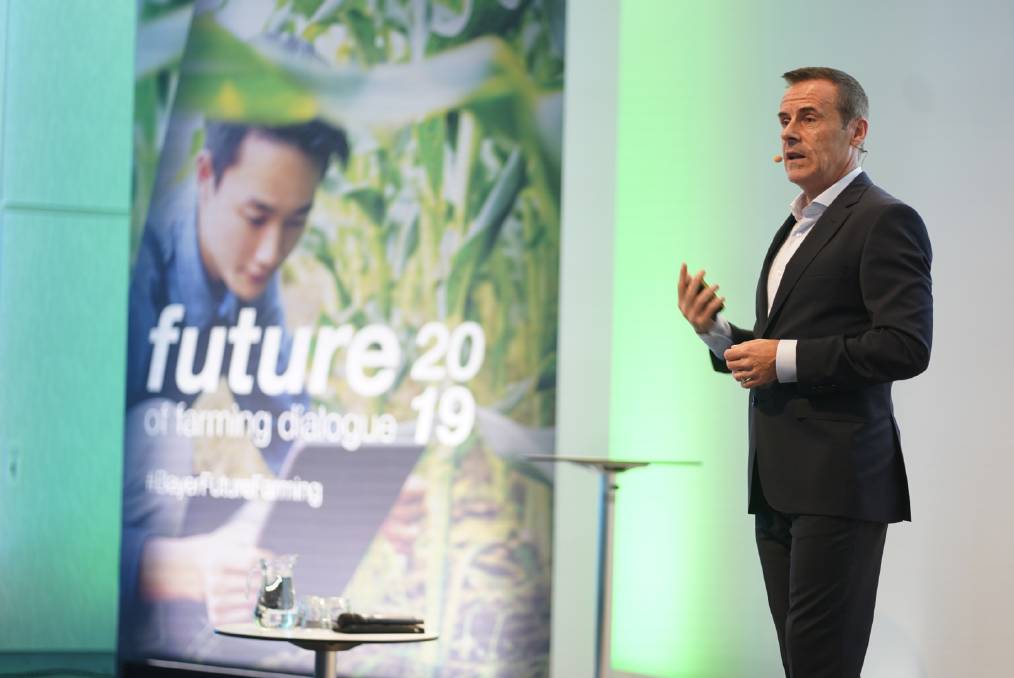 The media attention on glyphosate was a low point for Bayer's Liam Condon.

A BAYER senior management figure has admitted the focus on glyphosate action was one of the low points during the Bayer and Monsanto merger last year.

Bayer took over Monsanto in an $82 billion deal in 2018 after two years of negotiations which required regulatory approval in 30 countries.

While extra details of the recent high profile court cases in America over glyphosate use were not given, Mr Condon said he was confident the concerns over the product would be solved and would "play out over time" through the judicial system.

He said it was vital to remember the court cases currently underway were all first instance cases.

"I think we've got a very good case particularly with the EPA board in the US. It is important that we as a company make progress on these issues," he said.

While conference organisers went to lengths to include panellists and speakers with distinctly biological and reduced chemical approaches to farming, support for glyphosate emerged at various points.

During a session on trade agreements, American farmer and Global Farmer Network member, Pam Johnson, said agriculture had been challenged by the World Trade Organisation to feed the world, which meant utilising effective products.

She said glyphosate had a role in sustainable production. ENGAGED: Journalists, influencers and farmers listen in to the discussion about glyphosate at the Bayer Future of Farming dialogue in Germany.

"RoundUp is my friend. I couldn't do zero-till and be more sustainable without it," Ms Johnson said.

"We need to have conversations with consumers. One per cent grow the food and 100pc care about what it is. It's hard work."

Another session addressed the issue of whether a world without crop protection was possible in which alternative farming systems advocate, Professor Miguel Altieri from the University of California said reducing glyphosate use didn't mean replacing it with another "silver bullet".

"It all requires research and I don't see that happening. There is a transition because we can't just replace glyphosate with another farming system," Professor Altieri said.