The barley market is currently looking for direction, with major export buyers holding their fire at present. 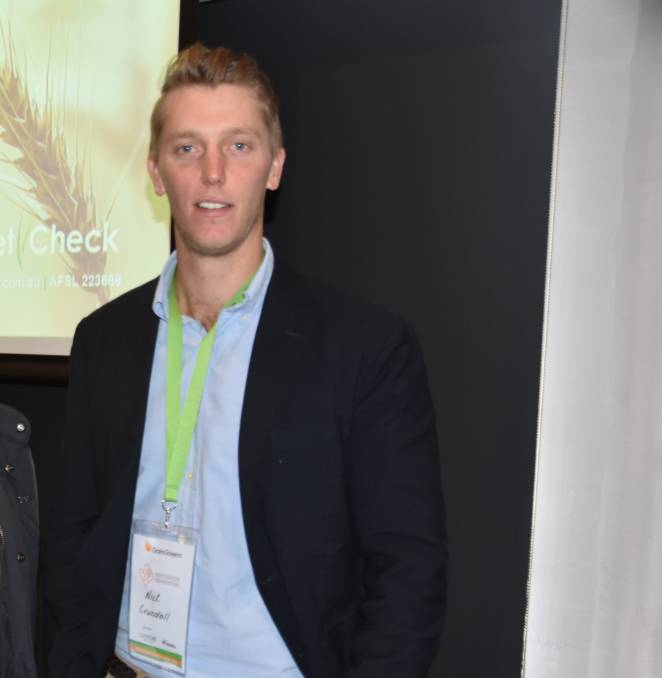 Market Check head of strategy Nick Crundall says the barley market is in a holding pattern at present.

BARLEY producers are looking at reasonable yields this year, especially considering the dry spring, but marketing the crop is going to be far less straight forward than last year when they had the luxury of selling straight off the header at near record prices.

Instead this season, in spite of analyst forecasts of the smallest winter crop in ten years the barley market has experienced a sharp dip as harvest pressure creeps into the market.

Values have come back in recent weeks since the headers started rolling, with prices as low as $230-240 a tonne offered for feed barley through South Australia and Victoria, with farmer selling taking place at $265-275/t.

Market Check head of strategy Nick Crundall said the barley market was at a delicate juncture with prices currently competitive into export markets but with few export buyers looking to accumulate serious parcels of grain as yet.

Mr Crundall said although the prices were down at a level where Australian barley could compete against Europe and the Black Sea the ongoing Chinese investigation into Australian exporters dumping barley into China was weighing heavily on would-be exporters.

He said he expected exporters to remain in somewhat of a holding pattern until the Chinese officials handed down their findings, which is expected to occur at some time before the end of the year.

"We're well priced into China against France and the Black Sea and if the investigation findings mean we can get back to exporting there then we could grab that demand, but until something definitive comes up everyone is a bit cagey on the export front," Mr Crundall said.

"The market has good interest domestically but it is lacking that big volume export buyer to mop up the extra tonnes."

Mr Crundall said he did not think farmers were willing sellers at current prices offered by the major buyers and were instead storing their barley with the view that prices would rise once harvest was complete.

"If there's an SA quote of $240/t port by the time you work back to an ex-farm basis, the farmer isn't getting much better than $200/t for feed barley and they are hearing the country is in the worst drought in history and thinking they want a better price than that, so they will probably hold the grain for now."

"On the other side of the equation the consumer has bought some supplies in recent weeks, they are hearing that yields are better than expected so they are just sitting back and seeing what the full harvest brings."

Mr Crundall said the discount for barley against wheat, out to as much as $70/t incentivised the use of barley, but he cautioned not all end users could switch to the grain.