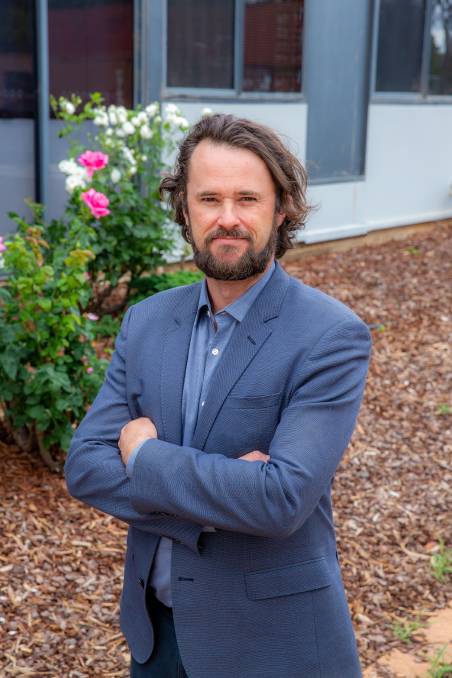 While start-ups that develop low-data sensor technology, known as the internet-of-things, often dominate the conversation at city based agtech conferences, the actual productivity gains for farmers are much more likely to come from advances in machinery technology carried out by the global original equipment manufacturers.

Case IH general manager for Australia and New Zealand Pete McCann said Australia will need reliable connectivity at faster speeds if it is going to be able to take full advantage of future machine technologies.

"This allows us to increase up-time, for instance you aren't waiting for a technician to drive 150 kilometres to update the software.

"Connectivity can not only save costs, it can also be a massive increase in performance."

Mr McCann said while machines could deal with connectivity drop outs by sending data packets when back in range or through a manual data transfer, for screen sharing and remote monitoring to be truly effective instantaneous feedback was required.

"If a technician can remote in they can walk the operator through adjusting settings as well as monitor feedback from the machines themselves," he said.

"When telematics is used to gather continual data you can become proactive and predict a possible machinery failure before it happens.

"It can also be used to increase productivity, there may be something the operator is not doing well or there is a setting that could be adjusted to improve performance straight away.

"For tractors this is often pretty straight forward, but when you think about sprayers or combine harvesters you could be adjusting settings continually to optimise performance.

"That is where we see the biggest restriction of current connectivity, the live monitoring aspect."

Mr McCann said while some solutions could work for low-data internet-of -things technologies, they would not be good enough for live machine applications.

"Sensors don't need to update at 5 hertz, they don't need a constant data stream, but once we get into the world of automation it is going to have to be more reactive," he said.

"If an automated machine loses signal, or drops in and out, it will have to stop, you will lose all your efficiencies.

"If you look at where automation will really take off it will be in the remote areas, they have big hectares and multiple machines but it is generally where network coverage is the worst because there is a low population density."

Mr McCann said he was beginning to see some larger properties invest in their own infrastructure in an effort to make up for the lack of mobile coverage.

"Some farmers are building a mesh network to support Wi-Fi across the farm, the satellite lag is probably the biggest problem with that solution, along with the cost.

"The amount of data can also be an issue, it's not massive but some farmers with larger fleets who are cropping twice a year are going to pull down a significant amount of data just in telematics.

"Inconsistency in bandwidth and signal can also cause issues as it isn't a standardised product."