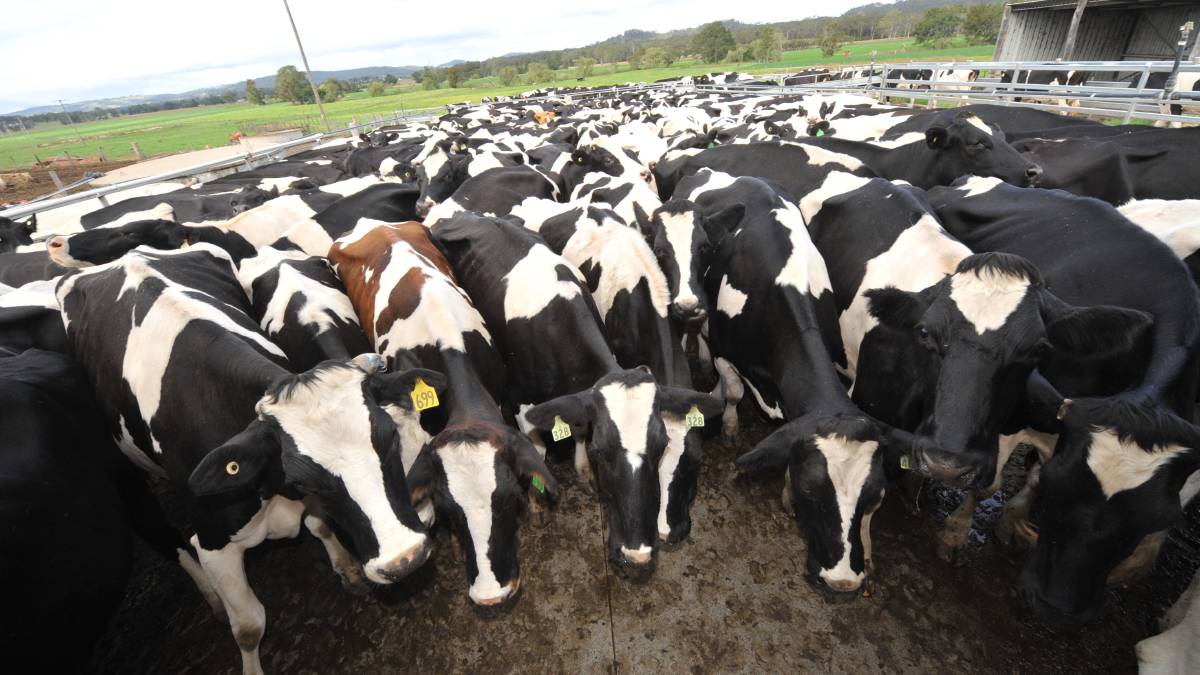 Australian dairy farmers are looking to the beef market to diversify their income.

Australian dairy farmers are looking to the beef market to diversify their income, with expectations dairy-beef animals could help fill feedlots as the drought continues to bite.

In the past two years there's been a 600 per cent increase in the volume of the new ABS Beef InFocus semen sold into the dairy market, something ABS beef key account manager for southern Australia Fletch Kelly said is boosting on-farm profitability.

"Traditionally all dairy farmers wanted to do was get cows in calf, now there's a focus on breeding replacement heifers for the better cows and heifers thanks to sexed semen," Mr Kelly said.

"Then they look to use beef over the rest of the herd to get more pregnancies as well as lift and diversify their income by breeding a dairy-beef calf which could be sold at a premium at the farmgate or reared for the beef market."

"Some farmers have said, 'it is like getting a thirteenth or fourteenth milk cheque every year'."

"Those who have tried ABS Beef InFocus, it's one of the first thing they have been said - they are overwhelmingly happy with its calving ease, short gestation and high semen fertility. That's the first thing that really strikes dairy farmers."

Traditionally beef semen fertility has fluctuated, turning dairy farmers away from the product.

To counteract this, ABS created its Beef InFocus semen which uses innovative technology to increase fertility and when used across a dairy herd, delivers a homozygous polled, Angus-looking calf.

Studies out of the US show Beef InFocus animals gain an average 1.7kg a day in a feedlot, compared to Holsteins at 1.25kg/day and beef animals at 1.8kg/day.

The dressing percentage of Beef InFocus animals at a 64 per cent average, is more than the equivalent beef animal at 62pc and Holstein at 61pc.

Mr Kelly has fielded a lot of enquiry about the product from meat processors as well as industry bodies, such as Dairy Australia, all investigating the economics of dairy-beef.

"Australia is one of the largest beef exporters in the world and there's a large domestic demand for beef," he said.

"A lot of people are starting to talk about Beef InFocus in discussions. Feedlots in Queensland and NSW are talking about it as a legitimate option to fill the impending beef void caused by the drought. There's going to be a need to get numbers into feedlots and with the proven rapid growth of InFocus animals, they can fill the gap in the market."

ABS Beef InFocus animals are in feedlots and being backgrounded across the country.

"There are many benefits," Mr Kelly said. "Morally it's good, it takes emphasis away from producing a bobby calf. Ethically, that's not great and financially it is certainly not a viable thing to keep doing. Beef InFocus gives dairy farmers increased market access through ABS' supply chain partners or however they wish to market their F1 animals as part of their diversified income-base."

Beefing up fertility in Victoria

Like all dairy farmers, getting cows in calf is a priority for Simon Rea.

Milking 520 Holsteins at Panmure, calving mostly in the autumn, herd fertility is crucial.

"We'd reached a point where we realised, we were going to have enough Friesian heifer calves for replacements," Mr Rea said.

"That when we started using the ABS Beef InFocus. The attraction was the claim it had a better fertility outcome, I don't have perfect pregnancy-test records, but my gut feeling is they got in calf pretty well." 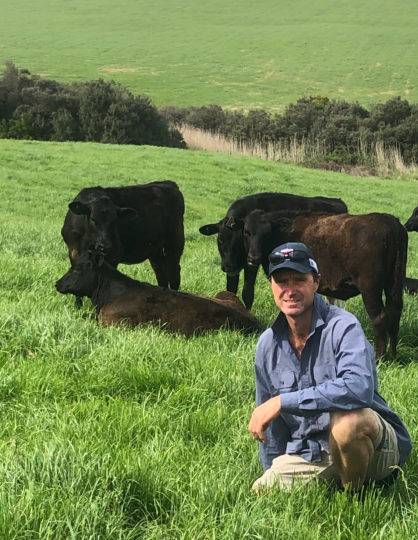 Mr Rea reared 65 Beef InFocus calves born in April and May this year, with plans to sell them into the backgrounder market in the coming year.

"They are good little-doing calves, very healthy calves and they weren't any trouble to rear at that time of year," he said.

"As calves, they were pretty solid but certainly all came out without any dramas."

Describing their birthweight as "fairly equal to the Friesians", Simon said cows calved to Beef InFocus sires easier - even if the calves were large- and he believed this was due to the dimensions of the calves' head.

The Beef InFocus semen followed the milking herd Holstein artificial insemination and replaced the need for a Holstein mop-up bull.

"I think a Friesian mop-up bull is a couple of dollars cheaper, but for me it wasn't the economics," Mr Rea said.

"Breeding with ABS Beef InFocus looks after either sex, and gives them an opportunity in life, that's a good outcome for a dairy farm. It's also a way of minimising bull calves that would otherwise go onto the calf truck."

Mr Rea doesn't want to sell any more heifers to the export market and in recent years has been building dairy herd numbers.

He views the beef market as sustainable - especially with current prices. "There's always someone looking for a beef calf to buy," he said.