A first time beef producers forum near Bordertown has been hailed as a success by organisers. 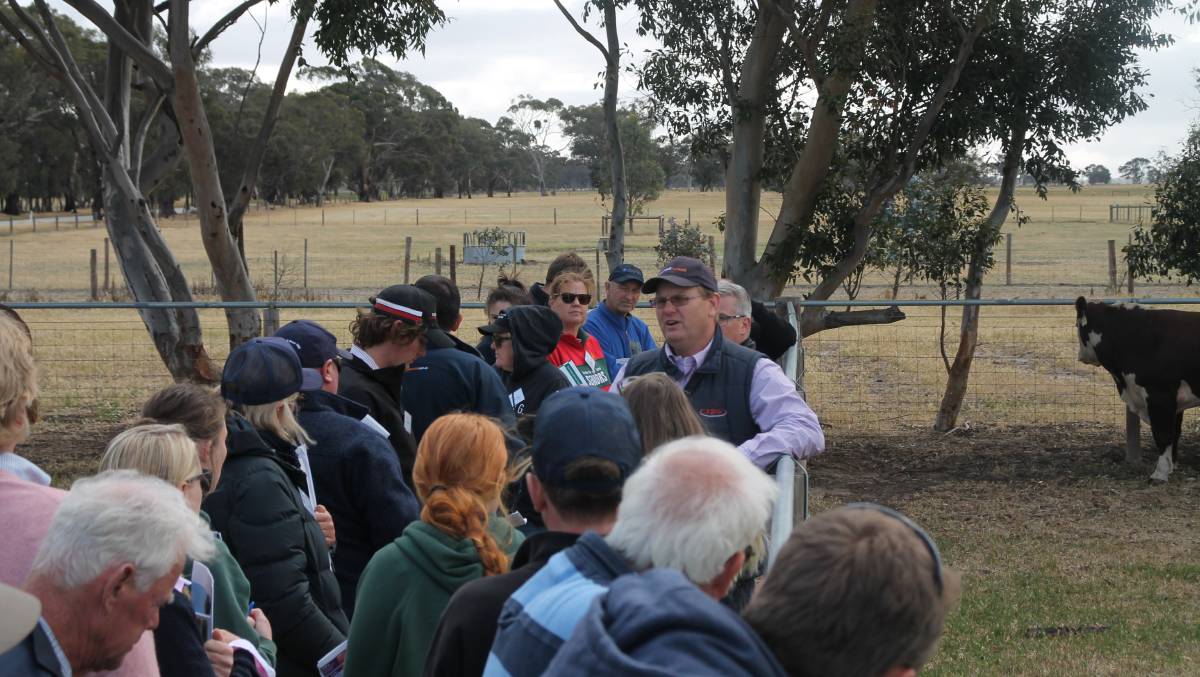 Around 50 beef cattle producers from South Australia's limestone coast region have been given an intensive lesson in how to assess their stock to improve profitability and sustainability.

The inaugural limestone coast beef producers forum was held at "Allendale" near Bordertown, and attendees were able to hear from some of the leading thinkers in herd improvement and profitability and learn what's happening in the beef industry in other parts of the world.

Joining him was Ant Uren who is the manager of 'Ongi and Doughby Mountain stations near Walcha in NSW which are owned by TA Fields Estate & Co.

Mr Uren spoke about how they have used crossbreeding to effectively raise profitability in their cattle herd.

Tom Green manages the TFI Iranda Feedlot at Tintinara and has just returned from a Nuffield Scholarship trip looking at cattle operations around the world and spoke about the experience.

The forum was hosted by Alastair Day at his Allendale Poll Hereford stud, who said the idea came from a discussion with other breeders.

"Our group of Hereford breeders, Herefords SA, felt that we weren't really doing anything," he said.

"So we felt if we're going to do something, let's do it properly.

"That's why we got those top speakers in from all over Australia, and it's turned into a really successful day."

Mr Day said while the idea came from a group of Hereford breeders, they wanted the forum to be for all producers.

"Today wasn't about Herefords, it was about beef cattle and making them more productive and efficient," he said.

"There's so much to learn, and really we've all got a common goal, and we can work together and help each other with a bit of information and make it better for everyone."

There are plans to make the forum a regular event held every two years.