The latest MLA market research indicates consumer concerns about the environment are something which can't be ignored.

Australia's farmers have been told it's up to them, and their leaders to drive changes in how they're perceived as custodians of the environment.

During Red Meat 2019 the latest results from Meat & Livestock Australia's continuing review of consumer and community sentiment were presented to delegates.

The review has been running for 10 years and each year it asks 1000 people, consumers and producers, for their views.

I think the more that the industry perpetuates an image of stale, pale blue shirt and hat wearing angry men the more damage it will do - Howard Parry-Husbands, Pollinate.

It's conducted for MLA by independant market research company Pollinate and chief executive Howard Parry Husband presented the latest findings to the conference.

In relation to consumption it's findings included:

When it came to perceptions of red meat the findings included:

Mr Parry-Husbands said the perception of how the industry looks after the environment can't be ignored.

"You can't just prioritise that it's all about freshness and price, and then we need to do something about animal welfare and environment," he said.

"The environment's the fourth facet of an interrelated complex issue and it's important to continue to build trust about how farming looks after it."

My Parry-Husbands has also urged producers and farm leader to think hard before lashing out at media coverage which they don't agree with.

"If there's a whole lot of angry people in the media throwing stuff at you, is it really sensible to throw stuff back?" he said.

"It's not misinformation, it's another point of view.

"I think the more that the industry perpetuates an image of stale, pale blue shirt and hat wearing angry men the more damage it will do.

"The majority of Australians love eating red meat and all they seek is reassurance it's been produced in an environmentally sustainable, way, using ethical methods, by farmers who care about the land and the animals."

Michael and Michelle Lyons from Wambiana Station at Charters Towers have seen how providing a positive image to consumers can change attitudes.

.Speaking at Read Meat 2019 they described how they've got involved in educational tourism 26 years ago.

Mr Lyons described the feedback they got from one of their visitors.

"A zoology student from James Cook Univerisity said to us that he couldn't believe that he was going to a cattle station to look at biodiversity, but he'd seen so much," he said.

"I think it's great when they have an opportunity to come and stay with us and see that we're a family, and that we're trying to look after the country and the animals." 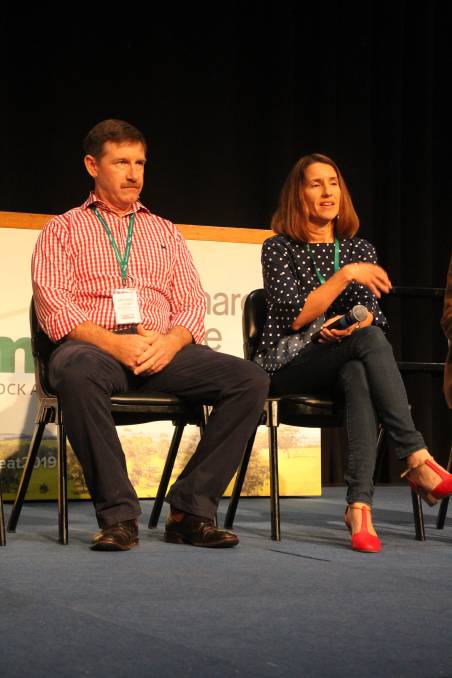 Mr Parry-Husbands said it's the proactive efforts of people like the Lyons which the industry should use as an example for the image it wants the world to see.

"This is an industry that's absolutely got its act together," he said.

"That's the image to get across.

"Unless the industry accepts the majority of Australians are concerned about the environment and climate change then it'll end up in the tragic situation where people feel pity for it.

The flipside is they just think farmers are part of the problem, are climate sceptics and don't care.

."That's hardly going to help them respect farmers as professional, high-tech, land managers and business people from a resilient community."