Claas has won three Agritechnica Machine of the Year awards

Claas cleaned up at this year's Agritechnica, earning three of the prestigious Machine of the Year awards for its Lexion 8000/7000 series harvester, Jaguar 990 forage harvester and for the DataConnect interface it developed in conjunction with John Deere, CNH Industrial and 365 Farmnet. 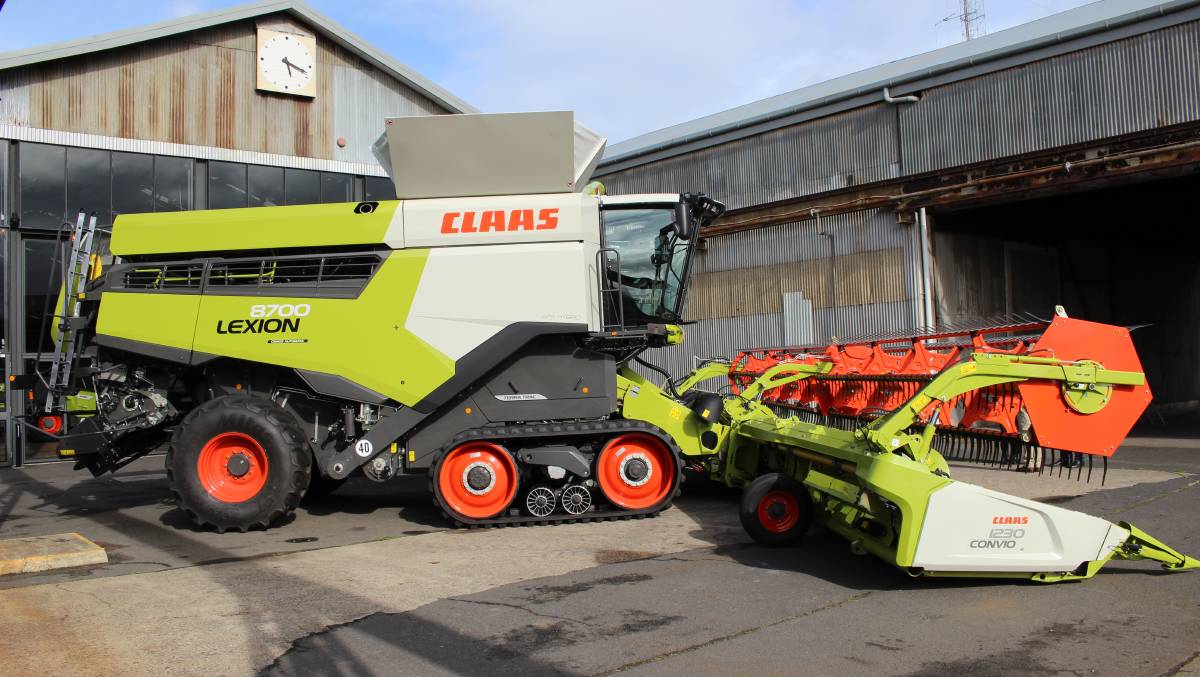 STRAIGHT OFF THE DOCKS: The first Claas Lexion 7000 landed in Melbourne earlier this year in time to be put to work for the 2019 harvest.

Claas Harvest Centre product manager for Lexion Steve Reeves said the 8000/7000 delivers 10 per cent more capacity than the existing 700 range, which he said was already acknowledged as the world's most productive and efficient combine harvester.

"This is not a new series, it's effectively a new machine," he said.

"Every aspect has been re-engineered to meet the needs of today's grain producers - increased efficiency and ease of operation and reduced downtime and operating costs."

"In the new series Lexion we have completely increased the heart of our machines," he said.

"It has dramatically increased in capacity, gained by increasing the diameter of the threshing drum from 600 millimetres to 755mm, about 27 per cent bigger in actual size.

"We have maxed out as well the feeder drum, which feeds our rotors.

"That has also allowed us to increase the size of the concaves, so the main threshing part of the machine is 20pc bigger in the new series."

Claas picked up Machine of the Year in the forage harvester category for its Jaguar 900.

"Claas is recognised as world leader in machine optimisation systems and now this proven technology has been applied to its forage harvesting platforms," he said.

"This system automatically regulates engine power and driving speed according to harvesting conditions.

"The goal is to avoid abrupt load changes whilst maintaining a relatively constant engine speed. This results in an even crop flow, higher operational reliability and lower fuel consumption - plus it makes life so much easier for the operator."

Developed in cooperation with 365FarmNet, CLAAS, John Deere and CNH Industrial, DataConnect was awarded Machine of the Year in the electronics class. The system enables mixed fleet operators to monitor machine information using their system of choice.