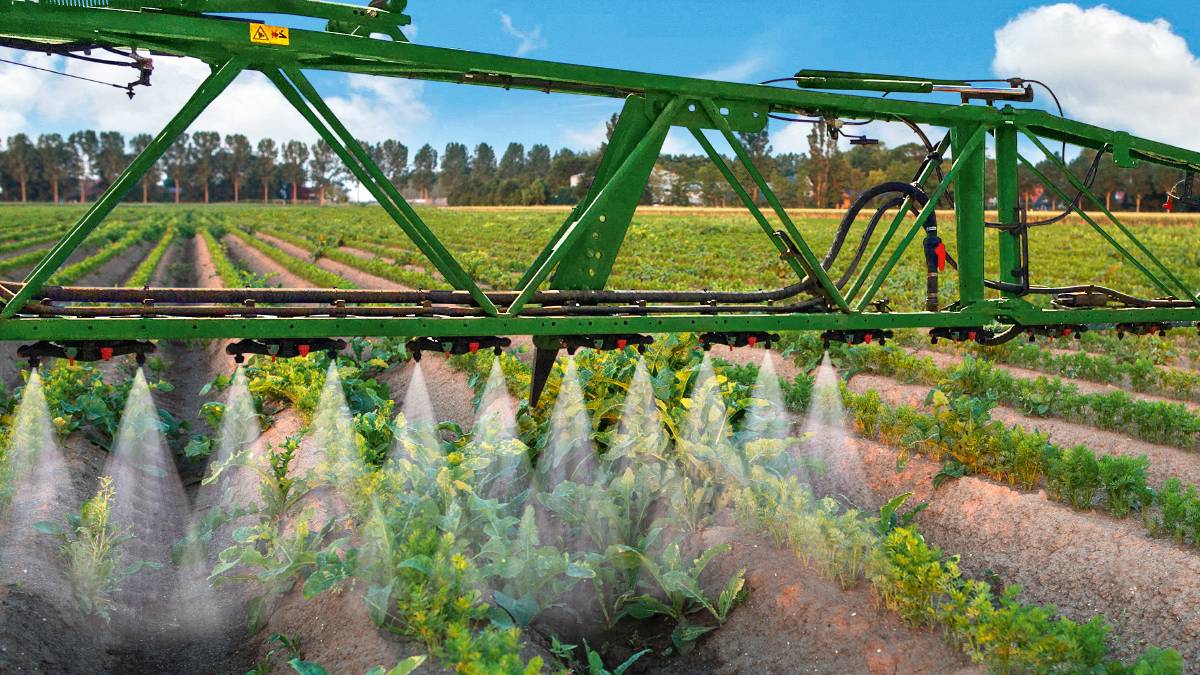 Amazone AmaSelect nozzle technology can be used with DroneWerkers weed map for a spot-spray package.

These maps are then loaded into and Amazone sprayer, where AmaSelect nozzle control technology is used to spot-spray the weeds in the paddock, negating the use of in-field cameras and allowing the spray job to be pre-planned ensuring the correct amount of spray mix is loaded into the tank.

According to Amazone in a non-weed selective situation, the system chooses the best nozzle based on application rate, forward speed and optimum pressure range.

Once the optimum pressure range of a nozzle is reached, the AmaSelect switches to a smaller or bigger nozzle, or adds a second nozzle to the spray circuit as programmed.

Amozone said it the optional GPS-Switch function is used, individual nozzles can be switched on and off in 50 cm part-width sections, for technologies such as spot-spraying, or as the unit approaches headlines and other obstacles.

Mr Hopkins said the technology was available on Amazone UX trailed sprayers and the Pantera self-propelled sprayer, and could be optioned to a 25cm interval for high-volume application.

"By itself, the automatic control of individual nozzles can reduce overlap and chemical costs by an estimated five percent," he said.

"The new band spraying function takes this concept to a whole new level - technically, it is possible to reduce the usage of crop products by two thirds, depending on row spacing.

"It enables any sprayer equipped with AmaSelect to be converted from whole-boom application to row-specific band spraying at the press of a button."

Mr Hopkins said the AmaSelect Row utilises special SpotFan 40-03 nozzles that deliver 100 per cent of a crop protection agent across a 50 cm wide spray cone, when used with a spray angle of 40 degrees this eliminates spray overlap.

"Over-application may damage the crop while under-application can result in incomplete weed, insect or disease control and increase selection pressure for resistance.

"Either way, under or over-application can led to loss of yield, which is counterproductive to spraying in the first instance."