There are some signs India may lower its pulse tariffs, but the flip side is tighter phytosanitary requirements. 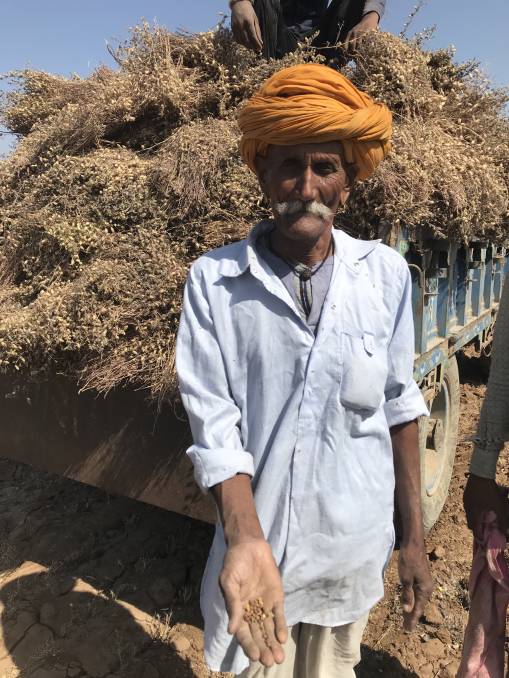 There have been issues with the Indian rabi pulse harvest, supposed to be taking place at the moment, due to heavy monsoon rain.

THE AUSTRALIAN pulse industry is weighing up good and bad news out of the world's pulse consuming powerhouse, India.

Just as there are tentative signs the Indian government may consider easing at least some of the import duties on key Australian pulse crops such as chickpeas and lentils there are storm clouds gathering on the phytosanitary front in terms of strict zero tolerance policy regarding the presence of weed seeds.

The chatter surrounding an easing of tariffs and duties is due to India likely to run short of both pigeon peas (toor) and black mung beans (urad) due to heavy rain at harvest.

While neither crop is widely grown in Australia there is often substitution with products such as chickpeas, which are major Aussie pulse crops.

Pulse Australia and the Grains industry Market Access Forum (GIMAF) put out a communique recently that suggested the heavy monsoon season, a direct correlation of the Indian Ocean Dipole (IOD) positive event that is keeping it dry here in Australia, had impacted India's kharif (July-October planted) harvest and the rabi (October-January) plantings of pulses.

The rain does mean good potential for the rabi crop, so long as it dries up within the planting window, however it is likely to cause downgrading both to yield and quality of the kharif crop to the point where the Indian government has acknowledged some pulse imports may be necessary.

The consumer affairs ministry has said removal of pulse tariffs will be required to keep prices for staple pulse foods at affordable levels given the likely shortage of Indian product.

In particular, Pulse Australia's executive officer Nick Goddard reported there would be likely shortages in pigeon peas and potentially even more serious problems with urad (black mung beans) in the key central-southern states of Karnataka and Maharashtra.

The GIMAF / Pulse Australia report quoted Indian pulse supply and demand at a tight level, with demand estimated at 25.4 million tonnes and supply at 25.6m tonnes.

Mr Goddard said he expected there to be some easing of import restrictions, but cautioned it was not likely to be as quick as the implementation of the tariffs which caught the international pulse sector on the hop when they were enforced around Christmas 2017.

He also added the Indian government remained committed to its long-term strategy of self-sufficiency in pulses.

However, there is also some good news on the regulatory front.

Tony Russell, GIMAF, said the Indian government was considering the acceptance of phosphine as grain protectant product as well as methyl bromide.

Phosphine is by far and away the most widely used grain storage fumigant in Australia.

This would cut down a significant cost impost for pulse exporters, forced to treat their product with methyl bromide just to meet Indian standards.

The major bad news, according to the update, was an expansion by the Indian Plant Protection Organisation (IPPO)of the list of prohibited weed seeds for plant and plant products imported into India.

In particular there is industry concern about the addition of wild radish to the list.

While wild radish is a bigger problem in WA, not a major pulse exporter, than the east coast, it is a difficult weed to fully eradicate due to its small seed size, making zero tolerance very difficult to adhere to.

Internationally, Mr Goddard forecast a brighter time ahead for the pulse market, with stocks gradually tightening.