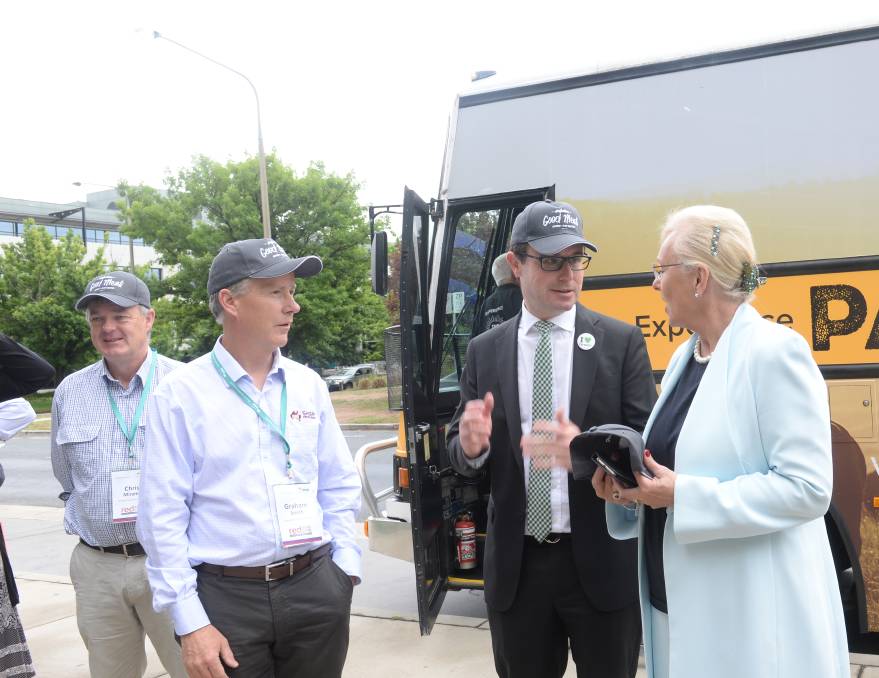 The inaugural CEO of Sheep Producers Australia, Graham Smith, has left the company.

Sheep Producers Australia is looking for a new chief executive officer with the departure of Graham Smith after 15 months in the role.

SPA chairman, Chris Mirams, thanked Mr Smith for his service to the organisation, its members and the wider sheep industry.

"I think he (Mr Crisp) will get a grip on it quickly, he is a top fellow and knows sheep.

"Graham came to SPA from New Zealand's Federated Farmers with extensive experience in food and agriculture and we thank him for the assistance he has provided to the organisation and the board as the first CEO we appointed," Mr Mirams said.

"He has contributed significantly to SPA's role in the development of Red Meat 2030 and the Red Meat Memorandum of Understanding, live sheep export and a range of policy issues during 2019.

"The SPA Board wishes Graham all the best in his future endeavours."

Mr Smith took up the role with Australia's peak sheep and lamb council in August, 2018, after spending 30 years working in the food and agriculture industries in a number of senior commercial positions, mainly in Australia and NZ.

He joined Sheep Producers as the organisation was transitioning to a company structure with a skills-based board.

Sponsored by
Pictured with a windrow of canola are from left to right, John Kirkegaard, CSIRO Agriculture and Food; James Cheetham, Delta Agriculture; Peter Brooks, Princess Pastoral Co.
Test
"Theoretically, we could potentially see environmental markets on just about every farm in the country," the boss of Australia's largest natural resource manager says.
Test
Awards recognise the hard work put into beef's big achievements.
Test
Authorities are now almost certain the killing of up to 100 corellas at a Murray River town was deliberate.
Test
Farmers acknowledge the need to reduce effluent contamination in river systems but say a blanket change to EPA laws is not the way forward.
Test
Tim Sloman is matter of fact about being the last of his family to farm the picturesque Dunvegan property at Dundee in upper NSW's New England.
Test
RMAC's new chairman on MoU review, and $41m industry fund.
Test
ICMJ Northern Conference set for April in Rockhampton.
Test