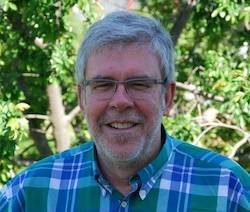 Chicago Board of Trade wheat futures finished with a flourish at the end of last week, jumping close to $A8 a tonne in a shortened post Thanksgiving Day session.

Nearby CBOT wheat futures are now valued at just under $A295/t. This is the highest level for nearby futures since December 2012. This should underpin Port Adelaide export based prices at around $310 to $320/t, with the Kwinana price base around $345/t.

Newcastle-based prices should run at least $80/t above Port Adelaide if grain is to be attracted east, putting the Newcastle price base at $400/t. Victorian prices will be between the SA price base and the northern NSW price base.

The fact that the Australian market is structured at price levels close to those suggested above, underpins the theory that our current market is closely aligned to the current global market, with domestic premiums only in place to ensure that the correct intra-Australia grain moves take place.

There was a combination of factors driving the price rally, including end-of-month trading being squashed into a shortened trading session after the Thursday Thanksgiving Day holiday in the United States. 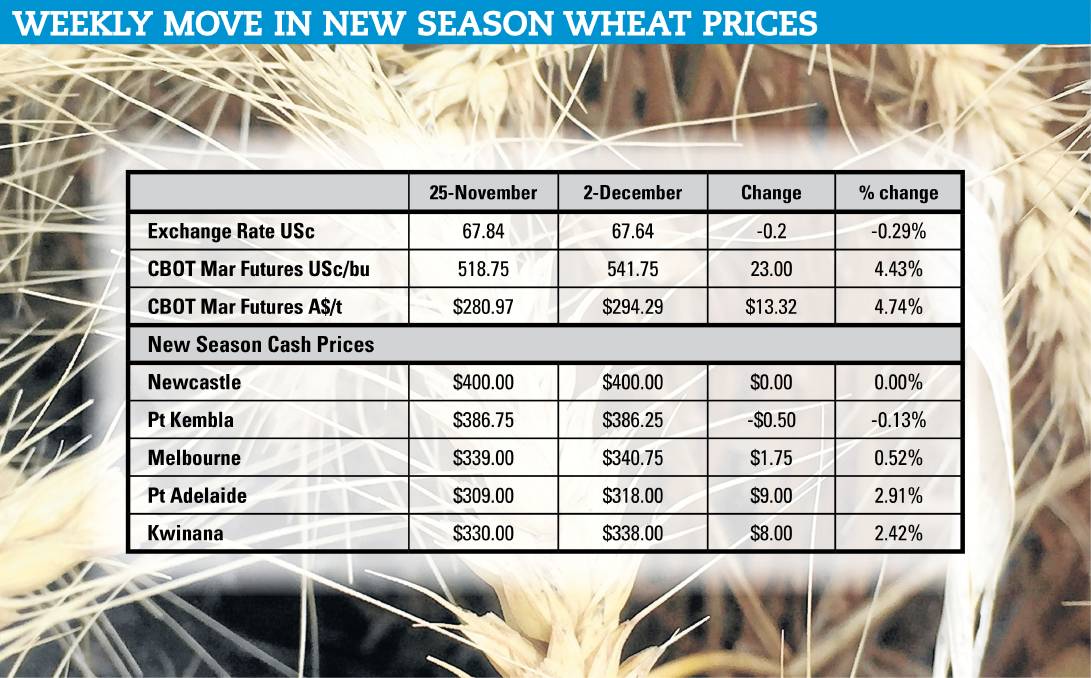 Last Friday was also first delivery day against expiring December futures, and there were no deliveries made, nor any booked. This means that either there is no deliverable wheat in position, or that the futures market does not present an attractive way to sell wheat compared to the current US cash market.

Weekly export sales figures for the US were also at a three-month high, and just above the upper end of the range expected by the US grain trade.

The market was also digesting news that the Russian Agriculture Ministry has reduced its estimate for the Russian wheat crop down by 3 million tonnes to 75mt. At the same time Russian exports for the year were pegged at 18.4mt, down 11 per cent year on year.

The slow pace of Russian exports has been blamed on slow farmer selling, but it may also be due to less wheat available, particularly from their main export regions. USDA numbers indicate a 3.74pc decline in Russian exports for this year, so either the export pace will have to lift, or Russian exports will fall short of expectation by several million tonnes.

New season prices also lifted, with the $A value of December 2020 futures settling at $302.30/t. This far out basis levels will be conservative, but it should support forward prices of $310 to $315/t at Port Adelaide, with appropriate adjustments to the other port zones depending on drought related local supply and demand issues.