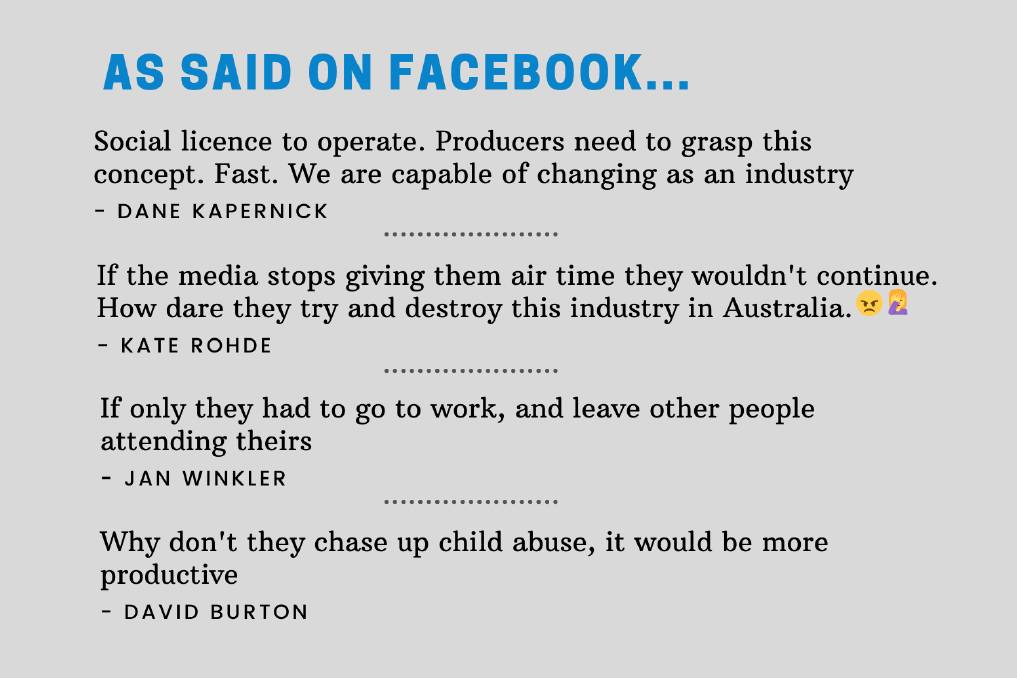 The reaction of livestock producers to the latest footage of animal mistreatment has ranged from shock, horror and condemnation to anger at activists and media and outright denial it is real.

Industry leaders moved quickly to denounce the behaviour, point out how isolated it is, reiterate the widespread commitment to exceptionally good animal welfare in the Australian beef industry and show support for criminal investigations into the matter.

Individual producers, particularly those active on social media, were far more defensive and not nearly as uniform in their response.

Some claimed the footage was staged, others felt it was a cruel attack on an industry already suffering through drought and overwhelmingly producers pointed to consumer insight research which shows animal welfare is not a key driver of red meat purchasing decisions as evidence 'these types of one-off incidents really don't matter.'

Producers who spoke to Australian Community Media on the issue asked not to be named for fear of personal attacks on their families from activists.

However, they expressed anger and frustration, fear for their businesses and the sentiment that they were tired of having to defend themselves when they were doing the right thing and believe the majority of Australians see that.

Public relations and crisis management experts say that is a dangerous response as it is not effectively dealing with the public outrage.

They are also critical of the 'technical' responses that have come forward, such as quoting the uptake of polled genes in the herd or pain relief usage.

That was not responding to the emotional response people have when they see footage like this, a number of consultants said.

A report by consultants Futureye prepared for the Department of Agriculture and Water Resources last year found 'the Australian public's view on how farm animals should be treated has advanced to the point where they expect to see more effective regulation.'

Futureye's research found 95 per cent of Australians view farm animal welfare to be a concern and 91pc want at least some reform to address this.

The report's executive summary said: "Research indicates a fundamental community belief that animals are entitled to the protection of relevant rights and freedoms, closely aligning with activist sentiment."

Futureye's Alison Penfold, a former Federal Agriculture Minister Chief of Staff and live export industry leader, said taking the view that if the majority of the general public think our industry is good, all is ok, is looking at the wrong point in the curve.

"Consumer research in the context of issues management is a lag indicator of change," she said.

"When it comes to business risks, industry should be looking for lead indicators and that does mean looking at the expectations of activists.

"Whether they like it or not, activist perspectives of animal welfare are influencing the general public - and the rate of change is extraordinary.

"When industry angrily rebukes activists for highlighting terrible animal welfare abuses of farm animals, all they do is push more people towards anti-farm sector sentiment."

Ms Penfold said the questions every producer should be asking are: Do I know really know what public expectations of animal welfare are, am I responding adequately, are my industry institutions helping me respond to this change and are they themselves being totally honest about how well they are responding.

"The bottom line is the beef industry is saying publicly it is aligned with community concerns around welfare but footage like this shows it clearly is not."