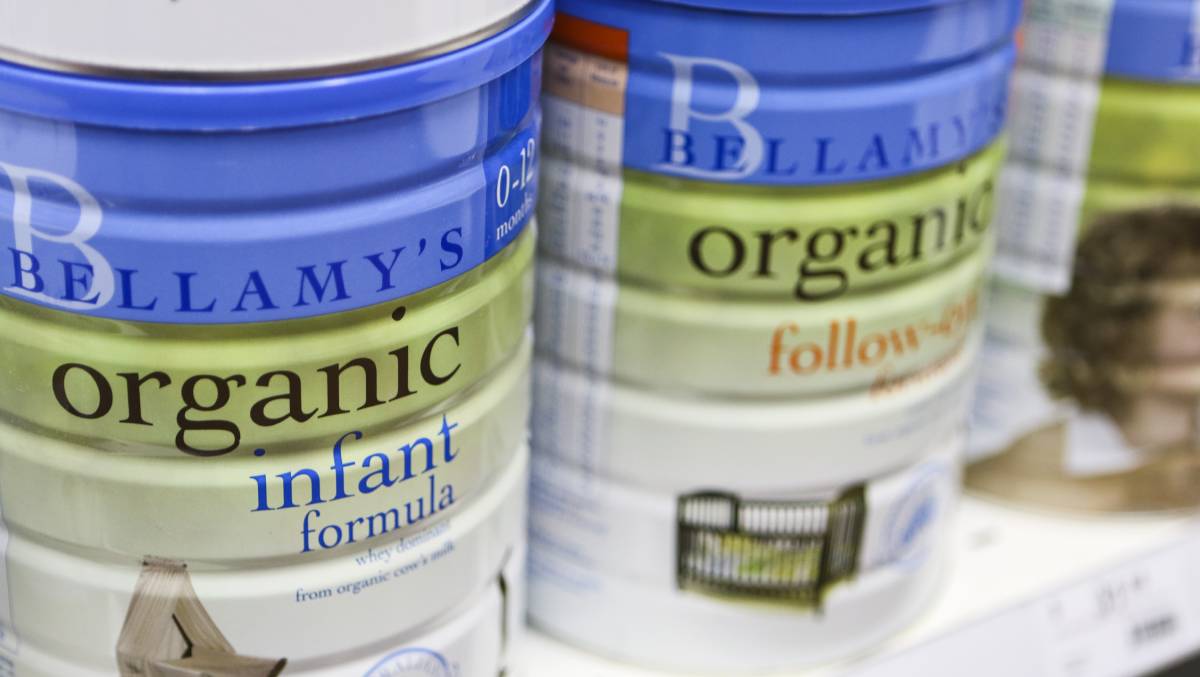 APPROVED: Bellamy's shareholders have voted to accept Mengniu's offer to acquire the company via a scheme of arrangement.

Bellamy's shareholders voted overwhelmingly in favour of a takeover bid by China Mengniu Dairy Company at a meeting in Melbourne on Thursday.

Bellamy's shareholders voted overwhelmingly in favour of a takeover bid by China Mengniu Dairy Company at a meeting in Melbourne on Thursday.

The Chinese giant, which is also looking to add Lion Dairy and Drinks to its portfolio, put in a $1.5 billion bid for the organic infant milk manufacturer in September.

Bellamy's shareholders backed the takeover with 99.23 per cent voting in favour.

Mengniu is one of China's biggest dairy companies.

It is listed on the Hong Kong stock exchange, with a market capitalisation of $HKD121.32 billion ($A22.6 billion).

The giant Chinese dairy manufacturer has an indirect interest in Gippsland-based dairy processor Burra Foods and was reportedly in the hunt for Murray Goulburn when it was sold last year.

Mengniu will acquire 100 per cent of Bellamy's at $12.65 per share, with a special dividend of a further $0.60 per share to be paid before the takeover.

The takeover is also subject to conditions imposed by Treasurer Josh Frydenberg after the Foreign Investment Review Board recommended the takeover be approved.

The conditions would require:

"These conditions will ensure that Bellamy's maintains its presence in Australia and that Bellamy's proceeds with previously announced investment in infant milk formula processing facilities," Mr Frydenberg said.

Bellamy's board unanimously backed the bid.

Chair John Ho said the offer crystalised the value of the Bellamy's business.

"It offers a strong platform for distribution and success in China, and a foundation for growth in the organic dairy and food industry in Australia," he said.

"Our sales growth ambitions for Bellamy's in Australia, and the broader Asia Pacific region, will see investment in the local dairy industry to ensure the required capacity is in place to achieve these plans," he said.