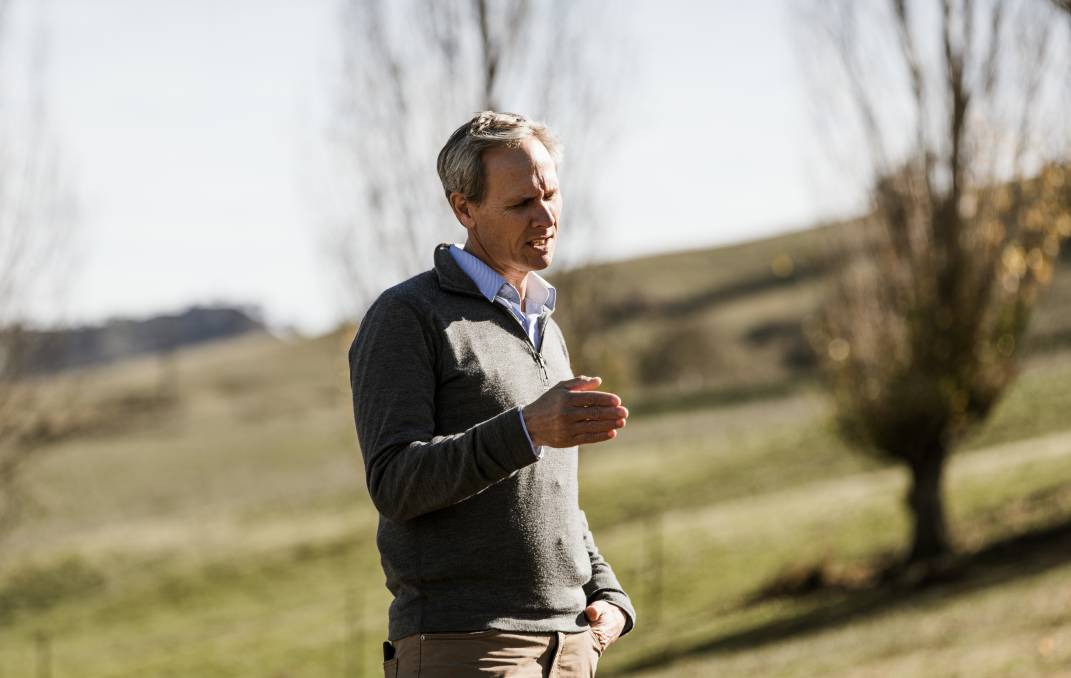 ANALYSIS has shown running a livestock operation under regenerative agriculture principles over a period of ten years sets profit back to the tune of $2.46m.

The work by prominent farm business consultants Holmes Sackett found farms not classified as RA systems generated operating returns of 4.22 per cent, compared to those who were classified RA returning only 1.66pc.

Holmes Sackett director John Francis said the analysis was not a criticism of the philosophy of RA but an analysis of the financial performance of these systems relative to other farm management practices.

It was driven by concerns arising in beef consultancy circles around producer misperceptions of the findings from a government-commissioned paper released late last year by the National Environmental Science Program.

This paper found profits per dry sheep equivalent were similar, in a wider analysis that also incorporated biodiversity and wellbeing comparisons.

Holmes Sackett believes a comparison of profits per DSE in a livestock business without per hectare production data can be misleading.

Mr Francis used an analogy of comparing profit per unit sold in a supermarket without disclosing the number of units sold.

"If you're half stocking shelves but have the same footprint - say the same store size and carpark - you're not telling the whole story," he said.

"In businesses where the capital cost of land is high, financial resource efficiency matters. Both metrics, per unit of production and total production, are important," Mr Francis said.

The comparison was conducted between producers contributing data to the Holmes Sackett farm benchmarking data set and the group of producers practicing RA whose data was made available in the NESP paper. The data was taken from 2007 until 2016.

Regenerative graziers, in both analyses, were defined as livestock producers who are maintaining or regenerating many of the ecological characteristics associated with healthy grassy woodlands and derived native pastures.

They are graziers who have consciously invested in ecological functions. Their properties have not been subject to nutrient enrichment in the past ten years.

The Holmes Sackett analysis showed on average, RA producers delivered returns on assets managed that were 2.56 percent lower than their counterparts.

"This means that the group of producers practicing RA were, on a financial level, 2.5 times less resource efficient," Mr Francis said.

"Financial resource efficiency in agriculture is important, particularly given that the average value of assets under management of the group of producers contributing to the Holmes Sackett benchmarking data set was between $7.1 and $11.3 million over the decade.

"Assuming prices were similar between the two groups it would appear that producers practicing RA have far lower production.

Mr Francis said Holmes Sackett have deliberately stayed out of the philosophical debate about which farming system is superior.

The choice of farming system depends on the overall objective of the farm business manager, he said.

However, Holmes Sackett believes financial analyses of research findings require a level of rigour that allows for people to choose the systems from unbiased data.

"The depth of analysis and understanding of financial metrics is extremely important because if there is misinterpretation and people adopt a system on a basis of a pre-considered idea, they will get results that don't meet expectations," he said.

ALSO IN BEEF: Feeders to be hot property in 2020

What was still lacking in this space was quantification of any environmental differences, and their associated value, between regenerative agriculture and other systems.

"While there is a lot of spruiking about the costs of conventional agriculture in terms of the environment, there is little research quantifying the value of differences between systems," Mr Francis said.

It's an area where consultants and producers would welcome research investment.

"For example, many of the producers we work with invest heavily in soil fertility. In an RA system, a defining feature is the lack of application of fertiliser so there is no attribution of the benefit of improving soil fertility to long term environmental outcomes," Mr Francis said.

"Further, a lot of people have containment areas for ground cover maintenance - once again, there is no attribution of costs and benefits for those practices.

"There is an inference that systems alternative to regenerative agriculture are, by nature, degenerative. This appears to be a perception with little evidence supporting it."

The full paper can be read here.