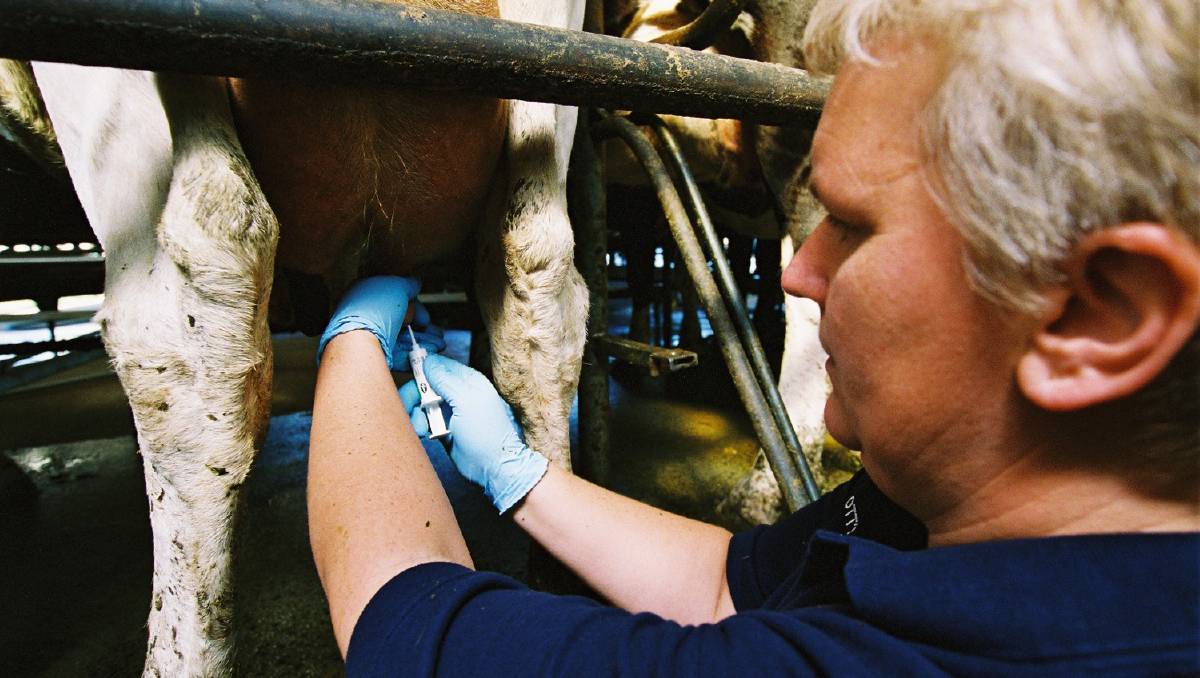 CORRECT USE: Using the right antibiotic in the right way is critical to their success in treating animal problems.

Antibiotics are a hot topic right now, with increasing concerns about antimicrobial resistance.

Antibiotics are a hot topic right now, with increasing concerns about antimicrobial resistance. This is important from an industry and societal perspective but farmers also want to use antibiotics responsibly for their own herd's sake. Drugs cost money, and when we use them incorrectly, they don't give us the results that our cows need.

One of the most common instances of incorrect use I see is when farmers switch between antibiotics "because they're not working". To understand why this is a bad idea, it's important to learn a little bit about how they work.

Antibiotics can be classed into two broad categories: bacteriocidal and bacteriostatic. Bacteriostatic drugs, like oxytetracycline (also known as Alamycin, or Engemycin), work by stopping bacteria from dividing, with the body's immune system able to swoop in and clean up the bugs. On the other hand, bacteriocidal drugs, like penicillin, work by killing bacterial cells as they divide.

Both types of drugs work well for clearing up infections, if the correct antibiotic is used for the right type of bacteria. However, if for some reason both drugs were given at the same time, or too closely together, they have an antagonistic effect meaning that the two drugs stop each other from working.

This means that it's a really bad idea to switch or combine antibiotics unless you're certain that the two drugs will play nicely together.

The most common reason for wanting to switch is because your results haven't been as good as expected. This can happen for a variety of reasons:

1. It's not a bacterial problem. Not every illness is caused by bacteria. Sometimes it's viral, or fungal, or parasitic, or caused by inflammation or cancer. Metabolic disorders such as calcium or magnesium deficiency cause problems too or maybe the cow's been licking car batteries or eating toxic plants.

In all these situations, antibiotics will not make a whit of difference and switching is unlikely to help.

2. Too little, too late. Sometimes bacterial infections cause permanent structural damage, which then lasts after the bug is gone. Examples include joint infections, where the cartilage is wrecked, and the joint space is full of pus. Another example is brain damage caused by scarring something which isn't going to get better by killing bacteria.

We can make an educated guess about what type of bacteria is present sometimes, depending on the disease. Footrot, for example, is almost always caused by Fusobacterium necrophorum, which is sensitive to penicillin so a narrow-spectrum drug is highly effective.

Sometimes, however, we must take a sample of the infected tissue so that we can test which bacteria is present. This is especially important for problems like calf scours, where treatment and prevention of the disease can change a lot depending on the results.

4. The right drug, but the wrong place. Some areas in the body are walled off using special membranes including the brain, spinal cord, joints, testicles and udder. These body systems are highly sensitive to foreign substances, and the membranes are difficult to cross via blood. Some antibiotics are better than others at crossing membranes and a few need special doses to manage it. Oxytetracycline, for example, can be used to treat mastitis but will only get into the udder if given at high doses in the vein. At normal doses in muscle, it doesn't reach high enough concentrations to be effective. The udder is particularly good at walling off certain infections, making clinical mastitis difficult to treat.

The tricky issue is that once you start playing with dosages, the withholding periods need to be adjusted accordingly, so do this only under veterinary supervision. Ideally, we should treat local infections with local antibiotics.

5. There's something else going on. Sometimes you pick up something else during an examination. I've found stones lodged between the claws of cows treated for footrot, harbouring infection. Antibiotics will be ineffective until the object is removed. So, if treatment isn't working, it's time for another look.

6. Storage and administration problems. Just like any other drug, antibiotics may deteriorate over time. If you're injecting something which you found in your ute's glovebox and is two years past its use-by date, it may not be as effective as you would prefer. In some countries, farmers are allowed to buy antibiotics at wholesale prices and administer them to livestock with minimal regulatory interference. In others, only vets are allowed to administer antibiotics to individual animals, and they are confined to 'on-label' use.

In Australia, we tread the middle ground. Vets must prescribe antibiotics and are ultimately responsible for their use although farmers are able to administer them to animals. We dispense them to clients in good faith, and we are required to adhere to strict rules governing the accompanying instructions we give. However, if we deem it professionally necessary, we can also use drugs 'off-label', using our knowledge to adjust withholding periods (within certain limits).

As vets, we take our prescribing responsibilities seriously and want the best outcomes for you and your animals. If you've got questions about an antibiotic that you bought from a clinic, just pick up the phone and give them a call.

*Ee Cheng Ooi is a cattle veterinarian and Phd student at Agribio. All comments and information discussed in this article are intended to be of a general nature only. Please consult the farm's vet for herd health advice, protocols and/or treatments that are tailored to a herd's particular needs.