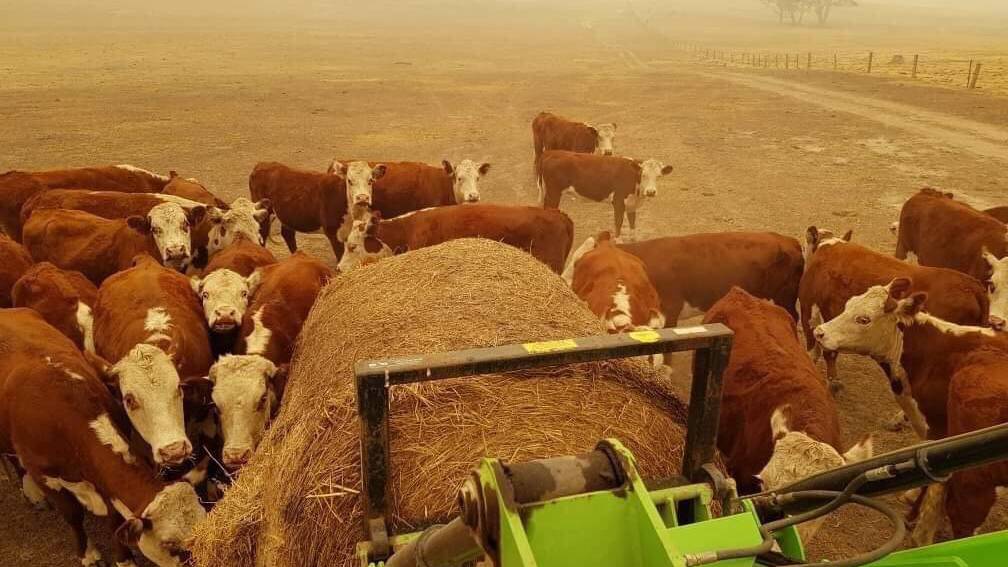 GETTING livestock producers impacted by the devastating bushfires back into production as soon as possible will be critical to stemming the long-term impacts to beef, dairy and sheep industries.

So say industry leaders who have listed feeding surviving livestock as the number one priority at the moment.

The National Farmers' Federation says producers would benefit from cash grants to ensure the funds needed to cover the many and varied significant costs involved with rebuilding.

The NFF has emphasised to the Federal Government that many drought-affected primary producers in NSW, Queensland and parts of Victoria and South Australia, who have not suffered from the fires, are nevertheless facing dire circumstances in terms of their ability to generate income.

"The unprecedented rainfall conditions and extreme temperatures are pushing even well-prepared primary producers beyond their ability to manage," Ms Gordon said.

"The recent bushfires will place even greater pressure on these drought-affected farmers by increasing competition for scarce fodder and water resources."

The latest estimates indicate more than 32,000 head of stock have been lost on Kangaroo Island, on top of more than 13,000 in Victoria and close to 4000 in NSW.

Authorities across all three states, however, expect the count to rise as assessments are conducted.

While the full extent of the fires to Australia's livestock business may take months to understand, industry leaders say the fallout will be significant.

Meat & Livestock Australia's managing director Jason Strong, in a message posted on the organisation's website, said the number of people and animals affected, plus the amount of infrastructure and vegetation destroyed, was unprecedented.

"We have witnessed catastrophic bushfires roar through millions of hectares of rural and regional Australia, much of it farm land," Mr Strong said.

"There are close to 80,000 property identification codes in the main affected regions. Our latest information is that 9 per cent of the national cattle herd live in regions that have been significantly impacted and a further 11pc in regions partially impacted.

"For sheep, 13pc of the national flock live in regions that have been significantly impacted and a further 17pc in regions partially impacted."

MLA was working with the various state bodies to gain a more accurate picture of livestock numbers affected.

If possible, reporting of stock losses to the relevant state department is encouraged, to help authorities assess the extent of the damage and determine what assistance will be required for recovery.

Analysis conducted by livestock market experts Mecardo indicates that assuming an average stock loss of 20pc across all the zones affected, numbers would equate to 1.7 million sheep and 450,000 head of cattle.

Mecardo's Matt Dalgleish said 2020 was already shaping up to be a season of tight supply across both cattle and sheep markets and livestock losses of this magnitude would represent another 2.4pc wiped off the national sheep flock and 1.8pc taken off the national cattle population.