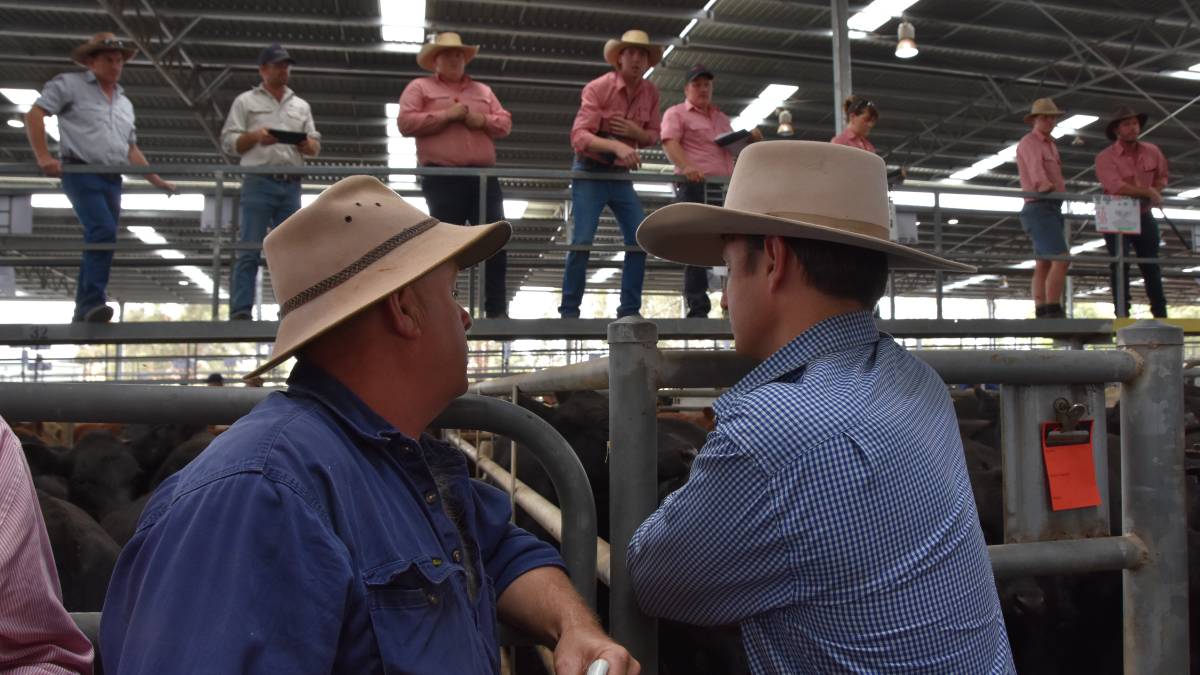 Young cattle prices have jumped significantly on the sniff of rain, with reduced numbers across several of the big southern saleyards in the past couple of days having an effect while larger yardings in Queensland attracted increased buyer interest.

The Eastern Young Cattle Indicator finished last night at 515.50 cents a kilogram carcase weight, up close to 30c on where it opened earlier in the week and up 38c on the same week last year.

National Livestock Reporting Service market officers and agents pointed to the forecasts of good rainfall across cattle-growing Eastern States regions over the next few days as having an effect.

At Armidale, both light weight young cattle and yearling steers and heifers to restockers were dearer, according to the NLRS.

At Bairnsdale, agents penned reduced numbers this week with the bulk of the yarding consisting of cows.

Total losses from bushfires still had not been calculated with around 30 per cent of properties not yet able to be accessed, he said.

"Stock losses have not been at levels first thought but at the same time, biosecurity vets are currently travelling through and euthanising any injured animals," he said.

Fodder was flowing well and had been adequate for the time being, with numerous different groups supplying and aiming to distribute as fairly as possible.

"That comes back to having decent, maintained infrastructure in the first place, something which is frustrating producers at this time."

Mr Vallance said there were livestock properties that had lost absolutely everything.

"It's a long way to come back from that," he said.

"One of the big issues will be replacing breeding stock. Both financially and logistically that is going to be challenging. When it rains this week, we expect Queensland and NSW to soak up everything there is."

In burnt country, beef was often the only option, Mr Vallance said.

"Wild dogs keep them out of sheep and it's too steep for cropping in most of those parts," he said.