The Tandara bloodlines dominated the ribbons at this year's Brown Swiss show at International Dairy Week. 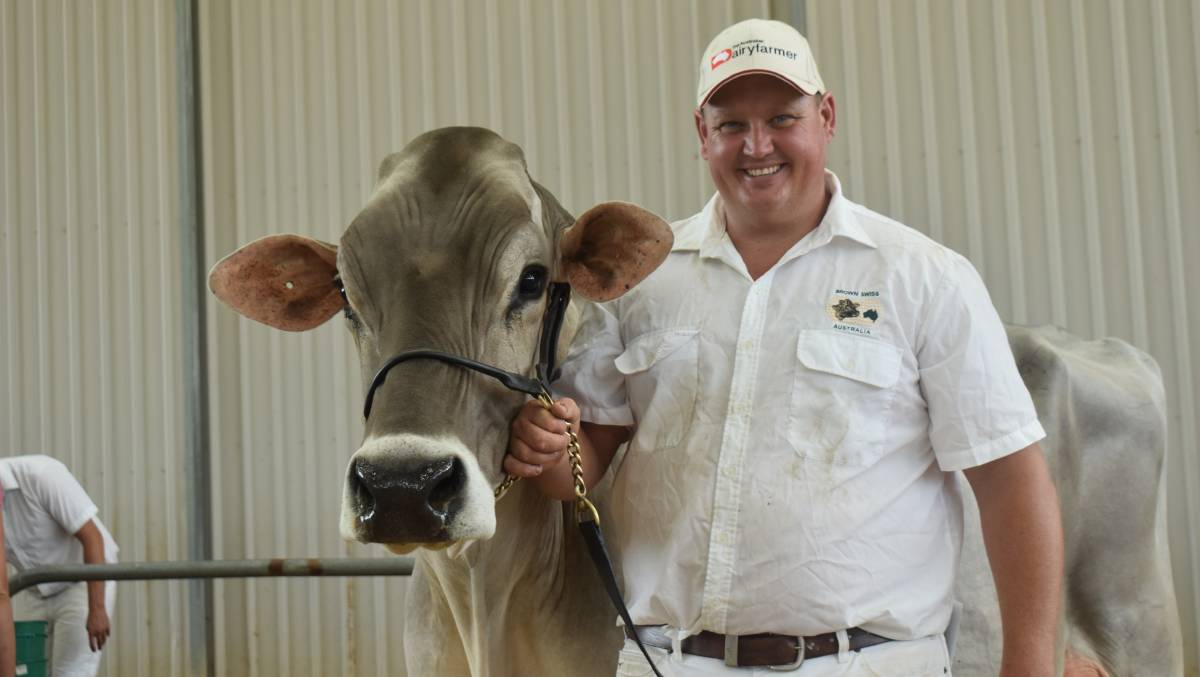 Brown Swiss breeder Ben Govett and his team of cattle and people enjoyed a successful 2020 International Dairy Week culminating in taking out the grand champion exhibit.

Mr Govett said with eight in-milk females at the show, the memorable success was his aged cow, Tandara Etvie Heidi 217, a July 2008-born cow, taking the major ribbon at her 10th IDW.

"She's done pretty much everything else."

The female was by a German sire, Etvie, out of a Tandara cow.

Brown Swiss judge Kevin Ziemba, United States, said the quality of the show had been tremendous.

"The cow is awesome, I love a cow that has that maturity," Mr Ziemba said.

"She's had seven calves, she is a tremendous dairy cow.

"We all strive to have a cow that can last that long and function at that level and still look this beautiful doing that."

Mr Ziemba said he was most impressed by the quality of the animals on show.

"There wasn't the milking cow that was even average," he said.

"When we had classes with only three to five in a class, it made it even harder."

The junior champion was an entry from the Drop Bear Syndicate, Tallygaroopna, Tandara Superstar Sarajevo 146, led by Brad Gavenlock.

The April 2019-drop heifer was sired by Superbrown Kiba Superstar and out of Tandara Paray Sarajevo 120.

Lotus 3 was a twin born July 2019 and sired by P Livello Bive Pays Bender, out of Miss Payssli Lola.

The September 2017-drop, in-milk heifer, was sired by Superbrown Livid and out Tandara Denver Lunda 216.

The reserve was another Tandara female, Tandara Biver Sarajevo 125.

Mr Ziemba said he was "pumped" to find a group of intermediate cows as good as this.

He said the four females in line for the broad ribbon were tremendous young cows.

He also made the honourable mention senior cow, Miss Payssli Lola, the best udder of the Brown Swiss show.

The encouragement award was made to the Simpson family, Deniliquin, NSW.

The premier sire award was taken out by Superbrown Vivid from Genetics Australia.

Mr Ziemba said his first trip to the event was highlighted by the fun and good spirit shown.

He had visited dairy farms and heard the industry story.

He said that included hearing what dairy farmers were dealing with water and staying pertinent.

"It is really exciting to have events like this to bring that spirit of camaraderie together," he said.