A new record for an unjoined Jersey heifer was set at this year's IDW Jersey sale. 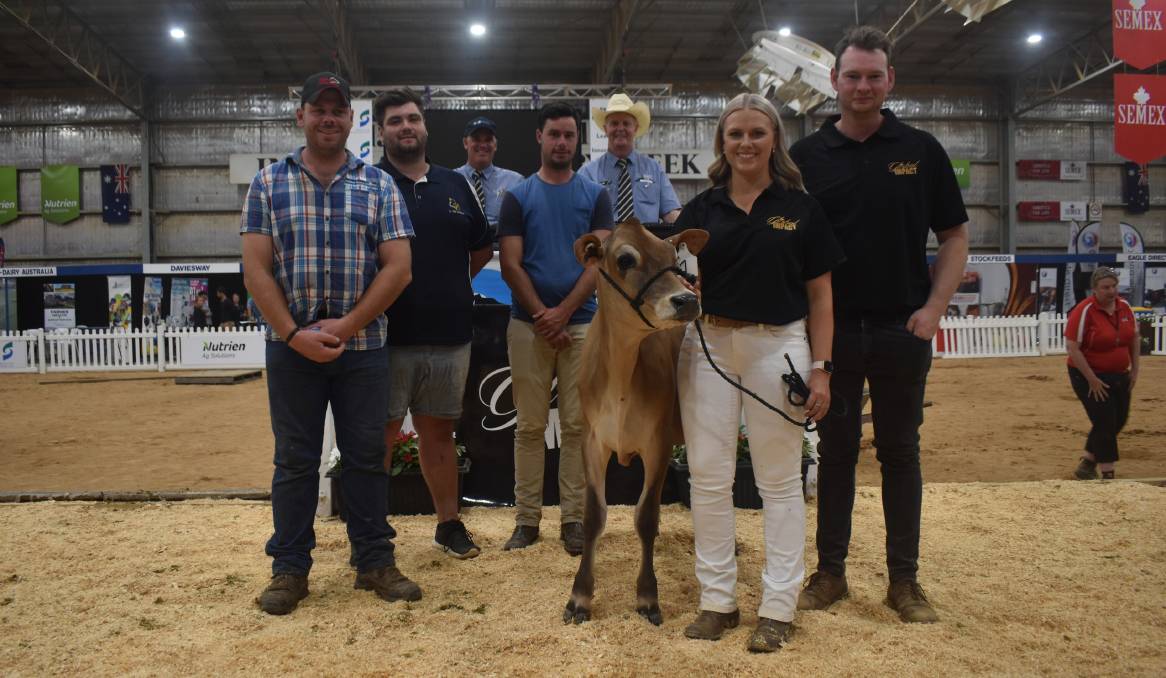 The July 2019-drop heifer was sired by River Valley Venus VIP and out of MB Lucky Lady Feliz Navido.

The buyers were Mitchell Flemming and Lukas Randle, Newry.

Mr Flemming said they had been keeping an eye on the heifer's dam for a long time.

The vendors were Declan Patten and Callum Moscript, Sale.

Mr Patten said the heifer's history went back to a visit he made to World Dairy Expo where he saw the "most complete Jersey cow" he had seen.

The cow was Feliz Navidad, and he purchased embryos.

"We are incredibly happy with how she went," he said.

Chilli was by Steinhauers Applejack and out of Chilli Premier Cinema.

She was sired by Hawarden Impuls Premier and out of Bri-Line Valson Spritz.

The purchaser was Bushlea Farms, Koonwarra.

Another lot by the same vendor was Lightning Ridge MB Showdown Dixie that made $7000, bought by Menzies Farms and John Andrews, Numbaa, NSW.

The buyer was BK & AM Tweedle, Glencoe, SA.

"Over the whole sale I was thrilled with the average of $5800," Mr Leslie said.

He said the genetics were "show-cow" genetics and for those people that were chasing those cows, it was a great opportunity.