Broad ribbons have thrilled winners and families in the Jersey judging arena. 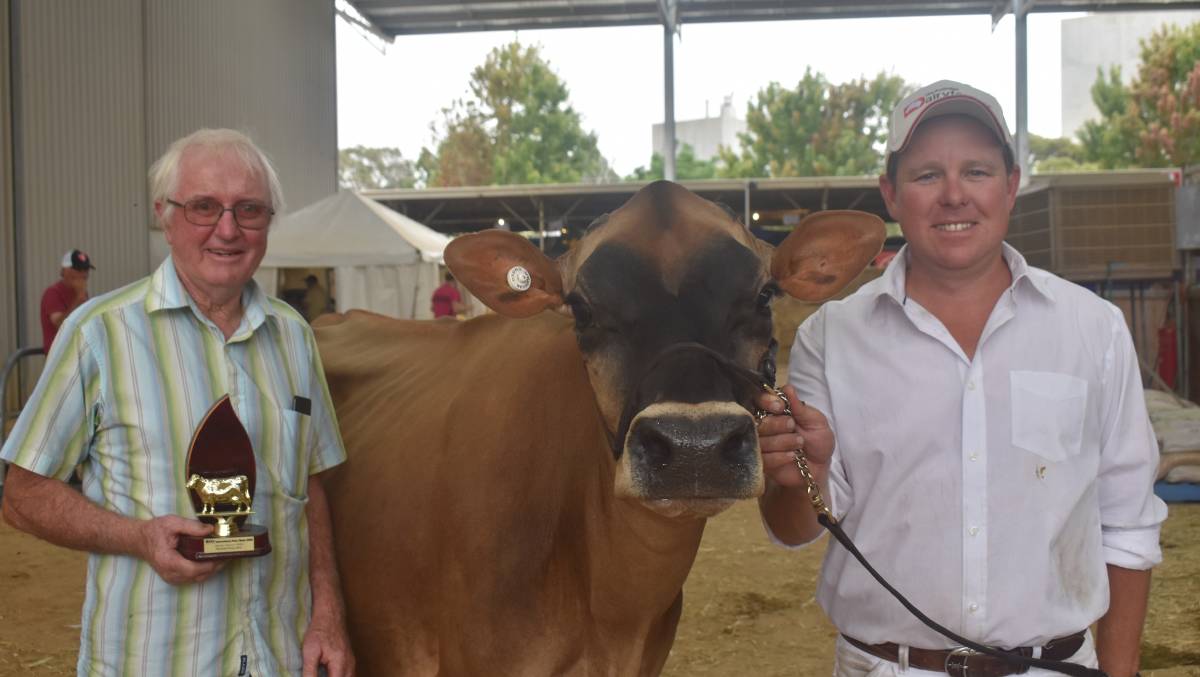 The 2019 Jersey intermediate champion cow has brought more joy to its owners by taking out the senior and grand champion exhibit at the 2020 International Dairy Week Jersey Show.

Mr Walsh said they milked up to 400 cows this year.

"This makes everything look up. She's a great cow, easy to handle and has just kept improving all the time."

Mr Walsh said the win and genetics of the winner went back to 1925 when the family started milking.

"She has never been beaten," he said.

"The plan was always to get her pregnant and hopefully bring her back next year. We didn't know if this was going to be a fairy tale or not.

"We'll do some IVF work with her. She was supreme intermediate at Sydney last year, so I guess she's got some unfinished business up there.

"I'm not ruling out a trip to Sydney in April yet."

Mr Gavonlock said the win ranked right up there

"Our last grand champion that we owned was 2005, so it's been a while between drinks," he said.

Judge Chris Hill, Maryland, US, said the winner represented "why we do this".

He said the champion had the perfect combination of strength and dairyness. She walked on tremendous feet and legs and had a beautiful udder.

"What a dairy machine," he said.

Intermediate champion was another thrilling story for Trevor and Julie Campbell, Rochester, who bred and showed Jimann Tequila Maree.

Mr Campbell said the cow had never been to IDW before but had been shown at local shows.

The winning cow was out of a "Spiritual" cow in the "M" family..

Mr Campbell said the cow was from a humble background that went back 50 years ago when he started milking with a line of heifers he paid $60 each for.

"She descends from one of those heifers. She is the culmination of 50 years of breeding," he said.

He said they had dispersed their herd but retained the cow plus another.

"It's a great thrill to win something like this at dairy week - it's not a bad way to finish," he said.

The junior champion was shown by Andrew Cullan, Cohuna. The heifer was Philmar FC Upto Mischief.

The premier breeder and premier exhibitor was the Bacon family's Brookbora Jerseys, Tennyson.