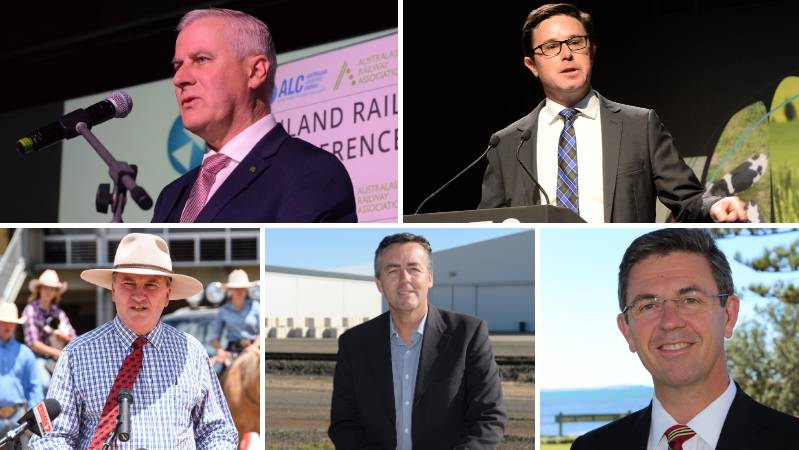 The Nationals will hold a party room meeting tomorrow to decide.

FIVE politicians are expected to put their hand up for the vacant position of deputy leader of the Nationals, following the resignation of Bridget McKenzie and party leader Michael McCormack may also face a leadership spill.

The Nationals will hold a party room meeting tomorrow to decide who gets the deputy party leader role, while a number of National politicians are crunching the numbers to see if they can challenge McCormack.

Water Minister David Littleproud is considered the front runner for deputy leader. He allegedly had the numbers to take a shot at the top job in February 2018 when former leader Barnaby Joyce stood down, however decided party unity was more important and backed Michael McCormack.

Mr Joyce has also thrown his hat in the ring, and also declared he'd take a run at the top job if a leadership spill was declared.

Lyne MP David Gillespie has been spruiking his credentials this morning and wouldn't rule out a leadership spill, however reiterated that he was only gunning for the deputy leader position.

"My conversations with my colleagues are about whether they would support me for the leadership role and I will continue to that," Mr Gillespie told Sky News.

"I would serve under anyone. And at the moment, our leader is Michael McCormack, that is what is in front of me.

"People in my area want to see their leaders out about. We have been through the biggest bush crisis, that we should see for generations with the bushfires. We've got the drought, and we have had ministers out there.

"But I would have taken a slightly different tack and if I was in a leadership position, being able to be a bit more prominent."

Mr McCormack has responded to talk of a leadership spill, stating he still has the support of his colleagues.

"No spill has been called, there is no vacancy for the leadership position," Mr McCormack said.

"I have the overall majority support in the party room and I'm going to continue serving as my colleagues want me to and as regional Australia expects me to."

Nationals stalwart Darren Chester is also declared an interest in the deputy party leader position. The Victorian MP has been with the party for over a decade and is serving as Veterans' Affair and Defence Personnel Minister.

New England MP Barnaby Joyce says he will challenge Michael McCormack for leadership of the National Party if the position is spilled.

A vote for the new deputy leader will take place in Canberra on Tuesday after Bridget McKenzie resigned over the sports rorts scandal on the weekend.

It is up to the Nationals' partyroom to decide if there will be a leadership spill and not just a ballot for McKenzie's deputy position.

"If there is a spill then I will put my hand up," Mr Joyce told the Seven Network's Sunrise this morning.

"What you just heard was a vote of no confidence in the current leadership of the National Party," Mr Fitzgibbon said.