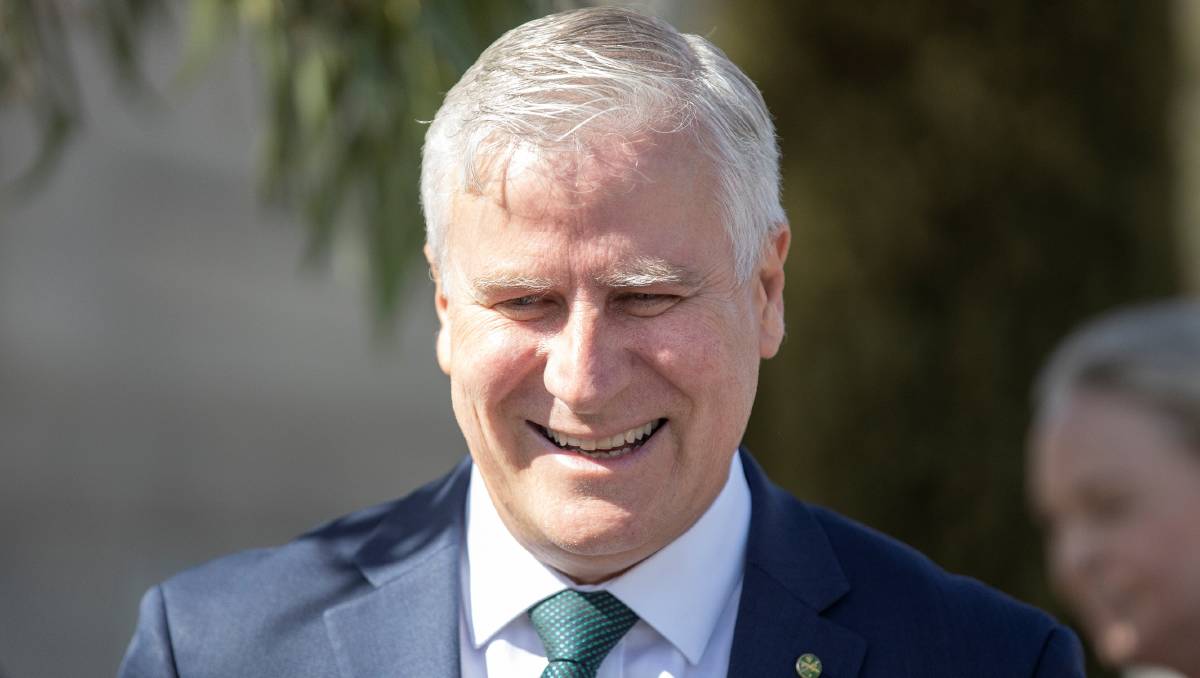 "I don't expect him to challenge again. I was endorsed as the leader three times in two years," Michael McCormack said.

Michael McCormack has survived a nasty leadership challenge from Barnaby Joyce, however the brawl revealed a deep divide within the party.

Mr Joyce fell just short of securing the 11 votes needed to oust Mr McCormack, who may face more questions about his leadership from within his party - however, Mr McCormack insists the party is now united.

Mr McCormack said he "looked forward" to continuing to work with Mr Joyce.

"I've shook hands with Barnaby, we're going to move on and work together, with the party, together for regional Australia," Mr McCormack said.

"I don't expect him to challenge again. I was endorsed as the leader three times in two years. I think that's enough to warrant me leading the party."

Mr Littleproud said with the leadership ballot over, it was time to focus outwards on regional Australia, rather than inwards on the party.

"The shenanigans are over," Mr Littleproud said.

"The story of regional Australia is 'just add rain', and it will come."

There will be a cabinet reshuffle to follow, with a number of portfolios to change hands, including agriculture. BACKBENCH FOR NOW: Barnaby Joyce in the House of Representatives after losing the leadership challenge. Photo: Sitthixay Ditthavong

"It is appropriate that if an issue needs resolving as to contentions held, there is a procedure to resolve it as is noted in our Parliamentary system," Mr Joyce said.

"That process has been followed and the issue is finalised. This was made as brief as possible prior to the first sitting of Parliament for the year.

"I support the vote of the room and will strive for the re-election of a Morrison McCormack government as this is definitely the better outcome for Australia and especially of regional people.

"Now my first attentions go back to where they were before this week, the New England, drought, fires and now the threat of Coronavirus." BACK TO BACKBENCH: Matt Canavan won't seek a front bench reappointment, but was named Nationals deputy leader in the senate. Photo: Sitthixay Ditthavong

Senator Matt Canavan resigned as Resource and Northern Australia on Monday to back Barnaby Joyce in the leadership spill.

However, he doesn't expect to be reappointed to the front bench - but he was appointed Nationals deputy leader in the Senate.

"I congratulate Michael McCormack on his re-election as Leader of the Nationals and David Littleproud on his election as Deputy Leader," Senator Canavan said.

"It has been a great honour to work with Michael and the Prime Minister as part of Cabinet. I will now commit to supporting Michael and the Coalition as a Senator for Queensland."

Senator Canavan said over the past decade, the Nationals had become the party for those that "wear bright orange, bright yellow and even bright pink".

"They are the most visible people in the airport but they often get ignored by the comfortable commentariat of our nation," he said.

"The Nationals have grown and consolidated their vote over the last three elections, and if we keep fighting hard for workers we will continue to do that."