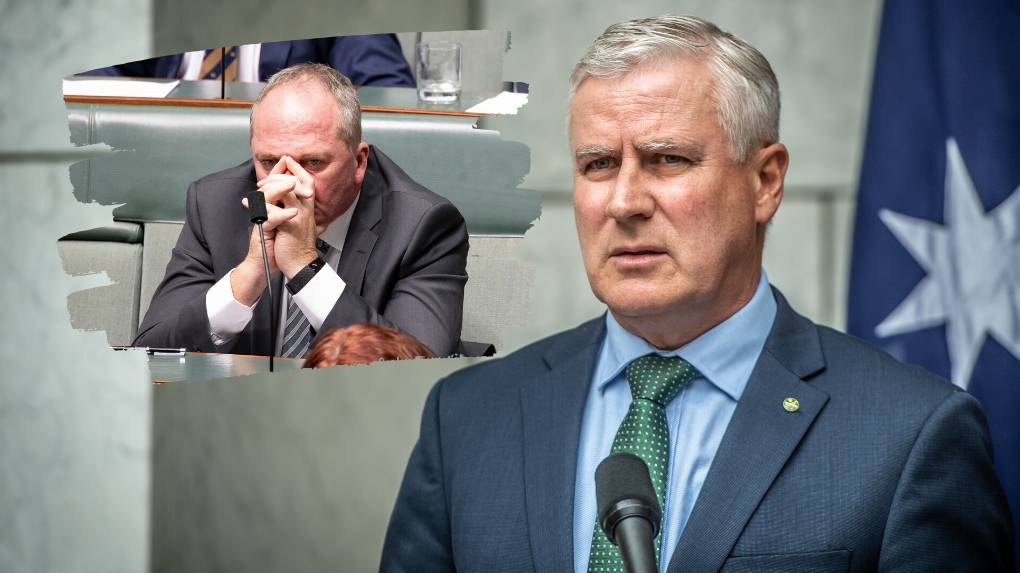 "We have to draw a line in this, not for our sakes but for the people we represent."

THE National Party has declared it's back on track focusing on regional Australians instead of party politics, however Barnaby Joyce has refused to rule out another leadership tilt.

"Barnaby has pledged his loyalty, he said he won't rechallenge, we should take his word for it," Mr McCormack said.

"We have to draw a line in this, not for our sakes but for the people we represent.

"The people of Australia, particularly those who live in the regions, need to know that we are there for them, not ourselves."

However, Mr Joyce failed to rule out a future stab at the party leadership.

"I have got no intention whatsoever to be challenging anybody for the leadership," Mr Joyce told ABC radio New England.

"People say 'never ever would you ever consider standing?' No you can't do that, because you just don't know what will happen in the future.

"Some say rule out any tilt, but that's not going to happen.

"But I'm glad this issue's been dealt with, the boil has been lanced and you move on."

Mr Joyce hit back at criticism of the timing of the Nats spill, which took place on a day dedicated to the volunteers and victims of the bushfires.

"This was all before any speech on bushfires, before the condolences, it was all dealt with it beforehand," he said.

"That issue was dealt with as quickly as possible. I don't think anyone is suggesting it detracted from the bushfires."

Newly-elected Nationals deputy leader David Littleproud said Mr Joyce had been "gracious in defeat" and the issue was now settled.

"It's now time to focus on those people that are crippled by drought or have been impacted by fires, to focus on them and not us," Mr Littleproud said.