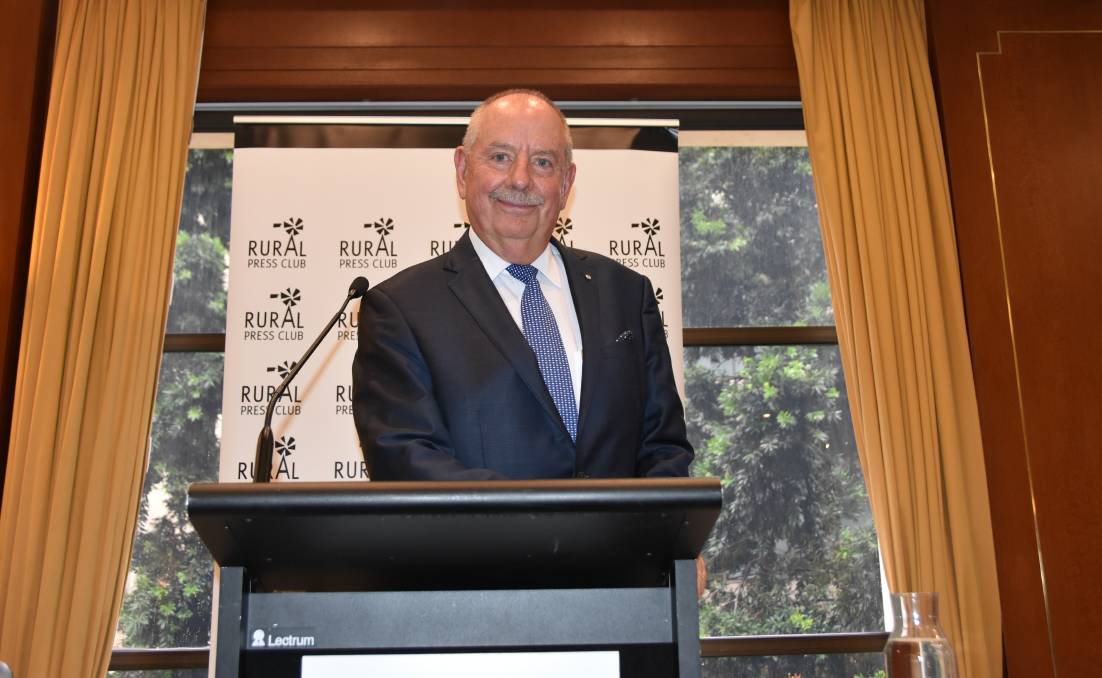 Retaining autonomy with the various sectors of the red meat industry and not channeling all levies through a single overarching body is one of the key changes that has been made in plans to reform industry structure.

Those leading the reform process, however, are adamant there is an appetite for levies to fund policy and advocacy. That appetite exists both within the industry and politically, they say.

In the dairy sector, moves towards that are also unfolding and the pork industry has proven it can work.

Chair of the Red Meat Advisory Council Don Mackay gave an update on negotiations around modernising the way the industry operates at a Queensland Rural Press Club lunch in Brisbane yesterday.

The control of all levies proved a major hurdle, with some peak industry councils (PICs) and big levy payers not wanting to cede any say in how levies are spent.

The reform process has now moved away from some concepts in the initial recommendations, but others had been shored up, Mr Mackay reported.

It has been unclear in the post white paper world what role the six PICs (representing grassfed cattle producers, lotfeeders, goats, sheep, live export and processing) would play, he said.

"In the commercial world we are all customers to each other and are one chain but we all have industry-specific and internal issues to deal with and manage on a day-to-day basis," Mr Mackay said.

"A major stumbling block, and in reality this issue is primarily within the grass-fed cattle sector, has always been the money - attracting investment from businesses to deliver a national view for grass fed cattle has been a challenge.

"Many hard-working Cattle Council CEOs and presidents have tried and broadly failed over the past eight years to get acceptance for the changes they have promoted. They are to be applauded for the changes they did oversee but the major end game has been very hard to achieve."

Mr Mackay explained the problem lay in the fact the money resided inside the service providers, particularly Meat & Livestock Australia, but the development of good policy and advocating that policy to governments and the community was the responsibility of the PICs.

Many producers have long argued they have paid enough in levies to get these activities done without paying further PIC membership fees.

At the same time MLA has been constricted by funding arrangements with governments which prohibits using levy money for advocacy.

Mr Mackay said the Australian Pork model showed "the sky did not fall in" when levies were used appropriately for policy and advocacy.

The time was ripe for red meat to make the same move, he believes, but it would be critical to have a clear definition of political activity.

The exclusions would include using levies to fund political campaigns or running a 'how to vote' campaign.

It was the view of those leading the reform process that PICs should be in part funded by levies because of the essential nature of industry needing to lead technical policy development from within.

The case for one voice for Australian red meat and livestock was compelling, Mr Mackay said.

"As an industry with many stakeholders and many competing interests we have made it extremely easy to be political targets by both decision makers and those within the industry," he said.

"It has been a divide and conquer approach which has made it very easy for governments to say no because they can hide behind 'the need for one voice and consensus'.

"Politicians best of all know that consensus is simply not practicable - we need look no further than the National party room this week as an example."

Mr Mackay said the vision was for Red Meat Australia to "be the machine we need to counter the anti-meat movement and run a community relations campaign at scale, to harness the power of Australia's 23 million customers as opposed to just meat marketing."

Tweaks have also been made to another key recommendation in the white paper, that the industry's three service providers - MLA, the Australian Meat Processing Corporation and LiveCorp - be combined into one.

The main one is the function of marketing will remain with this body.

Reform leaders also make the point it will not be one mega agricultural research and development corporation, nor would it combine functions from other proteins such as pork or chicken or absorb dairy and wool.

"It needs to be business-centric with a core charter of connecting levy payers with research and knowledge directly relevant to their production, region or business," Mr Mackay said.

"Make no mistake, the charter of a service provider is to elevate industry output, not cater to the lowest common denominator."

The body would be levy payer owned with levy payers retaining autonomy across prioritising funds.

Mr Mackay announced the industry would be trialing this model in 2020 through a pilot animal welfare and environment taskforce comprised of business leaders from paddock to plate.

"A good story is simply not enough and just telling it will not save us in the most discerning of markets," Mr Mackay said.

ALSO IN BEEF: Rain to drive cattle market story in 2020