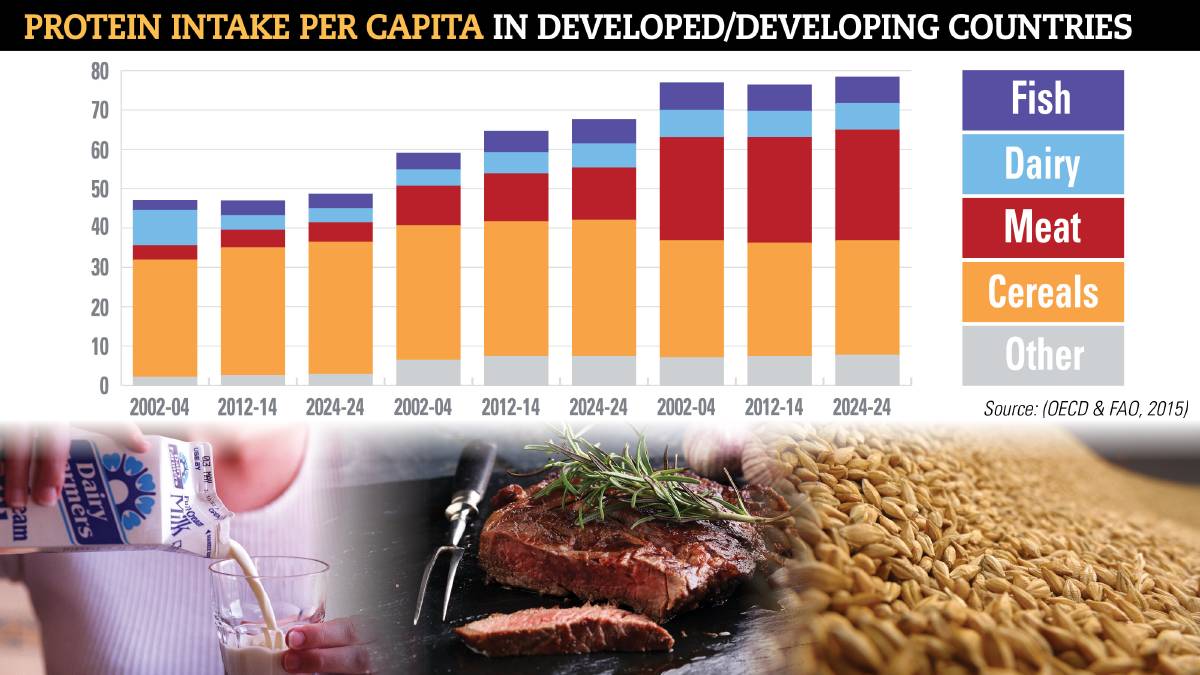 Graph courtesy of The Changing Landscape of Protein Production, a report funded by AgriFutures and delivered by AFI.

NEW demand for red meat from a rising population will outweigh any additional market share that alternative proteins may gain in the near future, comprehensive analysis has found.

The work, funded by AgriFutures Australia and delivered by the Australian Farm Institute, indicates there is more than enough room for both animal-based and alternative proteins in the Australian market.

Animal agriculture will struggle to supply the world's growing demand for protein using the finite resources available in current production systems. So while alternative protein substitution will continue to increase in the next ten years, the levels will not present a material threat to the viability of beef and lamb producers.

The research found there will be an additional $19.9 billion opportunity for protein production by 2030, of which only $3.1b is attributed to alternative protein categories.

AFI executive director Richard Heath said while there had been a lot of hype around the potential of so-called 'fake meat' as a disruptor of the livestock industry, this research showed the emerging market for alternative proteins should not be seen as a threat but rather a means of diversifying choices for producers, processors and consumers. Livestock service providers and producer advocacy groups had reacted well to the emergence of alternative proteins and placed the industry on the front foot by gathering consumer data and community sentiment insights, Mr Heath said.

However, some individual reaction, largely on social media and often from the production sector, had not served the industry well.

The more aggressive approach and denigration of those producing alternative proteins was counterproductive, Mr Heath said.

This new analysis, outlined in the report The Changing Landscape of Protein Production, would provide comfort to those who see alternative proteins as sounding the death knell for animal production, Mr Heath said.

It concludes the new proteins should be seen as an opportunity to build Australian agriculture overall.

A significant area the livestock industry needed to remain on top of was the language used by some alternative protein marketers, Mr Heath said.

"Some, not all, are using language to promote their product that is inflammatory towards animal protein industries - misleading claims around health disadvantages of red meat and sustainability," he said.

"We believe that is far more of a threat to the industry than the actual production of alternative proteins in terms of community trust issues and the potential for disruptive legislative outcomes.

"We don't think the number of people looking to substitute would be as much of a threat as if it happened the community conversation unfolding led to conditions put on trade access that required the demonstration of emissions reduction to access a market, for example."

How does the industry counter this threat?

"By demonstrating the environmental and human health credentials of the animal protein industry and communicating them," Mr Heath said.

"The CN30 initiative is a good example.

"Livestock industries need to participate vigorously, and with a good evidence base, in the conversation.

"At the end of the day, however, we also need to be speaking the truth, so making sure our practices are doing what we're saying they are doing is very important." 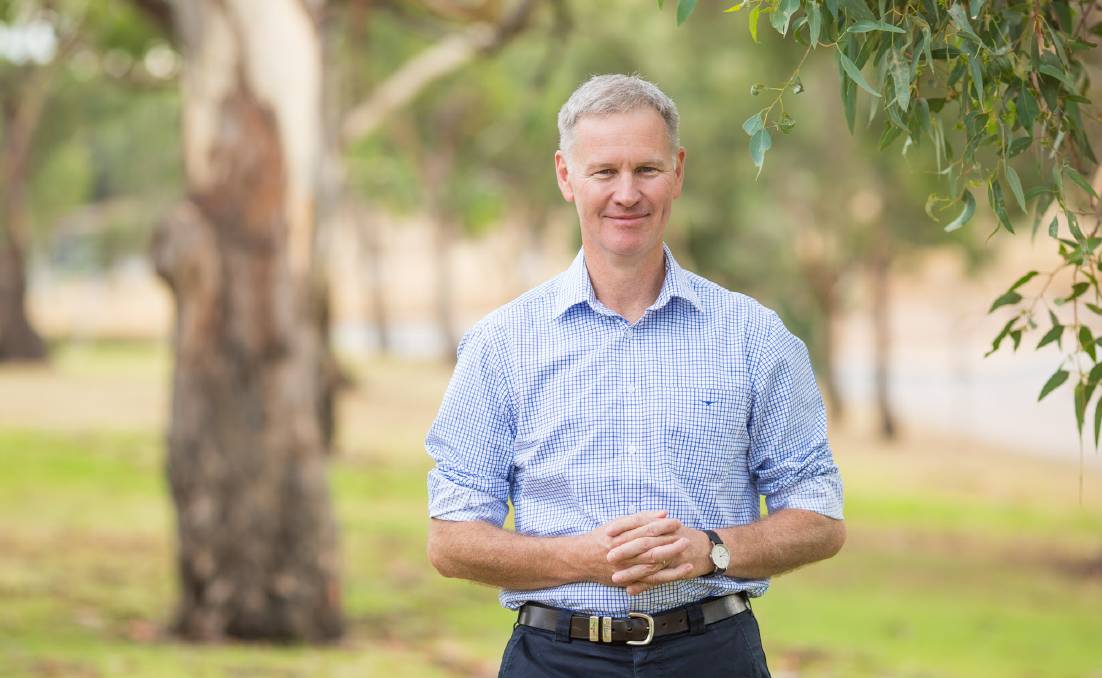 "Enabling traditional and alternative protein producers to work in collaboration - such as using the by-product of insect farming as feed for chickens, pigs or fish - will provide a mutual sustainability benefit," he said.

The report recommends livestock producers be proactive in differentiating their products, particularly in the promotion of health or environmental benefits, rather than reactive against a competitor's perceived threat.

It says: "The unique protein quality of animal products provides consumers with higher levels of essential amino acids compared to plant-sourced protein sources. In addition, the highly processed nature of some plant-sourced meat analogues suggests a growing opportunity for animal-sourced protein sources to be marketed as 'natural' and 'unprocessed'. As consumers become increasingly concerned regarding the quality and health aspects of their food, creating marketing strategies which promote the health benefits of an animal protein will be an opportunity to increase their overall demand."