Where there's rain, restockers 'laying their ears back and buying' 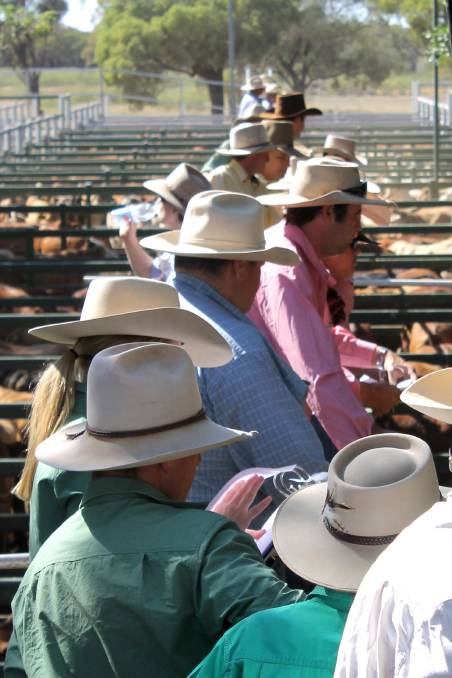 GRASS fever is proving far more potent than coronavirus around the rails and while the cattle market turnaround is not yet being labelled a full recovery, the metrics are there to support reinvestment in stock.

Agents and analysts say markets respond to moisture whether it grows grass straight away or not and prices are being driven by the season far more than international affairs.

Any further rainfall is likely to put more upward pressure on cattle prices but even without it, the weaker Australian dollar will provide a level of support, coupled with lower year-on-year production and demand in export markets, according to Rural Bank.

Rainfall has not only awoken restockers, it has led many producers to hold stock back from sale yards and given weight to projections of extremely tight supply come winter.

"Even through all the natural disasters, we have seen the cattle market hold up with strong export demand, a favourable Australian dollar and record low interest rates - all these things support on-farm profitability," said Josie Zilm, Victorian-based regional agribusiness manager at Rural Bank.

"There is enough confidence out there for many to start restocking."

Only months ago, the majority of the cattle truck traffic was headed south with drought-affected stock chasing agistment but now it's heifers, pregnancy-tested-in-calf females and trade animals headed north.

"There are some in southern Victoria who didn't destock and were poised to capitalise on price rises immediately," Ms Zilm said.

There are still desperately dry parts and, particularly in Queensland and NSW where properties are severely drought-affected, even the substantial falls won't be enough to stimulate feed growth yet.

But the influence of those confident they will get grass is driving the market at the moment.

One upside for producers who haven't received decent rainfall yet is the rising market and some will look to capitalise on the better prices by offloading, rather than continuing to hold on.

Emerald agent Terry Ray said where rain had provided feed, producers were 'laying their ears back and buying' despite the fast-rising market.

"They're paying way above their expectations but you're either in this or you're not," he said.

Most were confident the pay-off would be there at the other end, although 'you only ever find out for sure when you sell', Mr Ray said.

"Most of this area has had an adequate share or rain and there is feed about," he said.

"That has coincided with lifts in export markets to make cattle buying extremely competitive.

"The feedlot market is really strong, and grainfed export values have just lifted again so that's likely to continue."

Most report traders have been the first ones back but the sizzling demand for females indicates strong breeding intention.

PTIC cattle on AuctionsPlus have sold at rates close to double that of the lows of late last year.

National Australia Bank's rural commodities wrap for February says the Eastern Young Cattle Indicator has now reached its highest point since June 2017 and is only 100c below the 2016 record.

However, agribusiness economist Phin Ziebell said the bank was still cautious about calling a recovery in cattle prices unless there was sustained rain.

While coronavirus has commanded plenty of headlines, it seems far from the minds of those at saleyards, even processor buyers.

Rural Bank says the negative impacts of coronavirus on Chinese demand for Australian beef is expected to be mitigated by the significant requirement for red meat to offset reduced pork availability as a result of African Swine Fever.

Agents said events in China were not spooking anyone.

Mecardo's Matt Dalgleish reported Chinese demand for Australian beef for the first month of 2020 hit a new January record and represented a 201 per cent lift on the five-year average and a 73pc gain on the previous record January high achieved last year.

"Certainly, the January trade flows highlight that there hasn't been any sign of disruption," Mr Dalgleish's latest article says.

"In our view, the only way Coronavirus would start to play a significant part in impacting beef export flows is if it creates a global economic slowdown reminiscent of the Global Financial Crisis or Asian debt crisis, and in this event, it would still take some time for a global cattle price decline to flow through to Australian prices.

"In the short to medium term, local Australian prices are going to be dominated by the expected tight season and the improving climatic outlook which will encourage restockers."