The South Australian farming family responsible for Victoria's most expensive farm purchase two years ago has notched up another milestone - a century-old business partnership.

The AJ and PA McBride company, which paid almost $80 million for the 47,677 hectare Telopea Downs and its livestock, now rates as one of the modern pastoral industry's biggest players, with 10 grazing properties and a 6400 bale annual wool clip.

The 1.4m hectare family estate is one of Australia's 20 largest landholdings and one of our top four wool producers.

It hopes to become the biggest wool grower, with a 10,000 bale clip, overtaking the likes of Paraway Pastoral, and the McLachlan family's Jumbuck Pastoral.

Even before the Telopea purchase, McBride's annual wool sales alone were worth more than $13.5m.

Its holdings vary from the 507,000ha rangeland station, Wilgena, between Port Augusta and Coober Pedy, to a 34ha vineyard near Naracoorte in SA's South East.

About 320,000 Merino and crossbred sheep make up 75 per cent of McBride's 460,000 dry sheep equivalent livestock portfolio.

The family's production capacity received a powerful boost with the late 2018 purchase of the 11-property Telopea Downs aggregation, north-east of Bordertown on the SA-Victorian border, bought from Qatari sovereign wealth fund's Hassad Australia.

By and large we'd really rather be graziers than croppers - Keith McBride, AJ and PA McBride

Telopea, which ran Awassi meat sheep and had a 12,000ha cropping focus under Hassad's eight year reign, is set to lift the total McBride wool clip by 40pc when Merino flock numbers have fully rebuilt.

Longer term plans for more land and to improve flock genetics and grazing strategies have the company's six directors targeting their 10,000 bale goal for the end of the new decade. 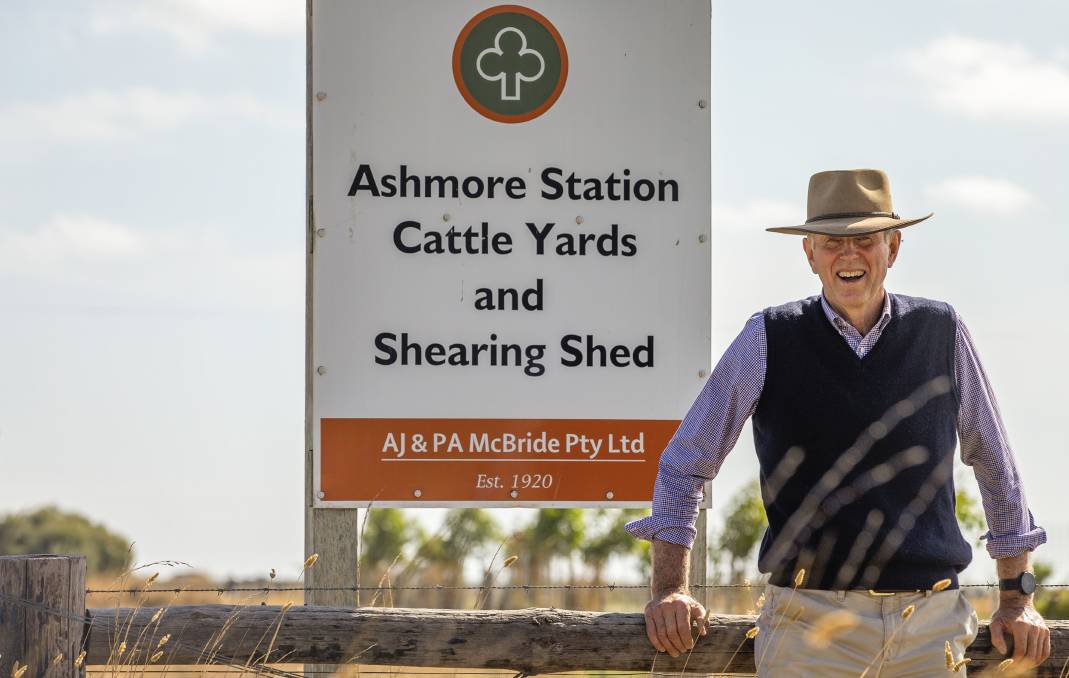 McBride's board, representing about 100 family members, was also looking at "downstream options" for the company's wool, sheepmeat and beef.

However, careful consideration of potential supply chain diversification ventures over the years - even quite recently - had not yet produced the right fit.

"We haven't been able to crack that one so far, but we'll keep looking," Mr McBride said.

The strategic benefits of diversifying have previously seen the family move into some other farming categories, too, including a 200ha flower farm near Lucindale in the 1990s (now leased), and its Faraway Vineyard in 2003, both bought to help weather the wool market doldrums after the 1990s floor price scheme collapse.

For 36 years, until 2010, the company had the large Aroona aggregation near Esperance in Western Australia, which included a considerable cropping area and share farming.

The WA assets were eventually sold, partly because they were difficult to manage from Adelaide.

"By and large we'd really rather be graziers than croppers," said Mr McBride, a fourth generation descendant of founding father, Albert James McBride, who began the dynasty, with son Philip, in the copper mining and pastoral district of Burra in SA's Mid North.

"While we've certainly got some good gear for the cropping job at Telopea, where grain and lucerne are also a very handy source of stockfeed, our strength is in grazing.

"We intend to be a strong, united and profitable company for many generations to come."

Despite recent drought, he said the past decade had seen a heartening lift in enthusiasm for agriculture, particularly red meat and wool, with new investors jumping in and exciting technologies emerging to help farmers manage better.

While corporate and larger family operations often dominated the headlines, there were "plenty of examples of family farms of all sizes doing very well and feeling very positive".

We're committed to productivity and growth in our business, and the sustainability of the agricultural sector and long term health of the country we manage and share with others in the community - Keith McBride

Mr McBride said his six generation family company's 100th birthday was a chance to acknowledge a solid foundation set by AJ and Philip McBride and the determination of the generations of family and staff which followed them. 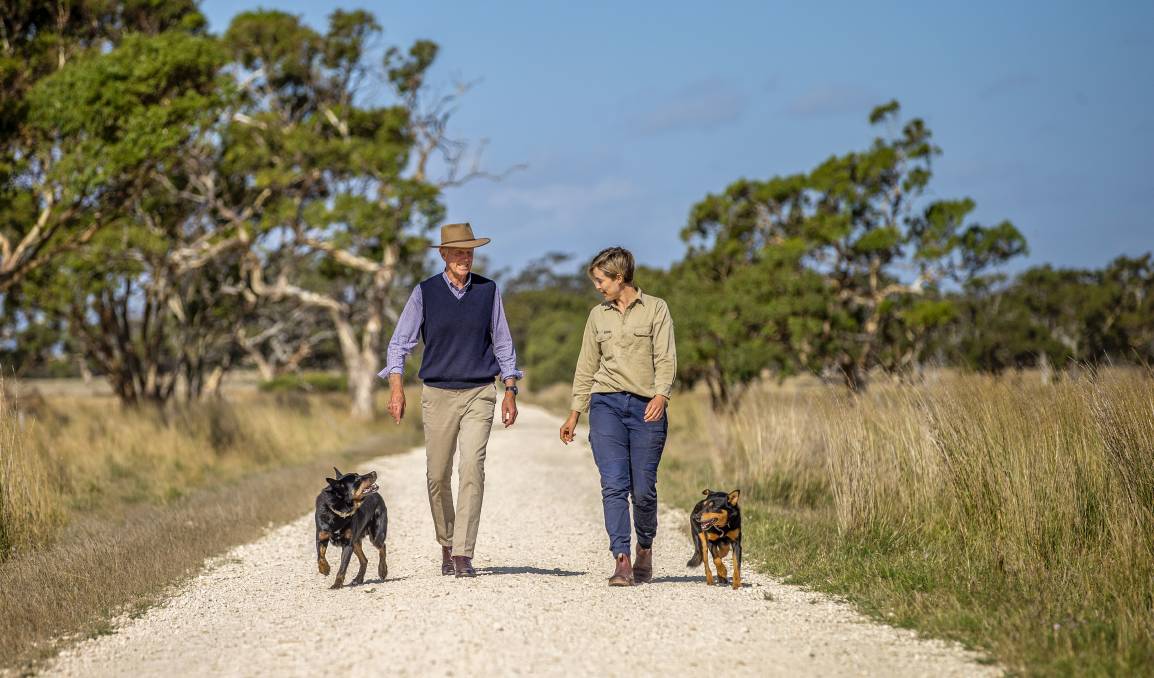 AJ and PA McBride chairman Keith McBride and daughter, Rebecca, who has recently returned home from Canberra, working on bushfire recovery initiatives after 1800 hectares of company land was burnt and some stock lost on Nepowie, near Naracoorte. Photo: Jacqui Bateman

The company's staff payroll has featured some family names, such as the Breedings, for two or three generations, including indigenous employees with long ties to its northern properties.

"Our business is committed to productivity and growth, and agriculture's sustainability, and the long term health of land we manage and share with others in the community," Mr McBride said.

Coinciding with the anniversary, the company commissioned author, Kristin Weidernbach, to chart its rich history of land transactions, natural disasters and market fluctuations, and the pioneering pastoralists, politicians and philanthropists who built the AJ and PA McBride family - and left their mark on wool growing.

"In one form or another this family has built, operated and grazed this land for nigh on 160 years," he observed.

"The McBrides defied drought, early court cases, and weathered the crash of wool's reserve price scheme which sent thousands of large and small farmers, and many wool processing companies, to the wall.

"Through thick and thin AJ and PA McBride and their descendants have stuck to their last."