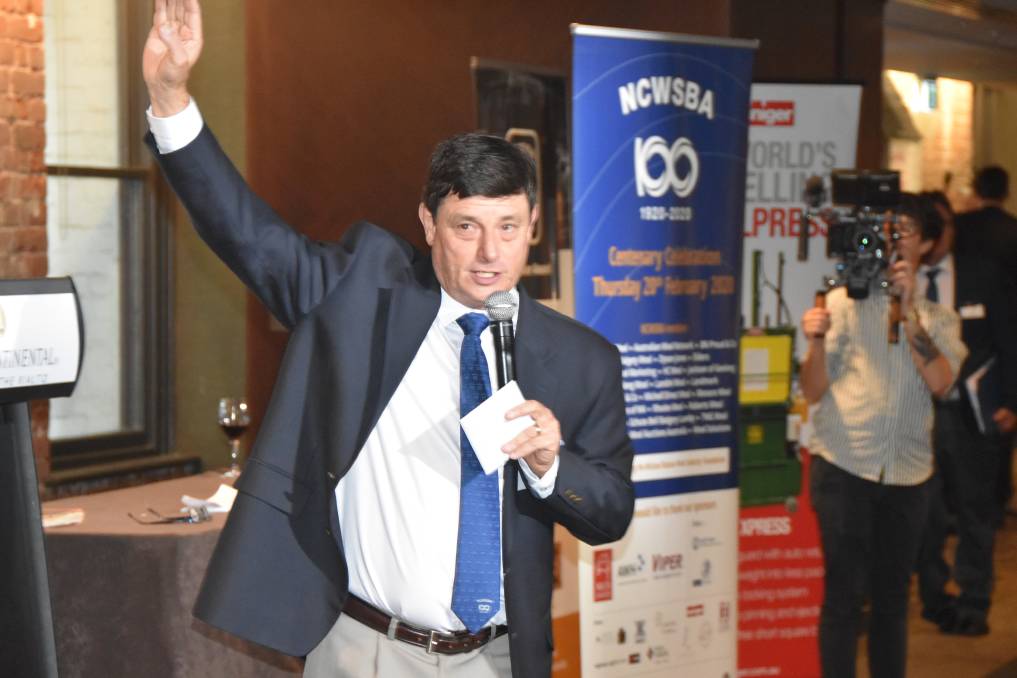 HE'S EXCITED: President of the National Council of Wool Selling Brokers of Australia, John Colley, during a charity auction at the association's centenary cocktail party in Melbourne on Thursday.

The National Council of Wool Selling Brokers of Australia has marked its centenary with celebrations in Melbourne.

The body representing Australian wool brokers has celebrated its 100th birthday with a walk down memory lane in Melbourne.

A centenary auction was held in the building which was the home of Melbourne wool auctions from 1914 to 1972 and was also the site of the first board meeting of the National Council of Wool Selling Brokers of Australia (NCWSBA) in January, 1920.

The old auction floor is now part of the Australian Institute of Music in Melbourne's King Street.

The auction was warmly supported by members of NCWSBA, major wool buyers and growers with 1316 bales sold to a top of 2250 cents a kilogram greasy for a bale of 14.3 micron fleece offered by Tarrangower from the NSW New England.

A big group of growers and observers including leaders of the wool industry watched the sale from a gallery overlooking the rear of the auction floor as auctioneers from 12 NCWSBA members took turns at wielding the gavel.

More than 200 guests then moved to the nearby Intercontinental Melbourne The Rialto for a cocktail reception.

The overall mood was upbeat after the Eastern Market Indicator had climbed another 13 cents during the week to finish on 1581c a kilogram clean while exporters were buoyed by signs the China trade was stirring back into life despite the ongoing coronavirus emergency. 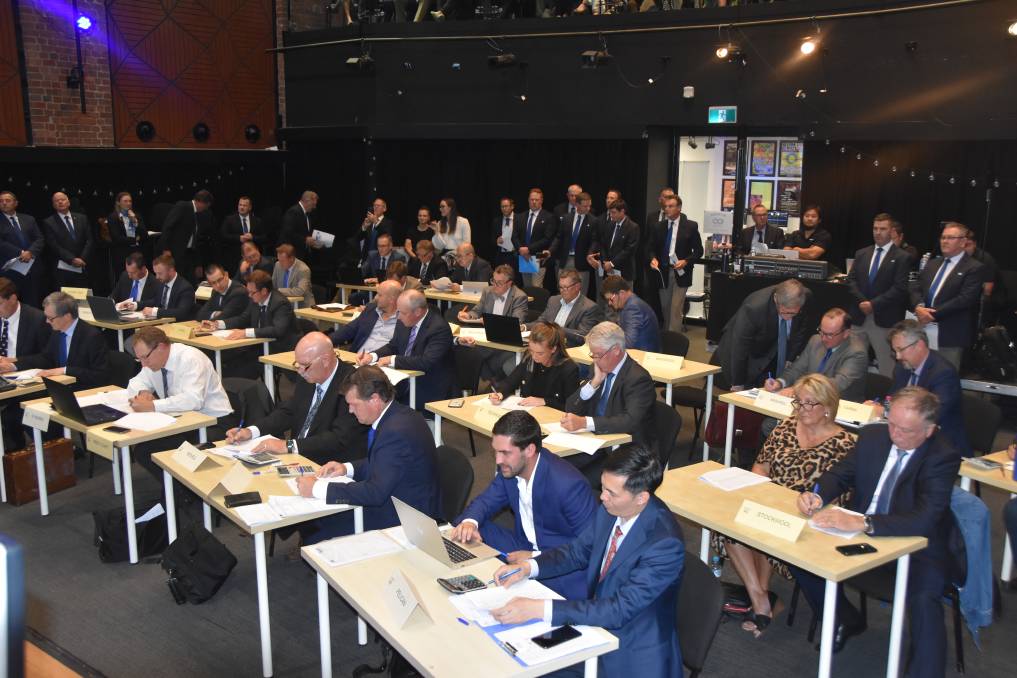 BACK HOME: Wool buyers in action at the special centenary auction in Melbourne held to mark the 100th year of the National Council of Wool Selling Brokers of Australia.

Michael Manion was a popular wool buyer who died in 2014 and the foundation identifies and helps people in the bush who are battling extreme hardship.

The two buildings which make up The Rialto have had a long association with the wool industry in Melbourne including being the location for Melbourne wool sales in the late 1890s and early 1900s.and also housed a number of wool broking companies.

The NCWSBA was originally formed for two years to help clear a stockpile of wool accrued during the First World War but has now clocked up 100 years.

President of the NCWSBA, John Colley, said the reason for its survival was the key role it had played in many industry challenges and developments during the past 100 years including clearing the big stockpiles left after the Second World War and again after the collapse of the wool floor price scheme in 1991.

He said wool broking companies now had an annual turnover of more than $20 billion, of which more than $3 billion was directly related to wool, and employed about 7000 people.

NCWSBA started preparing for the centenary in 2013 when it started a project to preserve the historical record of catalogues, journals, pamphlets and other ephemeral material held by each of its member companies.