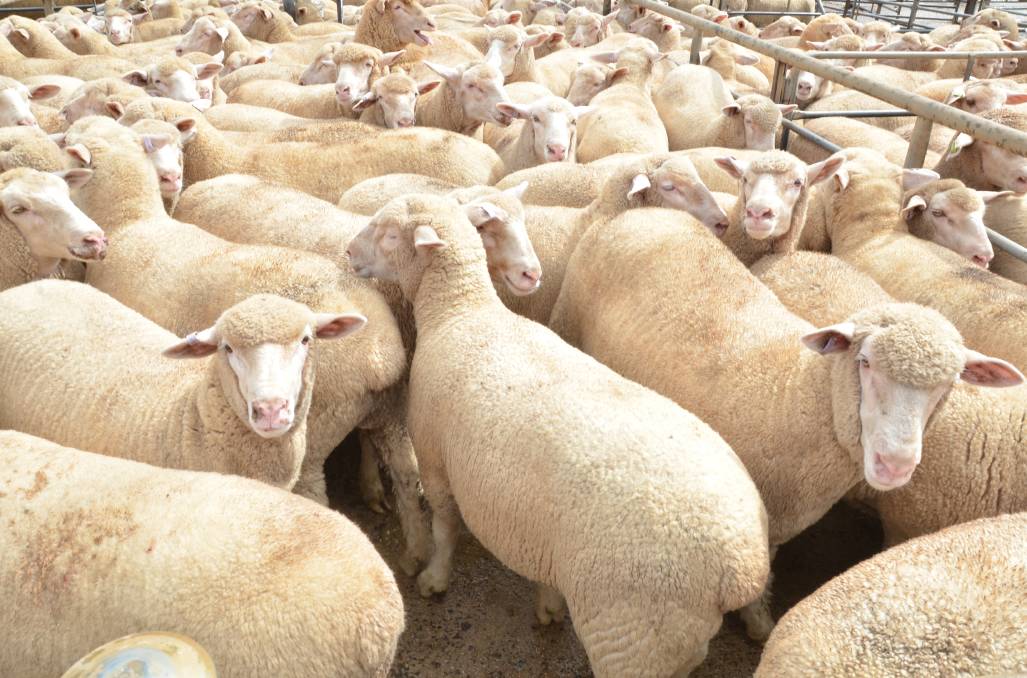 STRONG OUTLOOK: ABARES says while lamb and mutton prices will ease from the present peaks the outlook for the sheepmeat sector remains upbeat.

The national commodity forecaster, ABARES, is tipping some of the heat will come out of lamb and mutton saleyard prices in the medium term.

ABARES has put a dampener on those who think insatiable demand from China will keep sheepmeat prices soaring into the stratosphere.

The national commodity forecaster says while saleyard lamb prices will remain at historically high levels they will trend downwards during the next five years from the 2019-20 record peak of 790 cents a kilogram dressed.

China is tipped to remain a major importer of our sheepmeat but the buying frenzy sparked by an outbreak of African Swine Fever will cool as its pork production slowly recovers.

Beijing hopes China's pork output can reach 80 per cent of 2018 levels this year.

ABARES doesn't think coronavirus will have much impact on China's sheepmeat demand because of ongoing meat shortages however if efforts to contain the disease causes major ongoing disruptions to its supply chain, Australian saleyard prices and export volumes will suffer. 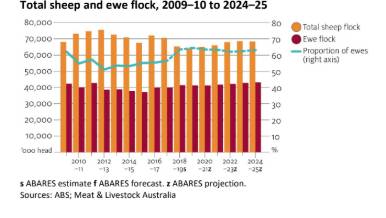 Competition from New Zealand exporters is also predicted to increase as they seek to expand their already large slice of the China import sheepmeat pie.

Back home ABARES predicts the national sheep flock will slowly rebuild from a 115-year low this year and climb by about four million head to 68.4m by 2024-25.

However, continuation of the dry seasonal conditions in recent years could see the flock contract further to 61.2m during the same period.

The current flock contains around 40 million core breeding ewes because drought and sky-high prices has triggered a rush to sell surplus stock.

Flock rebuilding is also likely to be slowed by high rates of turn-off as producers continue to take advantage of red-hot high prices.

ABARES says over the medium term saleyard prices will moderate in response to easing demand from China as its pig herd recovers and flock rebuilding commences in Australia and NZ. 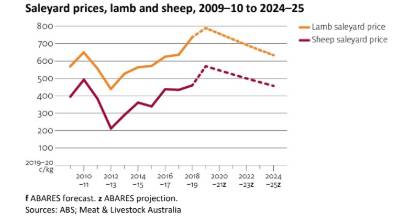 Sheep slaughter is expected to hit a low of 27 million in 2020-21 before slowly recovering.

Lower meat production and strong export demand will mean Australians will be eating less lamb is the medium term (down from 6.2kg in 2018-19).

Exports of lamb and mutton are expected to fall in 2019-20 to 414,000 tonnes in line with a depleted national flock and lower slaughter rates.

Over the medium term, exports of lamb and mutton are expected to recover because of the gradual rebuild of the national flock, reaching 438,000 tonnes in 2024-25.

Live exports of sheep are tipped to remain unchanged at between 900,000 and one million head per year out until to 2024-25.