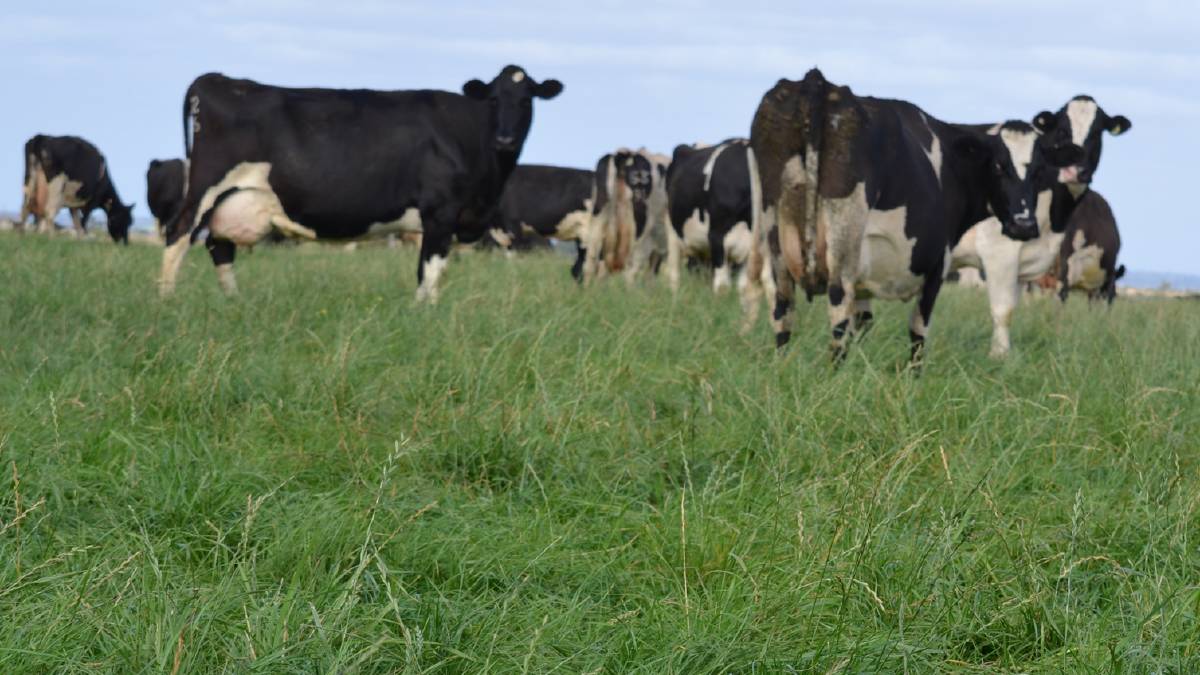 MILK PRODUCTION: Milk production is expected to recover in Australia on the back of better seasonal conditions but not for at least two years, according to ABARES.

The Australian farmgate milk price is expected to fall by 2024-25 after hitting record levels in 2019-20, according to the national commodity forecaster, ABARES.

The Australian farmgate milk price is expected to fall by 2024-25 after hitting record levels in 2019-20, according to the Australian Bureau of Agriculture Resource Economics.

The market was also vulnerable to price and supply shocks, while the Australian industry would face potential challenges from climate variability and higher irrigation water prices.

Mr Duver said intense competition for milk had driven higher farmgate prices in Australia, which it forecast to hit 52.4 cents a litre this year.

"Recent investment in processing capacity has resulted in under-utilised factories that require additional milk supplies to maintain profitability," he said.

"Processors will have an incentive to continue to offer farmers higher prices in an effort to encourage production.

"This may become unsustainable and increasingly risky for processors over the medium term. 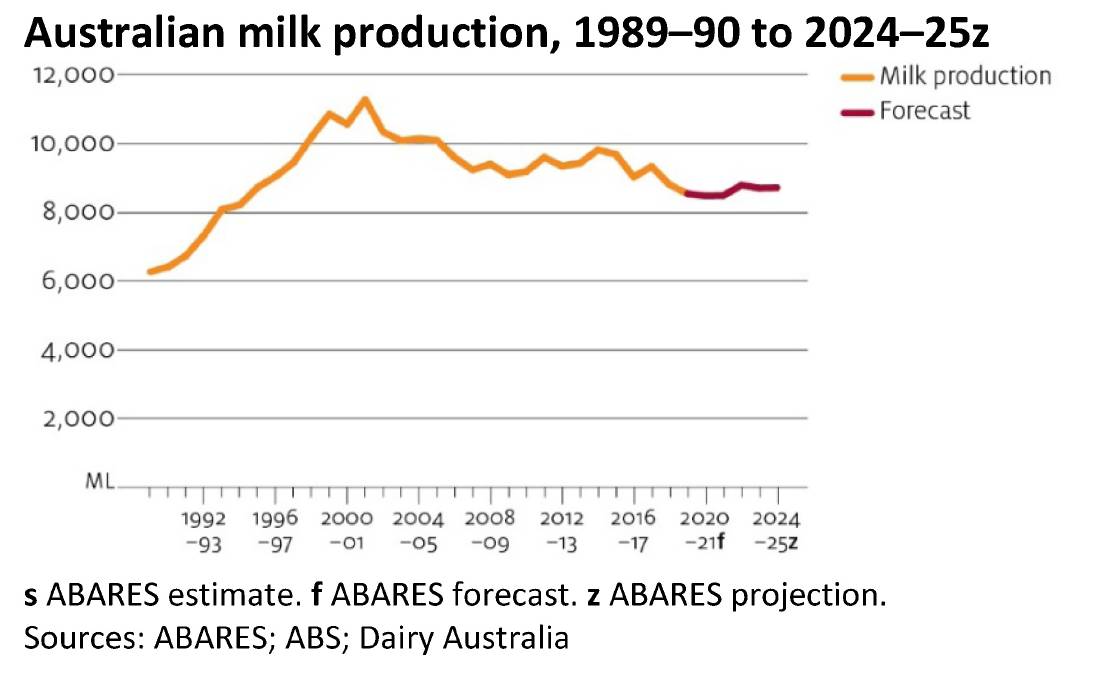 "The recovery of production is expected to lag behind an assumed improvement in seasonal conditions," Mr Duver said.

This was because farmers had been selling cows and it would take time to restock.

Farmers in the southern Murray Darling Basin would continue to face high water costs, and unless grain and fodder production increased and prices fell, farms exposed to these costs would continue to diversify.

But production is expected to recover by 2022-23, partly due to increased herd numbers and also to improved milk yield per cow on the back of improved pasture quality and availability and genetic improvements.

But this forecast depends on a return to normal seasonal conditions. "Global supply growth over the medium term is expected to be more subdued," he said.

"A slowdown in production growth could increase prices if forecast demand materialises over the medium term."

But world markets would be increasingly volatile due to an uncertain trade environment.

The United States applied a tariff surcharge on some European Union products in October, in a retaliatory move in a dispute on European subsidies for aircraft manufacturers.

The China-US free trade deal included improved market access for the US to China. 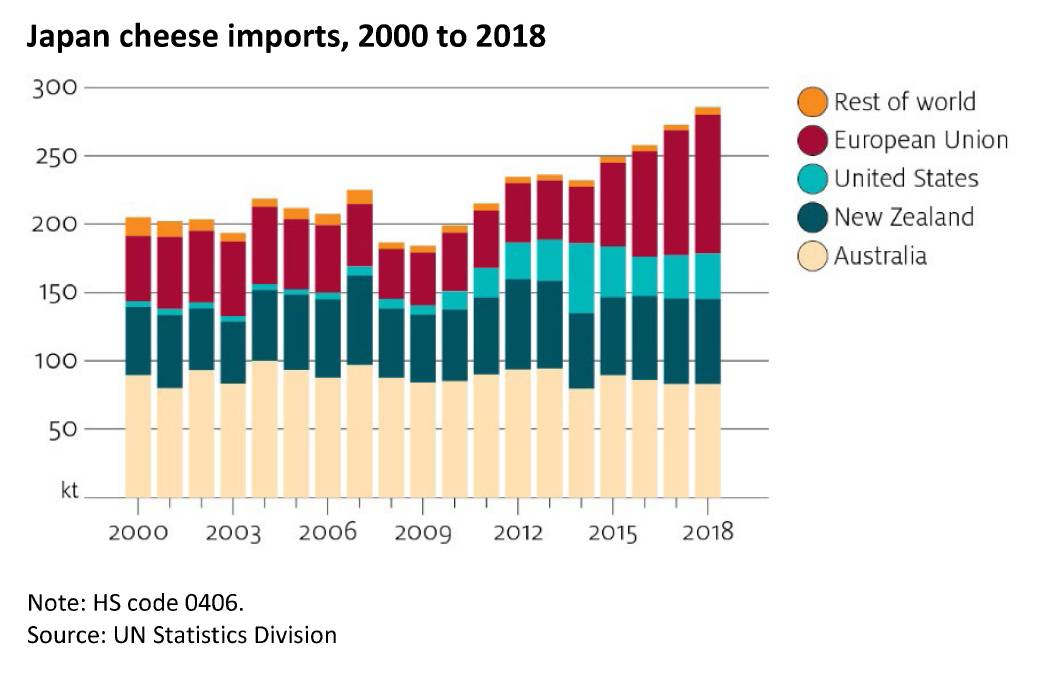 Cheese exports to Japan, Australia's largest market for cheese, face increasing competition from the US and the EU, as the result of trade agreements signed in the past year.

Australian manufacturers would also look to diversify markets away from China, particularly given it had implemented policy changes that had hit imports of products such as infant formula.

"If quarantine measures in China disrupt domestic supply chains then imports will be required to supplement domestic production, potentially through daigou channels," he said.