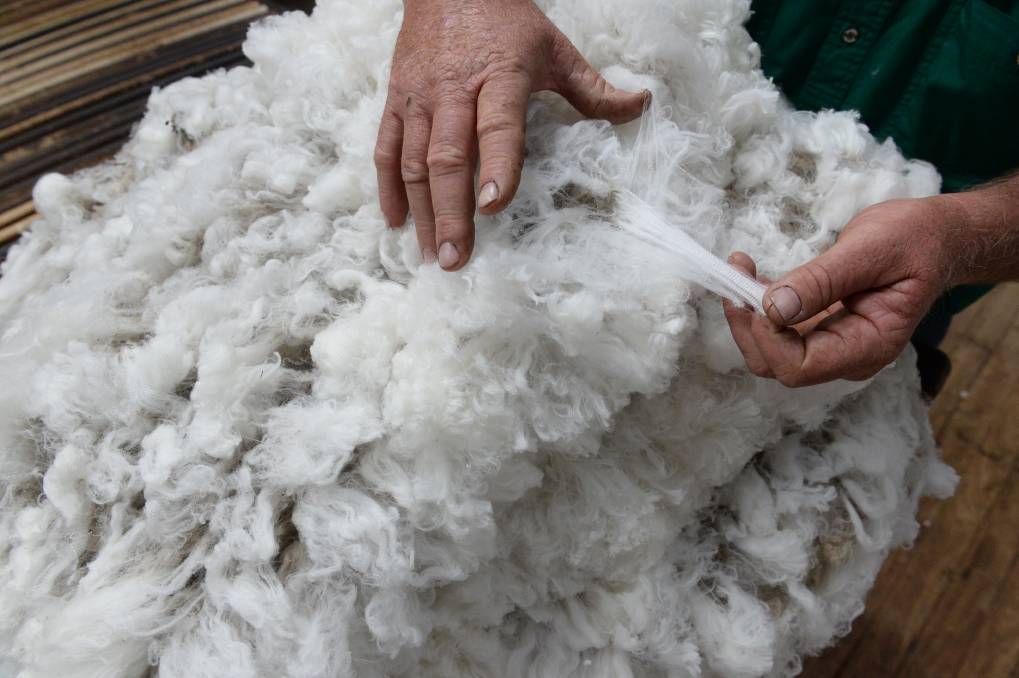 STEADY AS SHE GOES: ABARES is predicting wool prices and demand will experience modest growth in the next five years.

ABARES is predicting a modest rise in wool prices and consumption in the coming five years.

Wool's benchmark Eastern Market Indicator is tipped to rise over the next five years, reaching an average 1762 cents a kilogram clean by 2024-25.

ABARES, the national commodity forecaster, is predicting a slide in the EMI this financial year to 1580c from the previous year's peak of 1939c.

However, the EMI is expected to edge up during the next five years on the back of a slow recovery in Merino wool production in Australia and overseas, improved wool quality in Australia because of better seasonal conditions and stronger global textile demand.

ABARES says the wool market will also be boosted by a weak Aussie dollar.

Superfine, fine and medium micron wool prices will be supported over the medium term to 2024-25 by growing demand for woollen apparel, ABARES says. 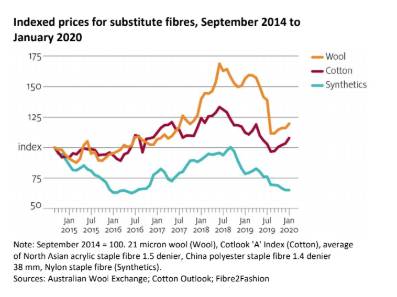 On the downside, however, income growth is expected to remain slow in advanced economies where per capita consumption of natural fibres is higher than in developing and emerging economies where consumers favour cheaper synthetics.

Australian wool prices are driven by consumer demand for woollen textiles and apparel in China and wealthier OECD countries.

Data from the US Office of Textiles and Apparel indicates that US imports of wool products (including apparel, blankets and carpets) declined by 4pc by volume year-on-year in 2019. 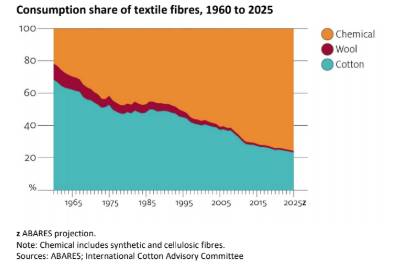 The trade dispute between the US and China saw additional tariffs of 15pc applied to US imports of woollen apparel from China in September, 2019.

The recent phase one agreement between the two countries left this tariff arrangement unchanged, so a total import duty of 31pc will continue to dampen demand for woollen apparel imports from China.

China is also a major consumer of woollen products, with domestic consumption accounting for 50 to 60pc of China's total raw wool imports.

In the eurozone, weaker consumer confidence and income growth also present a risk for discretionary spending on woollen apparel.

As a result of falling domestic consumption and exports, Chinese textile makers built up a stockpile of wool and woollen textiles during 2019.

This reduced Chinese demand for raw wool imports and resulted in a 33.5pc drop in the unit value of wool exports from Australia to China from September 2018 to September 2019. 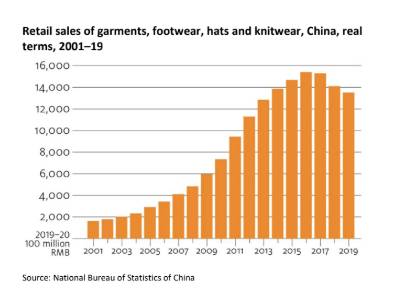 Demand for raw wool is expected to recover once remaining stockpiles are consumed and other prevailing drivers of low demand, such as the coronavirus (COVID-19) outbreak, are resolved.

ABARES says supplying non-mulesed wool is one way for producers to boost their prices.

According to the National Council of Wool Selling Brokers of Australia and the Australian Wool Exchange, average price premiums for non-mulesed Merino wool at auction reached as high as 108c a kg for 16 micron wool in July to September 2019.

The price of Australian mulesed wool is expected to be discounted against prices for Merino wool from NZ, South Africa, Argentina and Uruguay.