Both the Australian dollar and CBOT wheat futures were under pressure last week. 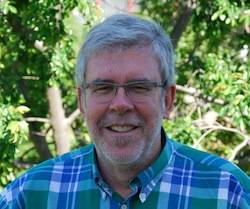 End of month trading was volatile in the last trading session of last week. Both the Australian dollar and Chicago Board of Trade wheat futures were under pressure.

Wheat futures fell sharply but then recovered a lot of lost ground into the close. The Australian dollar was similar, although in United States trading the recovery was not as strong. However, by Monday morning this week, opening trade in the Australian dollar had us well below 65 US cents, at US64.71c, down more than one cent on the previous daily close.

The Australian dollar has not been this low since the period from October 2008 to March 2009. In that time we had two monthly closes below February's close this year. We then go back to mid 2003 to find the dollar consistently lower than the current level.

Across the board negative moves in grain futures at the end of last week were more than cancelled out by the drop in the Australian dollar. In fact, nearby futures (now the May contract) have held close to $A300 a tonne, in stark contrast to US dollar futures values which have plunged to the lowest values since November last year. 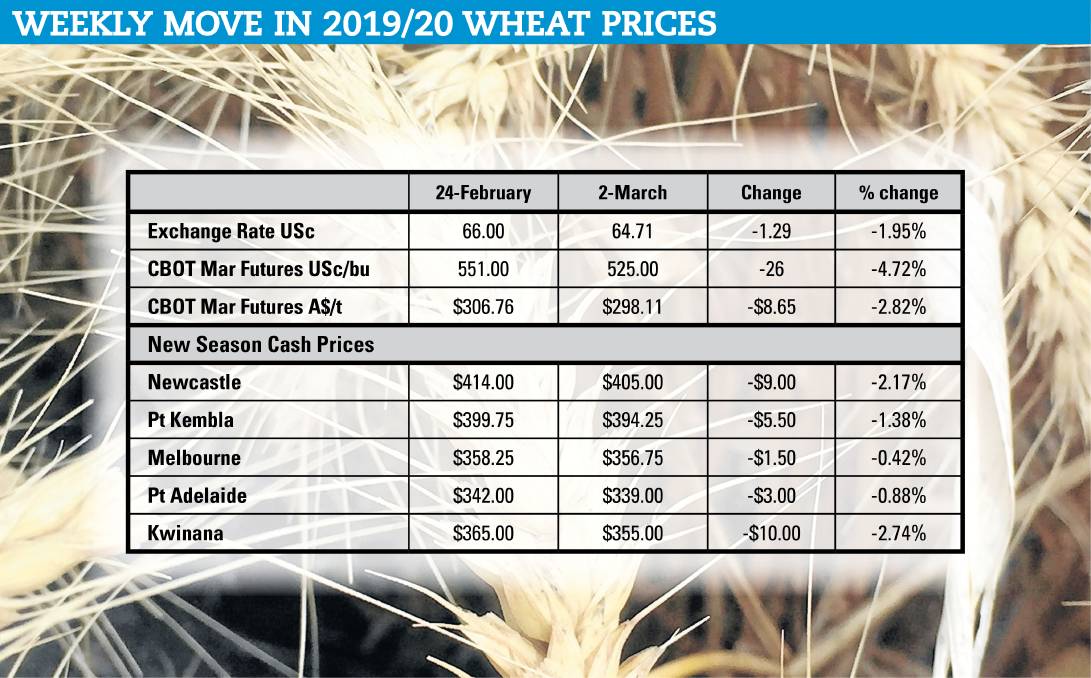 CBOT wheat futures peaked on January 22 our time. Since then we have lost $A13.17/t from the $A value of nearby futures. At the same time $US futures are down US54.8c, which is the equivalent of $A30.88/t at an exchange rate of US64.71c, which was recorded early on Monday morning.

As has been the case for much of the past month, a weak Australian dollar has been shielding our market from the full impact of declining global grain prices as the coronavirus has unleashed its impact on a range of commodity and financial markets.

It is pretty clear there is more pain to come from the coronavirus 'pandemic' (The WHO refuses to declare it a pandemic at this stage). Changing consumer behaviour (e.g. much less eating out) is already a factor in China and is likely to become an issue more broadly. The amount of food being consumed might not change, but the mix of food will. We are already seeing that impact in vegetable oilseed markets with less dining out in China.

For grains there may be less meat consumed as restaurant meals slide into decline globally. Eventually that ripples back to livestock feed demand in key global markets.

An overall decline in global economic activity appears hard to avoid as well, and with that will come lower household expenditure, and a change in eating habits on a global scale. Again that is likely to impact grain demand for livestock feed as higher cost, meat-based food consumption declines.