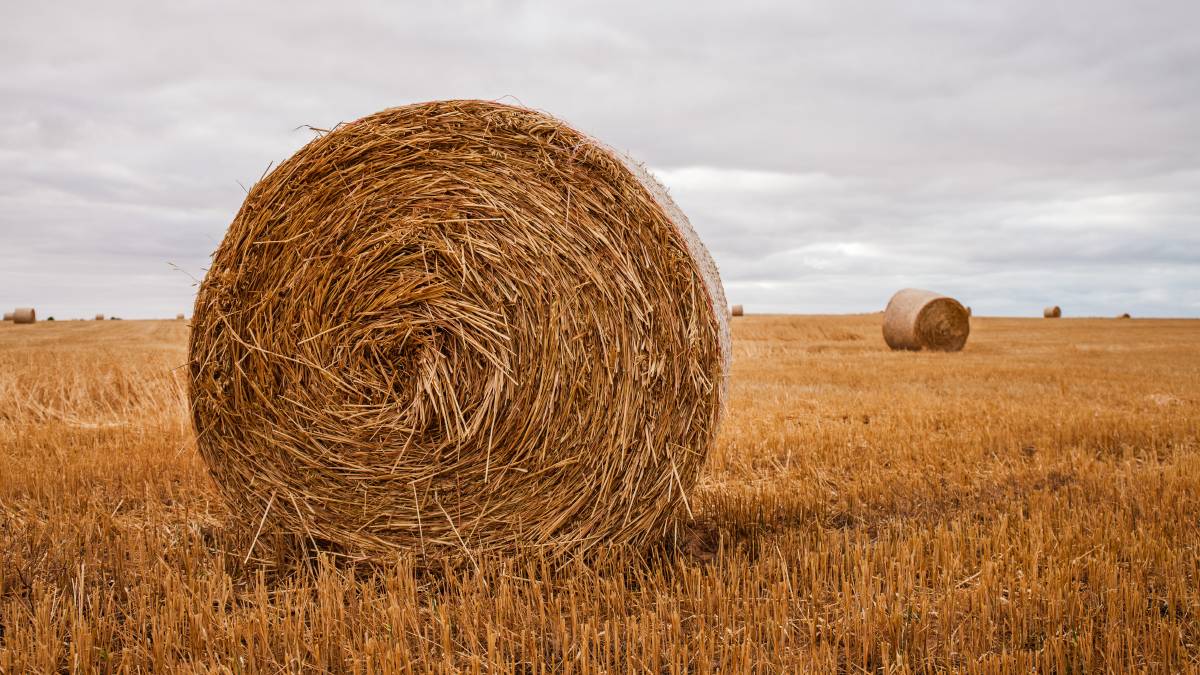 Despite red hot livestock prices and some seasonal good luck in parts of Australia, the fierce drought across many agricultural regions is likely to slash average incomes for broadacre farmers by eight per cent this financial year, and cut farm export values 11pc to $43 billion.

NSW has taken a real caning with farm cash incomes set to average zero in 2019-20, according to the national industry forecaster.

In fact, the Australian Bureau of Agricultural Resource Economics and Sciences expected almost a third of Australian farmers - particularly in NSW and Queensland - to have negative farm cash incomes.

Withered grain crop exports and the drought's savage impact on livestock numbers have sent export expectations tumbling to $43b - down 16pc since 2016-17 when farm products going overseas generated more than $51b.

Exports earnings were likely to stay around $43b next financial year, too, largely because drought-forced destocking had been so extensive in recent years the diminished herd and flock numbers would constrain production and export activity.

It's also well short of the industry's $100b target for the end of this decade, however, ABARES noted farmers had remained remarkably resilient and productive despite the prolonged drought and recent savage bushfires. 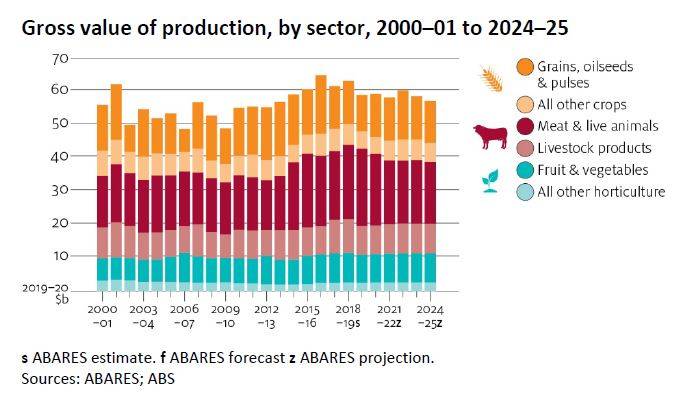 Launching the bureau's annual state of the industry outlook in Canberra, ABARES' chief commodity analyst, Peter Gooday, said while average real farm incomes across Australia were expected to be about four per cent below the 10-year average, the value of production was still hanging in above the 10-year average thanks to higher prices for livestock and some other farm commodities.

After assessing the impact of varying seasonal conditions and commodity market trends across all states, ABARES tipped broadacre farm incomes to average $153,000 in 2019-20 - down from $165,700 last fiscal year. 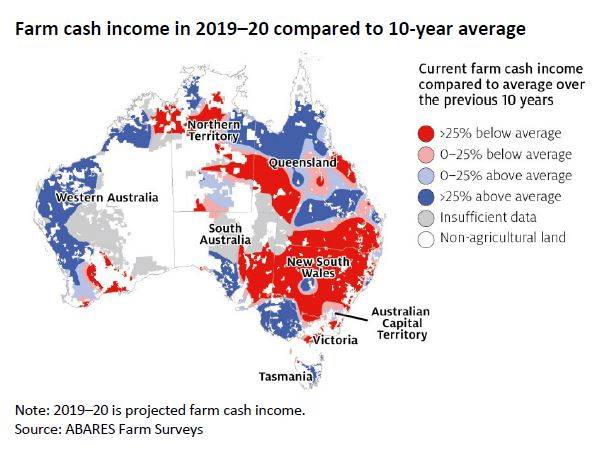 Mr Gooday said many regions had recorded their driest 12 months on record.

ABARES noted Australia's 2019-20 beef cattle numbers would be the lowest since 1990 and the sheep flock the smallest since 1904, with production 12pc lower than five years ago.

"Without those good prices, this year would look a lot worse," he said.

However, coronavirus posed a significant risk to demand for agricultural products, having already impacted items such as seafood and wine.

"We can expect grains and oilseeds exports to rebound quickly, but livestock numbers will take some time to recover and for cotton the speed of recovery will depend on how quickly irrigation storages are replenished," Mr Gooday said.

"Over the medium term to 2024-25, a gradual recovery in the production of livestock and livestock products is expected to follow herd and flock rebuilding, although recovery will take several years and livestock related production by 2024-25 will still be eight per cent below the 2014-15 peak."

The widespread bushfires during summer were not expected to have had significant impact on the agricultural sector on the whole.

Fires and smoke impacts in some areas were locally devastating, but most of Australia's agricultural production occurred outside the affected areas.